A Journey in Exile

We who survived and found ourselves heading to exile took the opportunity to begin a new life, to come to know other realities and to embark on different paths to continue transforming the world. Observed from a distance of four decades, it’s a strange privilege that was not within the grasp of the thousands who were killed, disappeared, tortured or silenced.

By the time Augusto Pinochet and the Chilean armed forces bombarded La Moneda, putting an end to the government of Salvador Allende, the Uruguayan military had already closed parliament and shut down the unions and all political parties two months earlier; they were just about to assault the universities. It was evident, even to the less politicized among us, that a cycle had reached its end. And for those who had been active party members since the end of the previous decade, the lives of each one of us was about to change. 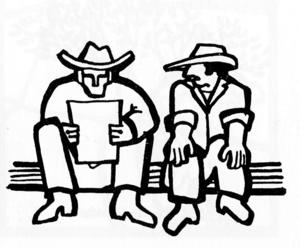 For me, Rafael Videla’s coup d’etat in Argentina in March 1976, just three years after the pinochetazo, marked the definitive closure of the democratic period. Argentina had been the land of asylum first for the Paraguayans and Bolivians, later for Uruguayans and Chileans. Except for the distant lands of Venezuela and the always-welcoming Mexico, with the coup in Argentina the region lost its last Latin American refuge, given that Peru was also governed by a right-wing military that had displaced the “progressive” Juan Velasco Alvarado government in the mid-1970s.

I headed to Spain, arriving some months after the Generalisimo´s death. I had the good fortune—for I certainly didn’t know what was about to happen—that this was to be a moment when society began enjoying its new freedoms, creating a climate of euphoria and social, cultural, and, to a certain degree, political mobilization. These Spanish developments, or to be more precise, the changes which had been occurring among madrileños, presented the first challenge to my recently acquired Marxist-Leninism, which I had incorporated unconsciously and which had shaped my thinking at that time.

I soon distanced myself from the Uruguayan and Latin American exiles and became immersed in local activism. I think that the greatest influence on my thinking, along with my greatest bewilderment, came from feminism, a movement that was taking its first, radical, steps on the peninsula. It wasn’t easy. It was like living through a life crisis even though feminism came to me through my activism in a radical left organization that proclaimed itself to be Marxist, something that should have softened the impact since it came from a terrain that I knew and respected.

Such was the power of feminism that nothing was left in place; above all, the sacrosanct relation between public and private spheres that we Marxists had cultivated in order to safeguard our patriarchal needs. In any case, sitting in the classes of feminist professors like Cristina Garaizabal and Empar Pineda was an experience as motivating as the endless discussions with grassroots activists who were not about to allow us even the smallest machista backsliding. Those were years of painful growth and great learning.

Thanks to feminism I learned to appreciate forms of action such as insubordination, nonviolent resistance, and civil disobedience. These were actions that rejected the armed struggle in which I had been formed in Uruguay, but still adopted the ethics of putting your body on the line and assuming the risks of repression, all of which required great self-control and collective discipline. Those were the years of the pacifist movement and anti-NATO protests, in which all of Europe fought against missile deployments and the militarization of society.

For me, incorporating a feminist perspective along with active nonviolence and anti-militarization, implied a complete change in my theoretical consideration and in my own search for analytic orientation. To these was added a third element, internationalism, which in those years took the form of solidarity with Central America, particularly with the Sandinista Revolution and the Salvadoran armed struggle. Finally, when these were put together with a movement that opposed military service on the grounds of conscience, and with the incipient environmental movement, I was able to enter territory that up until then was relatively unimportant in my country: the search for an ethical coherence between ends and means and the first tentative steps to questioning consumerism and the idea of indefinite material progress. These were the principal ideas that I assimilated during my European exile. These formed the key components of a thorough reexamination of my political and theoretical formation.

By the mid-1980s I began to travel to the Andean region, mainly to Peru and Bolivia, where I was able to stay for long periods of time. These trips underpinned my second ideological journey, as important as the first. There I met José Carlos Mariátegui and even more significantly, José María Arguedas. To my surprise José María, as he was known affectionately by the youth of the region, was a live and glowing presence in Peru, a land that had begun to bleed out from its internal war. It was they who guided me to the Andean communities near Cuzco and around Lake Titicaca, which I came to know first through their markets, clothing, and music, and only then through rugged and complex contact with the comuneros. The conversations I had with diverse Peruvian intellectuals, above all, anthropologists and historians, but also political and social leaders, were an invaluable source of learning for me, and one that is far from over.

I can say something similar about what I learned in La Paz and on the Bolivian altiplano, in communities of the Ecuadoran highlands and in the Colombian Cauca. There I discovered the wounds left by colonialism, the oppression etched by fire into the very color of their skin. And I learned about this by accepting my own rejection, or, better said, by feeling the traces of a positive, though painful identity, which emerged through that rejection. Doubts began to shadow my Marxist and western thinking, a way of thinking that neither feminism nor pacifism had succeeded in penetrating. The central role to be played by the state and the party in the revolution, those who would be its collective subjects and what those revolutionary changes would mean—all of this brought me back to the polemic between the Marxists and the Russian populists as well as to the ethnological studies that were published in La Paz by Katarista militants in the years I was in Bolivia.

That was the beginning. Only later could I come closer to Indian thinkers and indigenous thought, to their very different ways of conceiving of time and territory; to the absence of a concept like “revolution” and of identities such as “militant” or “intellectual.” The Indian community challenges the western notion of common sense in way that is as profound as the Andean geography itself and yet so different from the meadows of the Río de la Plata or the European plains. The majestic and frozen Andean peaks and their steep and warm surrounding valleys offer a geography as varied as the markets that they give rise to, into which diverse ecological zones are squeezed, and where a multitude of social relations coexist, making up a cartography of multiple rainbows.

For someone arriving from the south of South America, from a small country described in school texts as “gently undulating,” the discovery of Andean contrasts was a shock as staggering as having to accept the fact that at that time the rural comuneros, and not the industrial proletariat as we had been taught, were the most politically advanced sector of the Peruvian population.

From the point of view of social movements and theoretical deliberations, Pinochet’s coup was also a watershed moment. The labor movement never returned as the backbone of revolution, and theorists began to search for new change agents. In the early 1980s, when protests led by Chilean poblaciones forced the regime against the ropes, the poblador, and especially the pobladora, became the inescapable subject for activists and researchers alike. It was during these protests that the concept of economic solidarity began to be theorized based on the appearance of soup kitchens (ollas comunes), food exchange networks, and the webs of protection that sprang up in neighborhoods like La Victoria y La Legua.

In those years and throughout the continent, activism no longer concentrated in urban areas but instead focused on the rural labor force, on Indians and landless peasants, but also on young people and on women living in the urban peripheries who in many cases had come from the countryside. The emergence of Zapatismo in 1994 strengthened these developments just at the moment when everyone seemed defeated by the overwhelming momentum of the Washington Consensus. What follows is so well known that it’s not worth stopping to describe it. From the point of view of collective subjects and the development of critical theory, the tendencies that became visible during those years have deepened, but, in all truth, we are not currently facing new turns in the road.

One lesson I learned over this past half century is that critical thinking is like a plant: its growth is shaped by the environment in which it lives. Passing through Europe without being nurtured by feminism would be as sterile as crossing the Andean world without questioning colonialism and Eurocentrism. And I wouldn’t have been able to do any of this without leaving my country. When we speak of collective subjects we can say something similar: the mestizaje, the entanglements, the crossings are the practices that nourish life, the ones that enrich it.

Raúl Zibechi is a Uruguayan journalist, theorist, and activist. His most recent books translated into English are Dispersing Power (2010) and Territories in Resistance

Read the rest of NACLA's Fall 2013 issue: "Chile 40 Years Later: The Politics of Memory and the Memory of Politics"