A Kafkaesque Tale in Mexico City 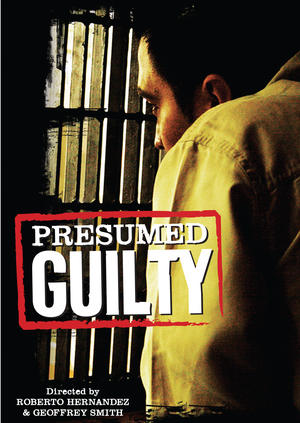 Presumed guilty tells the story of Antonio (Toño) Zuñiga, a young street-market vender in Mexico City, whose experiences with the police and criminal justice system make us recall the words on the gates of Hell, according to Dante’s Inferno: “Abandon all hope, ye who enter here.”

The situation is this: A young man is shot to death in a juvenile gang fight. The killer is unknown. Detectives who need an arrest pick up Toño at his open-air stall, where he sells computer equipment and video games. Several fellow venders later testify that they saw him working in his stall all day, far from the scene of the crime, and a gunpowder test indicates that he did not fire a gun that day. Despite the lack of any evidence whatever, Toño is found guilty on the basis of the testimony supplied by the murder victim’s cousin, who has evidently been coached by the police.

Working with filmmaker Geoffrey Smith, attorneys Roberto Hernández and Layda Negrete have produced a stunning indictment of a criminal justice system in which defendants are presumed guilty until or unless they can prove their innocence. Hernández and Layda, doctoral students at the UCLA School of Law, were drawn to the case because it so perfectly exemplified one particular kind of impunity embedded in Mexico’s legal system: the impunity enjoyed by arresting officers, especially in impoverished neighborhoods.

In Mexico’s labyrinth of criminal justice, the police are rewarded according to the number of arrests they make. And because defendants are presumed guilty when arrested, the arresting detectives, along with the prosecution, have very little work to do in order to build a case.

“If you are here,” a detective tells the wrongfully accused defendant in this powerful documentary, “you must be guilty.”

Much of the film consists of footage taken in a courtroom, after the filmmakers successfully petitioned to have a camera allowed in Toño’s retrial hearings. It is a story out of Kafka: “They said, ‘You did it,’ ” Toño tells the camera. “I said, ‘Did what?’ They said, ‘Don’t play dumb.’ ”

The police report indicates that the victim and the killer were members of rival gangs who knew one another and had clashed before. The victim’s cousin, Víctor, is the sole witness for the prosecution. According to the police report, Víctor remembered Toño’s nickname, proving that they were acquainted. On cross-examination, Toño, an extremely self-possessed and articulate young man, asks Víctor: “How did you know my nickname?” Víctor replies: “The police told me.”

Why do the police manipulate Víctor, inventing and omitting evidence? This key question goes largely unanswered in the film, although an anonymous detective tells the camera:

“Sometimes we have to make things up or exaggerate a little to protect ourselves or to protect society. Otherwise the criminals’ lawyers will get them off.”

In the film’s most dramatic and moving scene, Toño confronts his accuser.

Víctor: In no moment did the police intimidate me or force me to tell lies.

Toño: I invite you to take a minute to think about the harm you are causing me. You are ruining my life. I think it will take a weight off your shoulders to allow me to live a life I deserve. You don’t have to rush. Take your time. . . . If you choose to do so, I urge you to tell the truth. [He pauses, then continues.] Were you in a holding cell? Yes or no?

Toño: And they did a Harrison [gunpowder] test on you? Tell me how it turned out.

Víctor: I came out clean. If not, do you think they would have let me walk?

Toño: When you say you came out clean, I want you to know that they did the same test on me, that I came out negative. That means I never fired a gun. Therefore I didn’t kill your cousin, as according to you I did. [There is a powerful moment of recognition here between two young güeyes being manipulated by the same set of corrupt authorities.] Now I want to ask you: Did you see me kill your cousin?

Víctor [perspiring, nervous, hesitant]: I didn’t know that they did the same test that you now mention. And it is true that I did not see who fired the gun.

“My client had the misfortune of being chosen by the police to be the guilty party in this murder.”

The prosecuting attorney says nothing. The judge calls for a recess. The hearing reconvenes, and the judge dictates to his secretary:

“Today, February 25, 2008, the court has reached the following verdict: The court finds the defendant guilty of the murder of Juan Robles. The defendant is guilty beyond a reasonable doubt. You will serve 20 years, five months, and 18 days of imprisonment. . . . You have five days to appeal.”

But the cameras save Toño. In a happy ending, he wins a two-to-one verdict from an appeals court that takes into account the fact that the prosecution’s only source of “evidence”—Víctor—has recanted, on camera.

The filmmakers do not present the verdict so much as a triumph for justice as a triumph for the most influential participants in the case: the lawyers from Berkeley and the filmmakers, who may as well be from Hollywood. They encourage viewers to ask: What if Toño didn’t have the cameras recording everything? What if he didn’t have lawyers from a prestigious U.S. university behind him? What if, like other poor Mexicans who are picked up and arbitrarily prosecuted, he were left to fall back on his own resources? What then?

Fred Rosen is an independent writer based in Cuernavaca, Mexico. His blog, Mexico, Bewildered and Contested, is at nacla.org/blog/mexico-bewildered-contested.