Peruvian Cocaine and the Boomerang of History 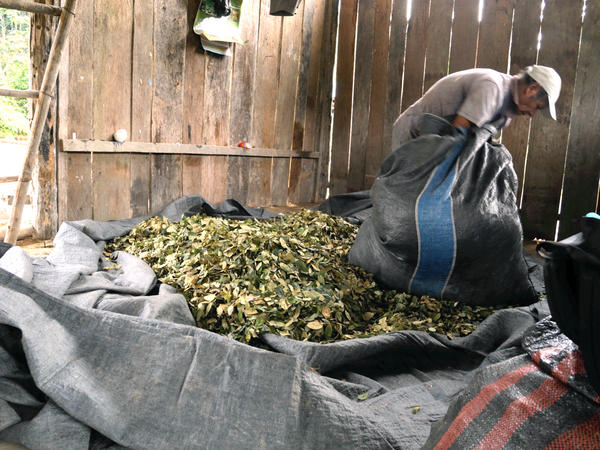 UN drug agencies broke the news in 2013 that Peru—not Colombia—had achieved the dubious distinction of becoming—once again—the world’s leading source for cocaine on the global market. After a decade of heavy eradication efforts, Colombia had significantly cut its coca crop to under 50,000 hectares, whilst Peru’s has soared to over 60,000. Colombia’s success in dispersing the trafficking groups that once plagued the country means that it could only muster 309 tons of cocaine, less than half its former peak. Peru manufactured about 340 tons of the drug, most of which successfully reaches its global consumers via aerial smuggling routes to the south.

International drug policy critics see this dramatic shift back to Peru, underway since about 2005, as a perfect example of the so-called “balloon effect”: push on drugs hard enough in one place and they simply scatter over borders to other illicit sites. In terms of the global availability of drugs, the costs and steep human damage of the international drug war are ultimately futile.

Historians also see in this dramatic role reversal a return to Peru’s longer historical relation with cocaine. The coca bush itself, Erythroxylon coca, botanists suggest, originated at least 8,000 years ago in what is now tropical northwestern Peru. Use of the sacred leaf became emblematic of pan-Andean culture during the reign of Tahuantinsuyo, the fifteenth-century empire of the Incas rooted in highland Cuzco. When European chemists extracted the alkaloid cocaine from the leaf in 1860, it was soon used as a medical anesthetic and popular stimulant additive. Legal exports of processed cocaine and in dried leaf for syrups (still found as a flavoring in the U.S. national soft-drink, Coca-Cola) gravitated to Peru.

By 1900, Peru’s eastern Huánuco province dominated global cocaine, selling about 10 tons, perfectly legal, around the world. It is not just this historic linkage, but also modernizing innovations, such as Peruvian pharmacist Alfredo Bignon’s 1885 invention of a cheap processing method, the antecedent to today’s peasant-made pasta básica de cocaína (PBC), or cocaine base paste, that have made Peru the homeland of cocaine.

Legal cocaine, increasingly controlled, declined as an export commodity, and Peru was effectively left the world’s sole producer by the late 1940s, when Washington’s cold-war era anti-drug pressures sent the drug into clandestine channels. Illicit cocaine was born with Peruvian smugglers, the 1949 Balarezo gang, and by the 1970s, was booming in the wild tropical Upper Huallaga Valley, just downstream from Huánuco. Peruvian-made PBC, after slipping north, fueled the explosive birth of the Medellín and other Colombian drug cartels. Similar developments engulfed the Bolivian lowlands starting in the 1950s.

By the mid-1980s, with more than 120,000 hectares in the Huallaga alone, Peru prevailed in the growing end of the global coca-cocaine industry, which reached an overall illicit capacity of around 1,000 tons, almost 100 times the peak of its once-modest legal industry. The country’s dominance faded by the 1990s when drug war-squeezed Colombian entrepreneurs achieved a vertical integration of cocaine, creating a vast new class of coca farmers in Colombia itself, a country with scant tradition of the bush. At the same time in Peru, the authoritarian regime of Alberto Fujimori finally cracked down on the Huallaga—less out of displeasure with drugs per se, than as part of a campaign to crush the Sendero Luminoso guerrillas thriving in the lawless zone. This repression included a risky U.S.-assisted “shoot-down” policy against trafficker bridge flights to Colombia. By 2000, at the start of the U.S.-financed, $8 billion, 15-year “Plan Colombia,” Colombia had about 163,000 hectares in coca, four times Peru’s shrunken share. Since 2000, Colombia has reportedly eradicated nearly 400,000 hectares, often through aerial fumigation.

Illicit coca and cocaine’s Peruvian resurgence since 2005 has quietly occurred in tandem with the Colombian government’s increasing military and social prowess in drug production zones, and Bolivia’s new ability to reign in illicit coca through innovative “social control” policies. The three Andean countries offer a sharp study in contrast. Colombia militantly embraced U.S.-designed drug repression tactics (though its policy elites are now openly questioning their sustainability); Bolivia has fully broken with the U.S. model to work with instead of against lowland grower unions; and Peru did its best, as usual, to ignore the growing problem, so politically remote from its booming coastal population and capital Lima. However, trans-nationalized Colombian, Sinaloan, and even Russian criminal groups, along with the continued disaffection of Peru’s Amazonian-based peasantry, have combined to reboot the industry.

This time coca capitalism centers in the dense network of the eastern river valleys known as the VRAEM (Valle de los Ríos Aprímac, Ene y Mantaro), rather than the traditional Huallaga or Cuzco regions. VRAEM accounts for about half of illicit crops, though coca could easily expand across 15 other Amazonian watersheds. About 75,000 households, often in peasant self-defense rondas, are directly involved, about the same number as during the 1990s. Reminiscent of Huallaga in the 1980s, Peru’s military has entered this otherwise unserved region to destroy reborn elements of Sendero, at the risk of confusing coca farming with “terrorism.” Yet, money-laundering scandals aside, drugs are still not front-page news in Lima. And export has totally switched directions: rather than targeted at the (now finally receding) North American market, Peruvian cocaine flows southward by air and overland through Bolivia for use in, and exports out of, Argentina, Brazil, and Chile, ultimately reaching the growing markets for the drug in Europe, Africa, and now even Asia.

In 2011, the election of an ostensibly maverick President, Ollanta Humala, signaled a promising switch in drug policy. He initially appointed Ricardo Soberón to head DEVIDA, the national anti-drug agency, who is Peru’s chief expert on drugs and human rights (and incidentally, scion of the nation’s last 1940’s legal cocaine-making clan). Soberón planned to refocus policies on negotiating with peasant associations to find workable livelihoods, building on local successes in crop substitution. However, intense U.S.-embassy pressure led to an unceremonious sacking of Soberón, and DEVIDA fell to pro-U.S. eradication advocates.

Now Washington’s most compliant Andean ally, in 2014 Peru will receive a record $100 million in U.S. anti-drug aid. Since the embarrassing UN revelations ranking it first in cocaine production, its government has set rashly high annual eradication goals: half the present crop, 30,000 hectares, smack in the guerrilla haunted VRAEM. Since cultivation spreads so easily—coca could balloon into inaccessible Amazonian zones close to Brazilian borders—this militarized strategy is unlikely to have the desired effect. Peru’s history of cocaine has come full circle, once again.

Paul Gootenberg teaches History & Sociology at Stony Brook University and is author of Andean Cocaine: The Making of a Global Drug (UNC Press, 2009).