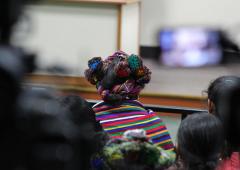 A national court has found that the Guatemalan army committed genocide. But it has also found Rodríguez Sánchez, Ríos Montt’s chief of military intelligence, not guilty. Survivors are determined to continue their struggle for justice. 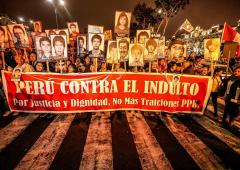 A Deal with the Devil: The Fujimori Pardon
January 5, 2018
Jo-Marie Burt

Peruvian President Kuczynski’s humanitarian pardon for Alberto Fujimori, who was serving a 25-year sentence for human rights violations, was a quid pro quo to avoid impeachment. Can it be revoked? 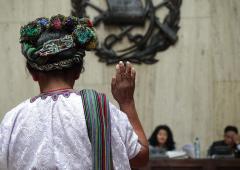 Under pressure from entrenched economic and military interests, Guatemala's Constitutional Court undid its historic genocide ruling in 2013. The trial is set to resume on January 5, but faces last-ditch efforts to derail it. 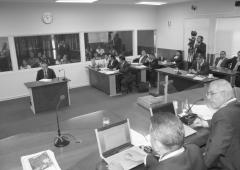 The Senate report on torture obligates the United States to prosecute those who sanctioned its use. Latin America’s efforts can help show us how. 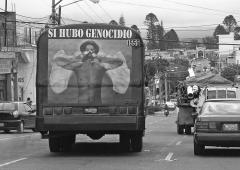 On May 10, 2013, before a packed courtroom, a Guatemalan court declared that it had found former de-facto president General José Efraín Ríos Montt guilty of genocide and crimes against humanity. Just 10 days after this historic ruling, Guatemala’s Constitutional Court vacated the verdict against Ríos Montt and ordered a partial retrial of the legal proceedings from April 19 forward.