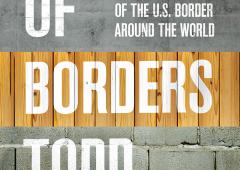 Todd Miller examines the ever-extending reach of U.S. border enforcement in an excerpt from his book Empire of Borders: The Expansion of the U.S. Border Around the World (out July 23 from Verso Books) 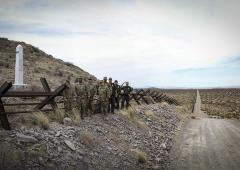 The U.S. frontier as a zone of profit and sacrifice 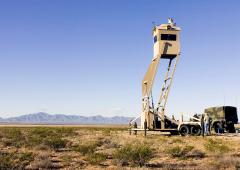 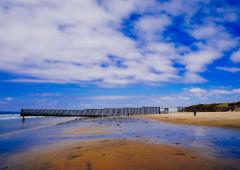 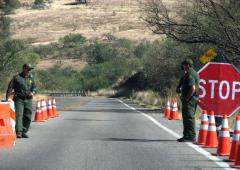 How the U.S. Border Patrol has turned Native American lands near the U.S.-Mexico border into a de facto war zone. 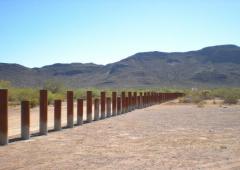 An excerpt from Todd Miller's book Border Patrol Nation exposes the Tohono O’odham community's perseverence in the face of the increasing militarization on its ancestral lands.

Among the villains in the crosshairs of the Department of Homeland Security’s $57 billion 2012 Fiscal Year budget are coyotes, the smugglers migrants often hire to help them enter the United States without authorization. The border enforcement part of this budget, which supports an all-time high number of agents and officers, will in part focus on taking down these "criminals." However the book, Clandestine Crossings, by David Spener, directly challenges this "discursive" and costly fable about coyotes, and in doing so reveals that coyotes play an essential role for migrants trying to resist a blatantly unjust system.

Even though a federal judge blocked key controversial provisions of Arizona's new immigration legislation, one of the harshest anti-immigrant laws ever passed in the United States still went into effect on July 29 in that state. This law, however, didn't come out of thin air. The "zero tolerance" logic behind the law mimics what has already been established by the federal government. Indeed, the confluence of these immigration, military, border, and economic policies in Arizona has not only made it the country’s primary laboratory for draconian immigration policies, but also connects the U.S. border zone to a broader international context of “global apartheid.”

This article originally appeared in the July/August 2010 edition of NACLA Report on the Americas.

After January's earthquake in Haiti, the U.S. Department of Homeland Security immediately implemented a mass migration plan to manage any influx of refugees coming from the country. Coast Guard spokesperson Lt. Chris O'Neil said that "The goal is to interdict them at sea and repatriate them." O’Neil’s declaration reflects the same much-criticized immigration policy that the United States has implemented toward Haiti for dozens of years, a strategy that often corrals the blowback of a long history of U.S. meddling in Haitian internal affairs—both politically and economically. This blowback could be even more explosive now with 1.2 million homeless Haitians living in the squalor of tent cities.