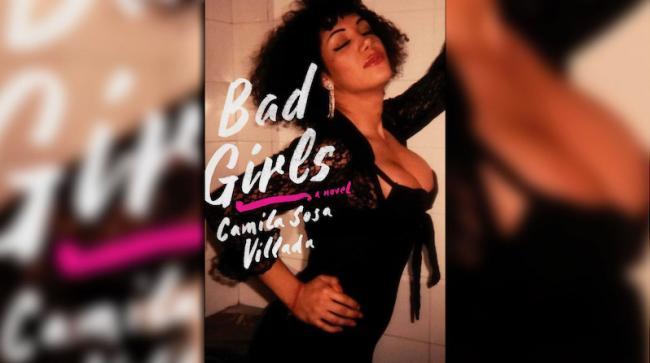 Villada’s novel follows a family of travesti sex workers led by matriarch Auntie Encarna and her protégé, Camila. Auntie Encarna’s discovery of an abandoned infant in a dumpster spurs the escalating attention of townsfolk to the travesti’s pink home, where they decide to raise the child. Bad Girls centers around Camila, a 21-year-old student, sex worker, and travesti as they navigate between the escalating violence in Córdoba and the fleeting enchantments of Auntie Encarna’s pink house.

The translation of Bad Girls gives English language readers the opportunity to access often overlooked narratives of Latin American gender and sexuality. The realities of travestis are unknown to most of the world, as travestis are underrepresented or often conflated with transgenderism. The globalization of Eurocentric LGBTQ politics leaves little room for alternatives such as Two-Spirit or travesti peoples. Therefore, it comes as no surprise to see that the novel is suffused with a sexual politics of being.

This is most evident in the author’s note, “The Word Travesti,” which contains a brief but cogent argument against the sexual hegemony of the Global North. Bad Girls is inspired by Villada’s experience as a travesti sex worker and the lived realities of Latin American epistemes.

Infused with pain and heartbreak, Villada takes readers to a world where magic is real and reality is cruel. The novel eschews conventional narrative, opting instead for a subtle character portraiture of the travestis living with Auntie Encarna. These portraits convey Latin America’s rich and painful obsession with, and hatred of, travestis. Bad Girl’s everyday realities of magic and the weird are merely background contouring for the much more grounded risks and dangers in the shadows of Sarmiento Park.

Bad Girls highlights not only the violence travestis face, but also their loves, hopes, and dreams. Villada takes us on a journey to meet the clients and lovers of the pink house. Among them is the Headless Man, a decapitated African refugee infatuated with the 178-year-old Auntie Encarna. The Headless Man is one of many who seek the comforts of the travestis of the pink house, not for sexual or exploitative reasons, but for the consolation of one who knows what Otherness feels like. It is a familiar occurrence, as Villada introduces us to the various “johns” who Camila entertains. Most are unnamed, but their self-hatred sticks with the reader. It is through these customers that we are able to see the role that travestis play in society. The obsessive societal perceptions of travestis are made reality as we follow the rules and struggles of their clients.

While the story follows Camila, many detours are made to explore the other residents of the pink house. The infant discovered at the start of the novel is Twinkle in Her Eye, an apt name as he increasingly becomes the center of events at Auntie Encarna’s pink house. Twinkle in Her Eye is the impetus for the heightened visibility of travestis in Cordoba. His presence corrupts the delicate balance that the townspeople have with the travestis of Sarmiento Park. The fact that the boy is clairvoyant is secondary to his life in the pink house. His caretaker is Maria the Mute, whose increasing withdrawal from society is accompanied by her transformation into a bird. Maria the Mute grows feathers, then a beak, and finally her form changes completely. Her transformation runs parallel to the escalating violence against the travestis until she is finally left defenseless, in a birdcage. Then there is Natali, the seventh male daughter and godchild of President Alfonsin, whose birth order destines her to a life of lycanthropy. In between babysitting Twinkle in Her Eye and sex work, Natali is confined to the attic of the pink house in her werewolf form. Villada imbues magic in her characters to humanize the realities of a child who has seen too much or sex workers who are overwhelmed by an increasingly hostile community.

Travestis do not need the blessings of GLAAD activists or the validation of American academics. The languages of gay and lesbian, transgender, or intersex do not capture the messiness or the beauty of travesti lives. As Villada states, “we removed the upper layers of theory and what was left were the insults, covered very nicely in good manners and what was left were the prudish white politesse.” The pain and wounding of travestis cannot be found in the sanitized, family-friendly notions of the Global North. It exists, and has existed, without us; Villada’s experience in travesti and sex worker circles provides proof of that. Bad Girl’s commitment to a pseudo-autobiographical novel offers a unique entryway into questions on representation of violence and community.

A recurring motif of the novel is the growing visibility of travestis and sex workers in Córdoba. This is especially motivated by the heteronormative moral panic of a child being raised by “sexual deviants.” Yet these women have always been visible. The travesti reality in much of Latin America is a complex one; they are coveted, but shunned; shamed, yet respected. They are peripheral beings who dwell in the darkness of Córdoba’s alleyways. They are an urban figure allowed to exist for the pleasure and cruelty of others, but when that in/visibility is threatened by the presence of a child, Villada thrusts us into the urban politics of sexual deviance. As parks are raided and alleyways are lit, we are forced to consider the changing landscape of an exploited community.

The tragic irony of Bad Girls is that readers themselves are the antagonists. Here exists a world of shadows and secrecy, where visibility is the death of the self. Like Blanche DuBois of A Streetcar Named Desire, travestis rely on illusions and tricks to maintain a façade. They fear daytime and overhead lighting—the appearance of womanhood is broken when their makeup is exposed and penis bulges are shown. To be seen by others is a failure and to lose control means death. When out of the pink house, they are subject to the whims of the world, ranging from cop patrols and hate crimes to sunlight and catcallers.

As readers, we are implicated by our literary voyeurism into the world of a community whose rules are unknown to most. It is this visibility that encourages the Global North to make their own rules about travestis. Activists and academics alike witness the lives of travestis in Latin America and subject them to Eurocentric sexual and gender logics. As Villada states, “we were already here, the same as you, and had been for a very long time. The abundance of these lands belonged to us too.” By drawing attention to them on our terms, with our language and analyses, we subject them to epistemic, and potentially material, harm. Then we must ask ourselves, why did Villada write this book? A question she answers in four words: “I reclaim the scorn.”

Bad Girls asks us to listen and learn, rather than speak, about travestis. The novel follows through on its promise to illuminate the social world of an ostracized yet vibrant community. Originally published in 2019, Bad Girls is perhaps responding to the vibrant sexual and gender politics of the region. Over the past two decades, Latin America’s attitudes and policies towards LGBTQ persons have generally improved. Argentina has seen its fair share of reforms, but its tolerance and acceptance of sexual and gender minorities is suspect. The state has historically coded queer persons as unpatriotic because they contrast with the masculine image the nation has ardently projected since the 1930s. Attacks on transgender people in Buenos Aires have increased, and Argentine queer communities find themselves overpoliced.

The novel implicitly questions whether these LGBTQ reforms have any effect on lived realities. The character’s lives are rarely improved by anyone but themselves and the representations of the state in the book are seen as harmful or counterintuitive. The apolitical tendencies of the travesti characters are perhaps a more accurate portrayal of the political landscape of gender and sexual minorities in Argentina.

Narrated with affection and tinged with lyricism, Bad Girls reveals the precarity of travesti livelihoods and what could be an exploitation novel is instead a beautiful treatise on travesti autonomy. Villada’s personal experience, social commentary, and elements of magical realism coincide in Bad Girls to deliver us a brilliant piece of fiction.

Zeles Vargas is a PhD Candidate in Anthropology at Washington University in St. Louis. His research is on state violence and queer refuge in Argentina.