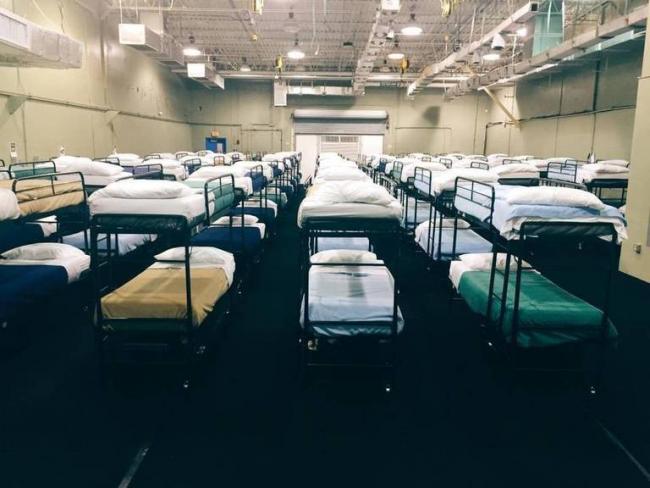 On February 18, Biden’s U.S. Citizenship Act of 2021 was introduced to Congress. The bill proposes extensive reforms to improve pathways to citizenship for 11 million people, alleviate court backlogs, and address the root causes of migration. According to sponsoring congresswoman Linda Sanchéz, the Act will “restore the United States’ commitment to human rights.”

After the unhinged brutality of the previous administration’s approach to immigration, this Act gives grounds for hope by substantiating Biden’s campaign promises to shift away from implicit criminalization and hostile enforcement.

Biden has since called upon the Federal Emergency Management Agency (FEMA) to oversee the care of 4,000 children in temporary shelters across Texas, further fueling incendiary media claims that we are facing an anarchic "border crisis.” Despite White House claims of operational improvements within these temporary influx facilities, community members insist that they are inherently dangerous and beyond reform.

The reopening of Carrizo Springs and Homestead not only undermine Biden’s campaign promises, they contradict various provisions within the U.S. Citizenship Act of 2021. The Act arguably serves as the foundational blueprint for this administration’s immigration reform efforts. Such an immediate and massive rift between proposal and practice begs the question whether broad claims will indeed be backed by meaningful change.

Unaccompanied Immigrant Children and the “Best Interests of the Child”

Unaccompanied immigrant children are minors under 18 years of age arriving at the U.S. border without the presence of a biological parent. High rates of severe psychological trauma, compounded by age and language barriers to self-advocacy, make unaccompanied immigrant children one of the most critically vulnerable populations of migrants and refugees.

The Flores Settlement Agreement outlines primary obligations regarding the treatment of unaccompanied immigrant children in federal custody,  establishes basic minimum standards of care, and mandates time limits for children in federal holding facilities. These obligations have gone unfulfilled in the past, and children have suffered physical violence, sexual assault, and medical neglect that have led to the deaths of several children.

Ironically, emergency influx facilities such as Carrizo Springs and Homestead are used to help federal agencies meet the Flores obligation of transferring children from Customs and Border Protection into Health and Human Services facilities that are, in theory, more equipped for childcare. Unfortunately, legal loopholes associated with federal property regulations, national emergency declarations, and institutional privatization have frequently rendered these facilities no safer. It’s time to revamp legislative protections for unaccompanied immigrant children.

The Act proposes reasonable access to detention and shelter facilities for both governmental and nongovernmental oversight mechanisms and increased funding to school districts to improve unaccompanied immigrant children’s access to education. The Act mentions support for and access to gender, trauma, and age-sensitive humanitarian assistance including “to fund national- and community-led humanitarian organizations in humanitarian response.”

Why would the Biden administration propose a bill that seeks to enhance legal frameworks to protect unaccompanied immigrant children while simultaneously reopening mass influx facilities that have caused immeasurable harm? According to Press Secretary Psaki, “This is not kids being kept in cages... ...This is a facility that was opened that’s going to follow the same standards as other HHS facilities. It is not a replication.”

But how different can these facilities really be while maintaining original infrastructure, mass bed capacity, and legal loopholes that previously allowed abuse to occur behind closed doors? According to local community activists and immigrants’ rights attorneys–not enough. Press Secretary Psaki’s comments are reminiscent of Kirstjen Nielson’s reference to these facilities as “summer camps.” Attempts to assuage public concern by semantically differentiating a “shelter” from a “detention center,” despite prisonlike conditions and testimonies of abuse, is an egregious misrepresentation of reality. Local community activists are acutely aware of this rhetorical pattern, and the fight against the reopening of Homestead is already underway.

Abuses at the Homestead detention center are well documented. Its prospective reopening is cause for grave alarm. Amnesty International’s 2019 report, No Home for Children: The Homestead “Temporary Emergency Facility,” documents a consistent failure on behalf of the facility’s managing company, Comprehensive Health Services (CHS), to fulfill obligations regarding the best interests of the child. According to this report, prisonlike conditions, widespread case mismanagement, harassment, and abuse were exacerbated by “the continued categorization of Homestead as a temporary emergency facility–as well as its location on federal land–[which] enables it to circumvent the more stringent requirements governing permanent shelters.”

Facilities like Homestead and Carrizo Springs are not required to meet state regulations regarding child welfare, and they are not subject to the associated mechanisms of oversight, accountability, or staff vetting processes. Homestead staff members who were hired without proper background checks have been implicated in multiple cases of sexual abuse against children.

Homestead’s for-profit business model, which incentivized cost cutting and bed-filling over the safety and dignity of unaccompanied children, made it more dangerous. But regardless of whether CHS will resume management of Homestead, the physical site itself has proven unfit to house children in any capacity. The American Friends Service Committee (AFSC) published a 2020 report detailing environmental conditions that pose “serious health and safety threats to the children who were housed there, including possible exposure to toxic chemicals from a neighboring Superfund site.” The report shows that there is “widespread contamination surrounding the shelter and the ability for many of these chemicals to travel in soil and groundwater raise considerable concern that detained children were exposed to unsafe levels of hazardous chemicals.” The hazardous chemicals found in toxic levels include pesticides, arsenic, and lead.

Mass influx facilities are fundamentally unable to offer the kind of individualized care needed for such a vulnerable population of children. According to Neha Desai, the Director of Immigration with the National Center for Youth Law, "The size of the facility itself really precludes the children's basic well-being." Desai interviewed children detained at Homestead and described many of them to be “living in this condition of constant toxic stress." Furthermore, the size of other large-scale facilities has contributed to grievous case mismanagement. With hundreds of children still separated from their parents in the wake of Zero Tolerance, there are valid concerns that this has led to children being permanently lost. It’s both horrifying and impossible to imagine the true scope of pain and suffering that has occurred because of these facilities’ negligence and abuse.

Community organizers across the country are calling for influx facilities to be shut down, and for the administration to instead prioritize investment into community and family-based care, home studies, and post-release services. The instances of negligence and abuse within mass influx facilities have been too frequent and too severe to reasonably consider them exceptions to an otherwise acceptable model. Homestead and Carrizo Springs do not represent an unfortunate inevitability, but an informed policy choice aimed at maximizing profits by disappearing a problem instead of committing to long-term, durable solutions.

At the very least, the U.S. Citizenship Act of 2021 demonstrates executive acknowledgment of reasonably humane standards for the treatment for unaccompanied immigrant children in federal custody. Unfortunately, this does not guarantee concrete action. Prison abolitionist movements have taught us that surface level reforms can further problematize efforts for meaningful change. The more normalized these influx facilities become, the more difficult it will be to dismantle them further down the road.

Mass influx facilities are fundamentally unsafe for children, and they must be permanently shuttered. AFSC, Freedom for Immigrants, and United We Dream were instrumental in the initial closing of Homestead, and local chapters are continuing to mobilize against the facility’s renewal. We are in an unprecedented political moment in which radical justice for immigrants is possible, but it will not happen without sustained community action. The lives and safety of thousands of unaccompanied immigrant children depend on our continued advocacy and attention.