Brooks County, Texas, and the Geography of Migrant Deaths

The number of migrant deaths in Brooks County, in the southern part of Texas, has exploded over the last year.
Tweet
Joseph Nevins
Border Wars
1/29/2013

From 1995 through 2012, a time of dramatically intensified policing of U.S. territorial boundaries by federal authorities, the remains of over 6,000 migrants were recovered in the U.S.-Mexico borderlands. This made for an average of almost one recovered body—in whole or in part—per day over the 18-year period.

There were also at least hundreds of additional deaths in other “crossing” areas such as the Caribbean. There, a high number of would-be immigrants from the Dominican Republic have drowned or have been eaten by sharks while trying to enter Puerto Rico without authorization in order to settle there or to board a flight to the United States free of immigration controls.

In both relative and absolute terms, the number of migrant deaths brought about by environmental factors, especially extreme heat, has also increased since the mid-1990s. Along the U.S.-Mexico boundary, exposure today appears to be by far the most common cause of death. At the same time, greater numbers of fatalities are taking place in fairly remote areas as migrants cross in increasingly isolated zones to avoid detection by the ever-larger enforcement web throughout the border region. 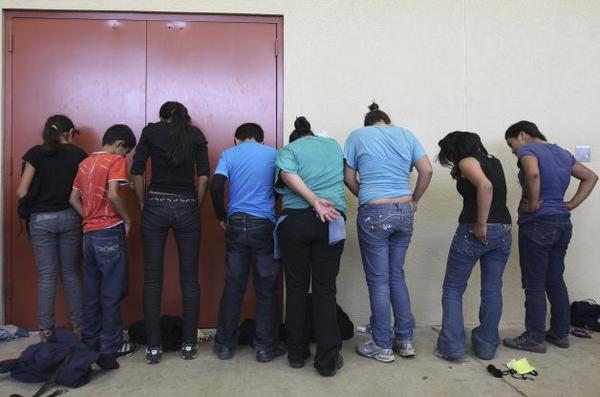 One such place is Brooks County in southern Texas. While Arizona still is still “ground zero” for migrant deaths—179 human remains were recovered in the state in Fiscal Year 2012—Brooks County, a rural area of less than 8,000 inhabitants, seems to be catching up. In the 2012 calendar year, authorities recovered 127 migrant bodies in the area surrounding the Border Patrol checkpoint in Falfurrias, the county seat, about twice the number the previous year. With so many dead migrants and so many of them unidentified, the local cemetery has run out of “John Doe” and “Jane Doe” burial spaces.

Located on Highway 281 and quite far from the actual U.S.-Mexico boundary, the checkpoint sits on the main route to Houston, about 300 miles away. Circumventing the checkpoint is central to migrants’ efforts to reach their destinations. 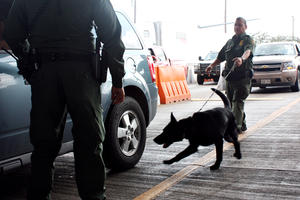 As Mary Jo McConahay wrote in a 2007 Texas Observer article on migrant deaths in the county (where there were 56 recovered migrant bodies in 2006): “Brooks County is some 70 miles from the U.S.-Mexico border. The checkpoint here tallies more interceptions and drug confiscations than any other in the nation. Migrants are either dumped just south of the checkpoint by coyotes, or they reach Brooks after walking all the way from la linea, which takes about 60 hours. They enter the ranches and desert stretches, avoiding the checkpoint until hours later—ideally for them—they reach highway pick-up spots around the town of Falfurrias or nearby ranches.”

As has long been the case, the Border Patrol obscures its role in driving unauthorized migrants into ever-more lethal terrain and instead blames the c 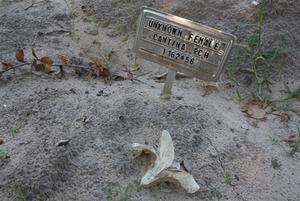 "Jane Doe" grave in Falfurrias. Credit: Hannah Rappeleye/NBC Newsoyotes, or smugglers, for the deaths of migrants, a large portion of which are from Central America. As one agent told NBC News last October, “Don’t put your life in the hands of these ruthless people. To them, you’re just a commodity. You’re not a human being. You’re cargo.”

Of course, the smugglers only exist because the Border Patrol and the larger boundary policing apparatus denies migrants their very humanity, and tries to hunt them down—like animals.

Until this changes, migrants will continue to perish in an untimely manner in Brooks County and elsewhere in the U.S-Mexico borderlands.