Lessons of the Chicano Movement Today 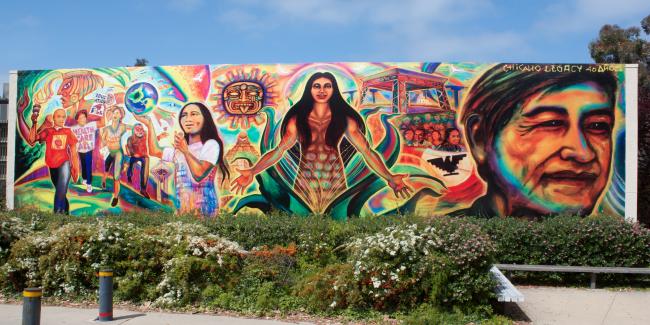 In the opening of his book, Raza Sí, Migra No, Jimmy Patiño recounts a meeting in San Diego in the early 1970s between Herman Baca, a local Chicano movement leader, and Bert Corona, a long-time Mexican American labor activist based in Los Angeles who served as one of Baca’s political mentors. “We gotta get on this immigration issue,” Corona said to Baca, telling him that “this issue is going to be with us probably until the year 2000.” It was advice that seemed nonsensical to Baca in the context of the larger Chicano movement at the time. As Patiño explains, “Chicano activism was not initially concerned with Mexican immigrants, migration and legal status issues. As the immigration issue emerged in the late 1960s and early 1970s, many movement activists responded with ambivalence, dismissiveness, and even hostility toward migrants.”

Within the span of a few years, the ambivalence, dismissiveness, and hostility about connecting the Chicano movement to immigration had largely disappeared, and immigrant rights became a central concern of the Chicano movement. Indeed, by the late 1970s, Baca and the organization he would later found and lead, the Committee on Chicano Rights, was calling for abolition of the U.S. Border Patrol and its then-parent agency, the Immigration and Naturalization Service. Focusing on developments in and around San Diego, Patiño explores the myriad factors that led to the shift, enriching our understanding of the Mexico-U.S. borderlands and related struggles over immigration and border control in the process. At the same time, the author provides valuable food for thought for the present-day by challenging the reader to contemplate what the decline of abolitionism means for today, and the role a renewed radical politics could have in confronting the institutional violence of today’s U.S. immigration and border control regime.

The working-class, cross-border solidarity that San Diego’s Chicano movement came to embrace grew out of fertile soil. Beginning in the 1920s, the United States created a “deportation-based immigration regime” that often targeted the Mexican and Mexican-American population in the U.S. Southwest. Mexican-Americans in southern California responded in various ways. Organizations such as the League of United Latin American Citizens emphasized the U.S. citizenship of its members to protect their rights. In contrast, El Congreso de Pueblos de Habla Española (the Congress of Spanish-speaking Peoples) pursued a politics of transnational, working class solidarity. Founded in Los Angeles in 1939, El Congreso’s politics involved “Explicit engagement with Mexican politics, expressions of Mexican identities in the United States, and embracement of noncitizens as fellow community members with shared cultural and class experiences.” The organization’s solidarity was not limited to people of Mexican descent. During World War II, for instance, Luisa Moreno, one of El Congreso’s founders, and many others within the organization publicly spoke out against the internment of Japanese Americans. 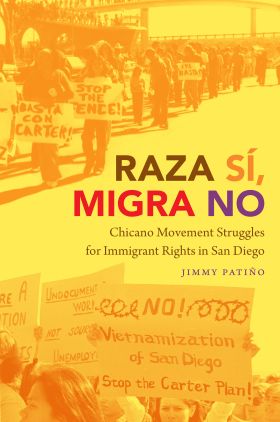 World War II and the Cold War saw the rise of Red Scare politics. With it came attacks against “subversives” and the deportation to Mexico of many key organizers and activists, which led to El Congreso’s demise. However, other organizations emerged in its wake in the San Diego-Tijuana borderlands and picked up the working class banner. These included Hermandad Mexicana Nacional and, a little later, a local chapter of MAPA (the Mexican American Political Organization), an organization composed of largely professional and middle-class members. While the politics of the organizations differed—ranging from liberal to radical—they sometimes worked in alliance, helping to sustain a politicized Mexican community through the conservative times of the 1950s and 1960s.

With the rise of Chicano movement in the late 1960s, these antecedents would prove vital in reigniting “transnational, cross-citizenship ethnic politics in a moment of resurgent ethno-racial nationalism.” In terms of the San Diego-Tijuana borderlands, the establishment in 1968 of CASA (El Centro de Acción Social y Autónomo), initially as a chapter of Hermandad, was key. Founded in Los Angeles by Bert Corona, Chole Alatorre, and MAPA activists, CASA focused on protecting immigrant rights and the interests of immigrant workers, particularly, given it geographic base, those of Mexican descent.

Also central was the significant increase in northward cross-boundary migration from Mexico to the United States. As Patiño reports, the Mexican-immigrant population in the United States grew from 454,000 in 1950 to approximately 2.2 million in 1980. The termination of the Bracero Program in 1964, the Mexican government’s launch of the Border Industrialization Program the following year, and the displacement and inequities associated with Mexico’s massive economic growth in the 1960s and 1970s—the so-called Mexican Miracle—all helped to drive people, including growing numbers of women, northward.

This unfolded during a time, beginning in the early 1970s, of growing official and, relatedly, public concern in the United States about “illegal” immigration and an “out of control” U.S.-Mexico border. Coupled with the steady growth in the policing of the Mexico-U.S. borderlands throughout the 1970s and 1980s, this meant that encounters between “illegals” and authorities also increased. And so did abuses by authorities.

Non-citizens were not the only ones on the receiving end of such abuses. Given the racial hierarchies present in the borderlands—particularly in greater San Diego, which was unique at the time in being a “border town” that was majority white—Chicanos often suffered racially-motivated brutality at the hands of the local police. Baca, the Chicano activist in Patiño’s introduction, characterized his hometown, National City, which is adjacent to San Diego, as a “plantation,” that “dramatized … the political-social condition for Chicanos that lived here.” He continued: “I’ve always told people that National City doesn’t have a police department. … It’s got an occupying army.”

The outrage over abuses and pressure from victims—especially unauthorized migrants—helped to grow and radicalize the Chicano movement in and around San Diego. “Out of survivalist necessity,” Patiño writes, “Mexican migrants, particularly the undocumented, pushed Chicano/a activists toward forging a critical, grassroots political perspective on the immigration regime.” It was a perspective informed by the inherent violence of the U.S.-Mexico divide in its division of families, and the risks it created for those living and working in the borderlands. It was also a perspective not shared by many in the Mexican-American and Mexicano communities. This led to disagreements and splits with politicians allied with the Democratic Party, and with César Chávez and the United Farm Workers, who championed anti-immigrant, restrictionist politics for many years. Quoting historian Neil Foley, Patiño suggests such differences manifested, among other things, Mexican Americans’ “Faustian pact with whiteness.”

For Corona, Baca, and their allies, the racial hierarchy and associated injustices experienced in the borderlands were inextricably tied to the functioning of capitalism. Drawing on the work of Cedric Robinson, Patiño uses the concept of racial capitalism to explain their thinking. From this perspective, capitalism’s rise is not only inextricably tied to the production of class differences, but also to social ones (which often precede capitalism and cannot be reduced to it). These social distinctions, like citizenship, gender, and race, facilitate relations of domination and subordination and differing levels of exploitation, producing what Patiño calls “multilayered class hierarchies.” Hence, the illegalization of some people heightens their socio-economic vulnerability, exploitability, and disposability.

Such thinking led many in the movement to take an abolitionist stance. This grew in part out of pragmatism, as a way of limiting the social and geographical “unevenness” produced and exploited by capital. As Corona explained, “The only way to stop the exploitation of workers on this side of the border is to give them all the rights that those of us who are born here have. The right to … not be deported, the right to unify economies, the right to organize into unions.” Intervention abroad—whether by Washington’s intelligence or military apparatuses or by U.S. corporate interests—further justified the abolitionist position. Thus, “Baca argued that the U.S. government was obligated to let working-class Latin Americans and others migrate to the United States because ‘they’ve let Chase Manhattan run amuck in the third world.’ This justified the solution of granting immediate amnesty to any noncitizen ‘person or dependent … even if he came in 1 second ago’.” Such a stance reflected a broadening of the politics of the Chicano movement—or at least elements of it—so that it incorporated the concerns of Latin Americans more broadly and all migrants fleeing the assaults of capital and empire in their homelands.

Baca and Corona ultimately had a falling out. During the implementation of the 1986 Immigration Reform and Control Act (IRCA), Corona accepted funds from the U.S. government to hold classes and conduct outreach to assist undocumented people to legalize their status. For Baca, working with the very institution responsible for their people’s oppression—what he called “the Gestapo of the Mexican people”—“didn’t make no political sense,” but only served to legitimize the system of exclusion and control.

Patiño, an associate professor of Chicano and Latino Studies at the University of Minnesota, does not take a stance on the disagreement between Baca and Corona. Nonetheless, he expresses sympathy with what Corona did. In fact, he suggests that Corona and his organization used the funds in productive ways that spoke to the needs of its constituency. Yet, he also insists that something of great importance has been lost with the decline of organizations such as the Committee on Chicano Rights with its emphasis on community self-determination (and thus its refusal to accept funds from either the state or well-endowed foundations). The focus on working the IRCA-related amnesty system, Patiño contends, had a co-opting effect that diverted energies from a politics of transformation—via, for example, a focus “on uprooting the deportation regime.” The legacy of this cooptation is the professionalization and pacification of many in the immigrant and border rights realm.

Particularly today, a politics of “Raza Si, Migra No” (our people yes, Border Patrol no) seems almost fantasy-like given how much the ideological and material strength of the border and immigrant policing regime has grown. To give one example: in the late 1970s, there were about 2,000 U.S. Border Patrol agents. Today, there are more than ten times that number. It is hardly a coincidence that such growth has been coupled with a marked decline in abolitionist politics—the calls (of varied meaning) to “abolish ICE” notwithstanding—a retreat from truly structural critiques of the immigrant and border policing apparatus, and, instead, an emphasis on “reform.” But this decline is not only an effect; it is also a contributing factor to the decline of abolitionism. Quoting political scientist Alfonso Gonzales, Patiño writes, “Immigration reformers…are structurally locked into a game of perpetual compromise,” which leads them to effectively accept the logic and practices of global capitalism and the U.S. homeland security state, rather than to challenge them head on.

Jimmy Patiño does not simplify nor glorify the Chicano movement in southern California. Indeed, he maintains a strong critical eye throughout, exploring its internal struggles and contradictions, and also taking it to task at times for, among other problems, its insufficiently democratic practices, and the patriarchy that permeated much of the movement. That said, there’s little question of his admiration for the strong, principled political stance taken by Baca and his allies, and of the depth of Patiño’s conviction that a similarly radical analysis and vision is greatly needed today.

As the violence carried out in the name of homeland security in immigrant communities and in the ever-thickening borderlands continues to grow, it’s a position that’s increasingly hard to disagree with.