A preliminary injunction represents one of the most significant achievements for the rights of unaccompanied children in immigration detention in the last 25 years. 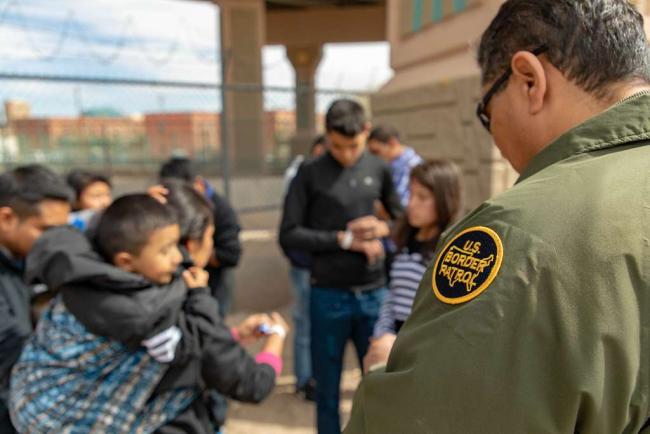 Daniela* was 17 years old when she arrived at the U.S.-Mexico border alongside her older sister, Katherine. They arrived in 2017, after fleeing their home country of Honduras in fear for their lives. Prior to their arrival in the United States, Katherine had acted as a mother-figure in Daniela’s life. Nevertheless, as a minor seeking asylum without the presence of a parent or legal guardian, Daniela was designated an “Unaccompanied Alien Child” and was forcibly separated from Katherine at the border. Daniela was placed in the custody of the Office of Refugee Resettlement (ORR), the government agency responsible for the custody of unaccompanied immigrant children.

After having survived life-threatening persecution in her home country, the forced separation and isolation in ORR custody pushed Daniela to a psychiatric break. In response, ORR deemed Daniela a potential threat to her own safety and transferred her to a secure facility in Manvel, Texas.

According to ORR policy guides, secure facilities are better equipped to care for children with special needs or particular safety concerns. In reality, these types of facilities have regularly demonstrated either an inability or an unwillingness to protect the children in their care. Until recently, decisions regarding when and why children are sent to secure facilities were subject to little oversight. Moreover, children in ORR custody had limited, if any, access to procedural protections regarding major governmental decisions that affected their placements, health care, and lives.

As of November 21, 2022, much of this has changed. The United States government is now required to implement various new procedural protections for children in ORR custody. The directive comes from a recent preliminary injunction issued by Judge Dolly Gee of the Ninth Circuit, in a groundbreaking order that came nearly four years after the initial filing of the nationwide class-action lawsuit Lucas R. v. Azar.

This preliminary injunction represents one of the most significant achievements for the rights of children in immigration detention since the 1997 Flores Settlement Agreement, which remained the primary source of relevant legal protections for 25 years. Like Flores, Lucas R. v. Azar will have monumental implications for the thousands of refugee and asylum seeking children in federal custody today.

Despite this critical accomplishment, the journey towards a more humane system is unquestionably still in progress. To effect meaningful change, we must continue to scrutinize the legal and political context within which this case was brought, as well as the legacy of dehumanizing policies that have left countless children vulnerable to irreparable harm.

Lucas R. v. Azar (Lucas R.) was brought against the United States government in 2018 by a group of unaccompanied immigrant children. The suit alleges that the ORR regularly violates the constitutional and statutory rights of the children within its care.

The recent preliminary injunction addresses three of the five claims alleged in the original complaint, and orders ORR to institute various procedures aimed at rectifying these violations. In particular, the court found that children have regularly been transferred to unnecessarily restrictive and jail-like facilities based on unsubstantiated allegations that they pose a risk to themselves or others. The court also found that sponsorship applications submitted by children’s family members have been arbitrarily denied without providing applicants fair notice or the opportunity to appeal.

The two claims that remain undecided are currently in settlement negotiations between the United States government and the plaintiffs’ class counsel. One of these claims alleges that ORR has engaged in the unlawful administration of powerful psychotropic medications to children without consent or sufficient protective procedures. The final claim alleges that ORR has a practice of transferring children with disabilities to unnecessarily restrictive facilities because of their disability. If the parties are unable to come to a cooperative agreement on these claims, they will proceed in court next spring.

Clearly, Lucas R. implicates a broad range of rights. And while the claims themselves vary greatly in substance, the ways they manifest are profoundly interrelated. As one of the named plaintiffs in Lucas R., the experiences of Daniela can help illustrate the complexity and severity of what exactly is at stake.

The secure facility to which Daniela was transferred was the Shiloh Residential Treatment Center. Shiloh is a locked facility where children are subjected to 24-hour surveillance. Children in this facility have reported being physically restrained, handcuffed, and pepper sprayed. Devastatingly, at least four children have died of asphyxiation after being physically restrained at Shiloh and affiliated facilities. In particular, Shiloh is widely known for allegations of forcibly administering powerful psychotropic medications to children without explanation to the child and without obtaining the consent of their parents or other available caregivers.

Daniela spent approximately 13 months in ORR custody. Throughout that time, Daniela was subject to “numerous, changing diagnoses," including bipolar disorder, major depressive disorder, generalized anxiety disorder, and PTSD. Daniela was given multiple psychotropic medications in ORR custody, including Prozac, Abilify, Clonidine, Risperdal, Seroquel, and Zyprexa. According to the original complaint, facility staff told Daniela that she must take the medication if she ever wanted to be released. The complaint also alleges that ORR did not obtain consent from Daniela’s mother, Katherine, or any other available family members prior to administering the medications.

Teens represent a population that is widely known to be particularly susceptible to the negative side effects associated with these medications, which can fundamentally and irreparably alter children’s neurological and psychological development. According to guidance issued by the FDA, these medications regularly lead to heightened suicidal ideations, and the severity of suicidality worsens as the number of concurrent medications increases.

Daniela became suicidal in ORR custody, and she is far from alone. Suicidality is shockingly common among children in ORR detention. A recent study by Reveal reported at least 141 instances in which migrant children expressed suicidality in ORR custody, and at least 10 actual suicide attempts. According to the study, “Children often complained about their length of stay, the isolation they felt after their friends were released and the suffering they experienced being away from their families.”

Like so many children in similar circumstances, the psychological distress Daniela experienced as a result of prolonged confinement in a jail-like facility could have been avoided. Throughout this time, Katherine had been pursuing custody of Daniela, but ORR obstructed her pursuit by imposing arbitrary and economically prohibitive conditions on Daniela’s release. These arbitrary conditions prevented family reunification for nearly a year, during which Daniela’s mental health consistently deteriorated.

The experiences of Daniela and the other named plaintiffs in the Lucas R. case are only the tip of the iceberg. We will never know the true extent of what happens behind closed doors. As such, the policies and procedures contained in the preliminary injunction seek to locate critical junctures in a child’s journey during which they become increasingly vulnerable to potential abuse.

For one, the preliminary injunction orders the government to clarify the standards and criteria for placement in a restrictive facility such as the Shiloh Residential Treatment Center. ORR now has the burden of proving by clear and convincing evidence that sufficient grounds exist for this type of placement. Additionally, ORR must now provide children who have been moved to a secure or restrictive facility with documentation explaining where they are, as well as a summary of the evidence upon which the decision for placement was based.

Another significant victory in the preliminary injunction is the institution of a “Placement Review Panel.” The review panel will serve as an opportunity for children to directly appeal their placement in a secure or restrictive facility in front of ORR supervisory staff.

In regard to the arbitrary denial of sponsorship applications, the preliminary injunction extends the right to appeal denials to siblings, aunts, uncles, and grandparents. In addition, ORR is now required to give written notice to denied sponsors informing them of their right to appeal as well as their right to be represented by counsel.

The protections enumerated in the Lucas R. court order amount to so much more than simple process or procedure. These protections cut to the core of these children’s rights to have agency over their lives and autonomy over their bodies. Moreover, in cases where children become at high risk for suicide, reducing time spent in custody or preventing transfer to a more secure facility could literally mean the difference between life or death.

Lucas R. is a prime example of how advocates can work together alongside impacted individuals to locate critical junctures wherein power can be shifted away from the government and into the hands of those experiencing systemic violence. Lucas R. illustrates this process of empowerment, and speaks to the immense bravery and resilience of those children, including Daniela, who participated in filing the original complaint.

While we can’t know the extent of abuses that have occured, we do know that effective protection of unaccompanied immigrant children will depend on the continued investment of the community at large. Thanks to the help of a grassroots mutual aid initiative led by a Jewish Synagogue in Katherine’s local community, Katherine was able to raise the funds she needed to be reunited with her sister Daniela. Particularly as the final two claims proceed in litigation, this type of community support, as well as strong public opposition to the expansion of immigration detention in all forms, will be critical components in the ongoing fight for children’s safety and dignity within federal immigration custody and beyond.

* All names have been changed in this article and in the complaint to protect the identity of the claimants.

Jennie Rose Nelson is originally from San Diego, California. She is a second-year law student at the University of California, Davis, School of Law, and a current affiliate of the UC Davis Immigration Law Clinic.