The Colorado Party Strengthens Its Power in Paraguay

The results of Paraguay’s municipal elections showcase the dominance of the Colorado Party and the persistence of an unequal two-party system. 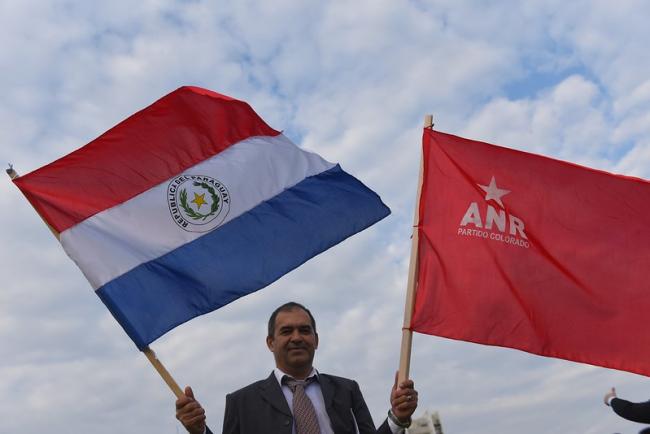 This article was originally published in Spanish in Nueva Sociedad.

Paraguay’s 2021 municipal elections marked a series of new developments. First, these elections were carried out in the context of the Covid-19 pandemic. The ensuing health crisis in Paraguay has resulted in more than 16,200 deaths and has been characterized by  a poor government response and numerous complaints of corruption at various state levels. This, in turn, has provoked new social protests. Elections were supposed to be held in November 2020, but were postponed due to the health crisis, which means that the next five-year term for elected municipal authorities established in the constitution will be reduced to four.

A second difference with respect to past elections also offers a theory for understanding the results and relates to the passage of Law 6318/2019, which incorporates ranked-choice voting in an attempt to undo the loss of faith in institutions. It will still be a party-list proportional representation system, but each voter will choose both a party list and a preferred candidate within the list. This reform of the Paraguayan electoral system generated a wave of candidates, especially from non-traditional parties and alliances. In total, 831 candidates ran for 261 mayoral seats and 15,535 candidates for a total of 2,781 city council seats. This has divided opposition votes since 28 parties, 113 movements, 4 coalitions, and 118 electoral alliances have emerged, according to data from the Supreme Electoral Court (Tribunal Superior de Justicia Electoral, TSJE).

Despite internal divisions, the traditional Colorado Party—in power for most of the 20th century, including the 35-year dictatorship of Alfredo Stroessner—took part in the elections as part of a movement known as Concordia Colorada, which included followers of the Colorado Añeteté movement led by President Mario Abdo Benítez, and the Honor Colorado movement, founded by ex-president Horacio Cartes. The first party faction finds itself weakened by the desertion of its members and a conflict with Cartes. The ex-president, who governed from 2013 to 2018, has consolidated political and economic power within the country. He has been repeatedly accused of smuggling cigarettes, and he faces an arrest warrant as part of a corruption investigation that could link him to the Lava Jato case and a transnational money laundering network. Recently, he appeared in the Pandora Papers as the owner of offshore companies.

A Colorado candidate won the mayoral seat in 160 of the country’s 261 districts, up from 147 in the previous election. In many cases, the Colorados also hold a majority in the city council. The Authentic Radical Liberal Party (PLRA), for its part, considered the largest opposition party, lost mayoral seats in 15 municipalities. And the electoral alliances that bind various groups, some with leftist candidates, managed to win a total of 37 mayoral seats, which represents an increase in 12 mayoralties compared to the previous term.

Furthermore, the Colorado Party won mayoral seats in 11 of the country’s 17 department capitals. This includes the Paraguayan capital of Asunción, despite the Colorado Party candidate being accused of billing fraud and a series of irregularities related to municipal spending during the pandemic. The PLRA, in turn, won in just three department capitals, with three additional victories obtained through regional alliances. In two of the country’s main cities, Ciudad del Este and Encarnación, candidates from regional political movements claimed victory by a wide margin against Colorado Party candidates.

Preliminary analyses allow us to infer that the introduction of an open party-list system and ranked-choice voting has favored traditional parties, mainly the ruling party. This is because, first of all, the emotional attachment to political parties in Paraguay prevails when it comes to voting. And that attachment, for the most part, is linked to traditional parties. Second, the reality of ranked-choice voting has forced each candidate on the ballot to run an active electoral campaign. In past elections, only the candidates at the top of each list were more “visible” to general voters. Visibility in these elections would have contributed to generating protest votes within the traditional parties themselves.

On the other hand, one of the causes behind the emergence of new candidates is that municipalities have become an attractive source of resources as an electoral platform for national elections. Since 2012, these bodies have received substantial funds provided by the National Fund for Public Investment and Development (FONACIDE). This entity was created to allocate the profits the country receives as compensation for transferring energy to Brazil via the Itaipú Dam, a binational entity. Nevertheless, the geographical distribution of these resources is unequal, in addition to disparities in the management capacity of municipalities.

These are only the seventh municipal elections in Paraguay’s history since they were first held in 1991, following the definitive end to the Stroessner dictatorship with a coup in 1989. Local elections were made possible through a decree that modified the electoral code to allow the registration of political organizations prohibited during the dictatorship. Additionally, the Organic Municipal Law was not enacted until 2011. Previously, mayors were appointed by the executive, and local government bodies did not receive funding from the central government nor did they have an influence on the central administration.

Another fundamental difference compared to past elections was the unprecedented political violence—evident in the actions of hitmen, attacks on vehicles and homes, and death threats—that began in the June primaries and intensified in these elections. More than a dozen attacks have been reported, which have resulted in fatalities among candidates, family members, and close friends. In this regard, the head of the Ministry of the Interior, the entity in charge of national security, Arnaldo Giuzzio, assured that most of the attacks are linked to drug trafficking and argued that the “cheaper price” of hiring hitmen was one of the causes.

Reported acts of political violence have taken place in the departments of Boquerón, Cordillera, Caaguazú, Guairá, Ñeembucú, Itapúa, San Pedro, Amambay, Canindeyú, and Alto Paraná. Members of opposition parties have been the victims of these attacks, as have members of the ruling party, albeit to a lesser extent.

In theory, the post-election landscape presents a strengthened Partido Colorado ahead of the upcoming general elections in 2023. At the same time, despite the appearance of numerous independent candidates unfamiliar to traditional political parties, the election results have shown the resilience of the country’s entrenched two-party political system. Nevertheless, the current power dynamic between colorados and liberals is decidedly in favor of the former, who have used state resources since the Stroessner dictatorship for its own benefit through favoritism, clientelism, and other acts of corruption.

On the other hand, considering the presidential aspirations of more than one party leader and the inability to seek reelection, a reorganization of the internal forces within the Colorado Party is expected. Even before these municipal elections, internal struggle had already begun within coloradismo between Vice President Hugo Velázquez, who belongs to the Abdo Benítez-led Movimiento Añetete, and Santiago Peña of Honor Colorado, who has the firm support of Cartes.

As for the opposition, heterogeneous and diverse, its chances will depend on alliances and finding a figure that can arouse the interest of voters and capitalize on citizens’  frustrations—visible on social networks and in protests—which has yet to translate into votes. In short, nothing is certain ahead of the 2023 general elections.