Decades after the return to democracy, the children of dictatorship-era human rights abusers have ignited a new movement for truth, memory, and justice throughout Latin America and beyond. 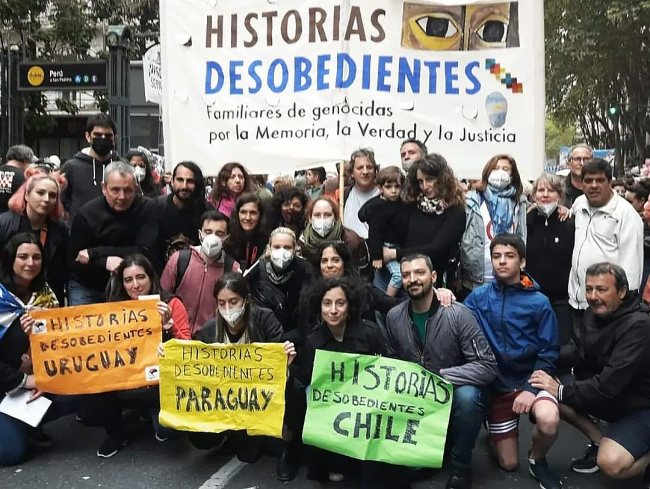 Growing up in 1970s Argentina, Javier Vaca, like most Argentines, believed that he was living through a war. His father, Omar Jesús Vaca, a member of the military intelligence unit, assured him that the enemy—leftist “subversives”—had targeted their family.

“I thought it was normal to grow up with weapons. I didn’t know anything different,” Vaca explained. “My father collected guns, but we also had things like grenades, and even a picana” (a cattle prod used as an instrument of torture).

In the early morning of February 19, 1976, the violence came close to home when Vaca woke to the sounds of children screaming amidst gunfire. Armed men in uniform—later identified as the paramilitary Argentine Anti-Communist Alliance—had broken into the home of his neighbor, Luis Alaniz, taken him into the street, and assassinated him. A psychologist and activist, Alaniz was a husband and father of three young girls. While Vaca remembers his neighbors waking up and gathering outside of their building where the kidnapping and murder had taken place, his parents remained asleep, unmoved by the commotion. “Algo habrá hecho”—“he must have done something”—was the phrase Vaca heard whispered about Alaniz and other neighbors who subsequently began to disappear. It was not until after Vaca’s father died in 2005 that his mother revealed that Omar Vaca had played a role in coordinating Alaniz’s assassination.

On March 24, 1976, Argentina’s military, led by Jorge Videla, staged a coup that ousted then President Isabel Perón. Like much of Latin America, Argentina had many progressive movements that operated through political parties, trade unions, religious organizations, and armed guerilla groups. As part of the U.S.-coordinated Operation Condor, the military government systematically targeted and eliminated anyone associated with leftist ideology through forced disappearances, torture, extrajudicial killings, and the illegal appropriation of babies born to leftist militants. In those seven years in power, it is estimated that the military regime was responsible for the forced disappearance of 30,000 activists and the theft of 500 babies.

In 1977, the mothers of disappeared activists, calling themselves Las Madres Plaza de Mayo, began to collectively demand answers from the government, calling for aparición con vida, or that their children be returned alive. Igniting what would become the Argentine human rights movement, the Mothers strategically deployed their maternal role as a way of garnering local and international support. Since their foundation, the human rights movement has been led by family groups such as the Abuelas Plaza de Mayo (Grandmothers), Familiares (Family members), and H.I.J.O.S (sons and daughters).

Today, Vaca is part of a new family-led human rights group, the Historias Disobedientes Colectivo: familiares de genocidas por la memoria, la verdad y la justicia (The Collective of Disobedient Histories: Family Members of Perpetrators of Genocide for Memory, Truth, and Justice). Composed of the children and extended family members of perpetrators, the Colectivo publicly denounces their family members’ crimes and supports the human rights movement that was founded, and continues to be led, by the family members of victims. Historias Desobedientes is the first human rights group in Latin America, and perhaps the world, whose participants are made up entirely of the descendants of perpetrators.

In 2016, Analía Kalinec, the daughter of Eduardo Kalinec, a member of the federal police, and Liliana Furió, the daughter of Paulino Furió, a member of the military intelligence, found each other online after publicly denouncing their fathers’ crimes and supporting their life sentences. The Collective was officially formed in 2017 when Kalinec, Furió, and several other family members of perpetrators joined human rights organizations in repudiating a supreme court ruling that would have granted lesser sentences for those convicted of crimes against humanity. In their first manifesto, Historias Desobedientes expressed their gratitude to the founders of the human rights movement, writing: “We take the example from the Mothers, the Grandmothers, from the sons and daughters, from the survivors, and the family members. Their love and commitment to the search for memory, truth, and justice has been our guiding light in the midst of so much darkness.”

Breaking the Pact of Silence 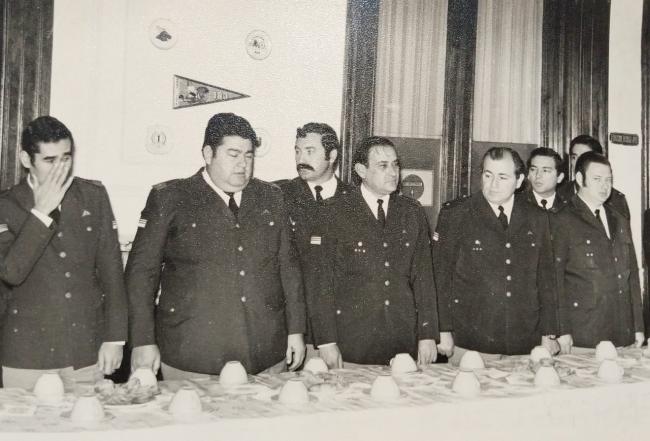 Since Argentina returned to democracy in 1983, those involved in the military government have maintained a pact of silence about the violence that they perpetrated, remaining faithful to the narrative that they had waged a war against “terror and subversion.” For decades, the theory of dos demonios (two demons), or the idea that both the government and the leftist movements inflicted violence equally, dominated Argentine politics. This sentiment led to legislation prohibiting the continuation of the trials that began in 1984 and granting amnesty for those in the dictatorship. In 2001, these laws were annulled by the Supreme Court and in 2005, Argentina became the first Latin American country to prosecute, sentence, and incarcerate its own citizens for crimes against humanity. Since then, hundreds of perpetrators have been tried and sentenced in federal court, yet almost all of them have refused to surrender any information about their involvement in the regime, insisting upon their innocence.

For family members of perpetrators, this pact of silence was an integral part of their family life and structure. As a child, Vaca never revealed his father’s identity as a military intelligence officer, instead telling friends that he was a businessman.

“We couldn’t have friends over to our house unless my father approved. He trusted very few people,” Vaca said. “Our home was always a place of fear.”

When family members of perpetrators break the “pact of silence,” they often face resistance, and even retribution, from their own kin. Members of the Collective describe experiencing “el exilio familiar,” or a form of exile from their biological family. In 2019, a Buenos Aires criminal court granted Kalinec’s father the privilege to temporarily leave prison to attend family functions. In their first legal action, Historias Desobedientes successfully challenged this decision by filing an amicus curiae that vehemently rejected that this privilege be granted to Kalinec’s father or any perpetrator convicted of crimes against humanity. Since Kalinec began publicly renouncing her father’s crimes, he has attempted to legally block her from receiving any of her mother’s inheritance.  Although Argentine law prohibits family members of accused perpetrators from testifying against them, the Collective has proposed legislation that would authorize their participation in their family members’ trials.

Towards an Antipatriarchal Family

For Historias Desobedientes, confronting their family’s past has meant reckoning with political and interpersonal violence. As an adult, Vaca has grappled with the ways his father mistreated his mother and sisters.

“I grew up in a very machista home,” he said. “My parents always told me that I was the preferred child…My sisters and mothers’ role was to listen and obey my father. It wasn’t until after he died that my mother revealed to me how controlling and manipulative he had been to her.”

Historias Desobedientes has worked to represent their family members not as “monsters,” but as everyday men who made choices—in and outside of their homes—that affirmed a misogynistic, patriarchal worldview. It was an intentional decision for the founding members to make their first public appearance at the 2017 Ni Una Menos march, Argentina’s third such protest against femicide and gender-based violence.

Today, the Colectivo has dozens of members throughout Argentina. And while the pandemic made traditional forms of protest more difficult, founding member Bibiana Reibaldi explains that “the pandemic may have taken us out of the street, but virtual communication allowed us to reach out to the rest of the world, not only with the Colectivo Historias Disobedientes that has formed in Chile, but with descendants of perpetrators in Paraguay, Brazil, Uruguay, Spain, and Germany.”

Being the self-described descendant of a perpetrator of genocide comes with intense feelings of shame and guilt, and for each member of Colectivo, the process of reckoning with their family’s violent past is unique and ongoing. In March 2020, Vaca, who now resides in Santa Cruz, returned to his hometown of Rosario to film an interview in which he publicly identified himself as a member of Historias Desobedientes and the son of the military intelligence officer who coordinated Alaniz’s assassination. Several weeks after the interview aired, Vaca received a message from Alaniz’s daughter asking him to meet. After hours of conversation, Vaca volunteered to serve as a witness in an official human rights investigation into Alaniz’s assassination. While nothing can undo the harm caused by his father’s crimes, for Vaca this was at least un acto reparador—an act of reparation and repair.

Claire Branigan is a PhD candidate in cultural anthropology at the University of Illinois at Urbana-Champaign. Her dissertation explores family activism and the politics of femicide in Argentina.