A Green New Deal for the Americas: Mobilizing for Climate Justice from Above and Below 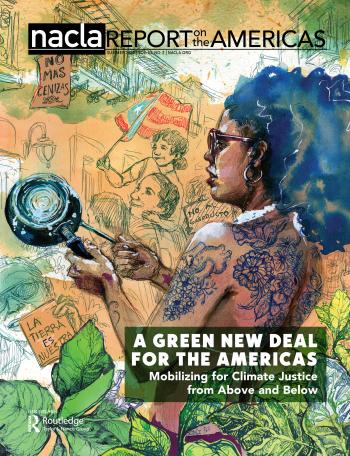 While the Green New Deal idea massively expanded the scope of climate action—from carbon pricing to rewriting the United States’ entire social (and ecological) contract—it said little about the rest of the world. Its chief historical referent, the New Deal, invokes U.S. history alone. And yet, the project’s edges have been internationalist. In this NACLA Report focused on the idea of a Green New Deal and the prospects for ecosocialism, we take on these international dimensions with a blend of big picture political economy and case studies of struggles over the substance of climate politics. Together, the pieces put special emphasis on energy and extraction, as well as analyses of agriculture, labor, and cities. For more, read the editors' introduction. 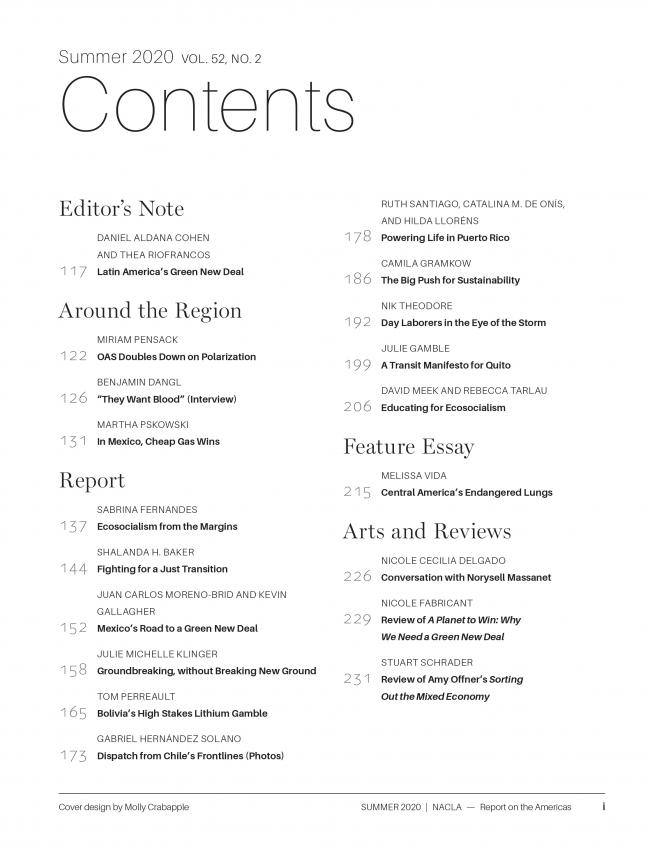