Apr. 28: A Peoples' Policy for the Americas (ZOOM Roundtable)

We'll be hosting a special online launch of the spring issue of the NACLA Report, "A Peoples' Policy for the Americas," featuring issue co-editor Vanessa Freije and issue contributors Alexander Main, Andre Pagliarini, and Sara Kozameh. Journalist and researcher Linda Farthing will also provide a brief update on the current situation in Bolivia following the coup that ousted former president Evo Morales this past November.

Read the Editor's Intro to Volume 52, Issue 1 here. Subscribe to the NACLA Report on the Americas here. 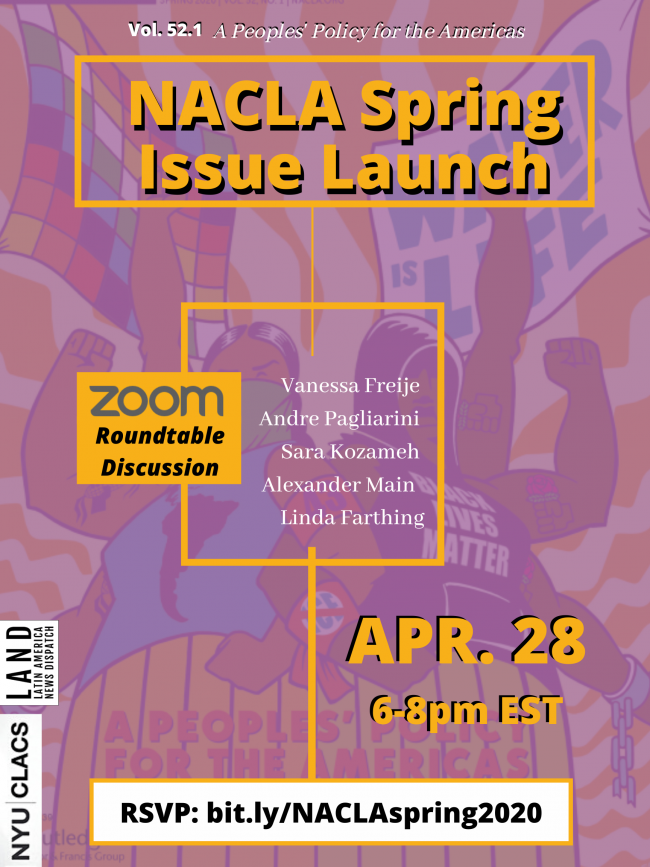 Vanessa Freije is an Assistant Professor in the Henry M. Jackson School of International Studies at the University of Washington. Her book, Citizens of Scandal: Journalism, Secrecy, and the Politics of Reckoning in Mexico, is forthcoming with Duke University Press.

Andre Pagliarini was a visiting assistant professor of modern Latin American history at Brown University in 2018–19 and is currently a lecturer in Latin American, Latino, & Caribbean Studies at Dartmouth College. He is currently preparing a book manuscript on 20th-century Brazilian nationalism.

Linda Farthing is a journalist and researcher who has co-authored three books on Bolivia. She has written for The Guardian, The Economist, Al Jazeera, Inter-American Dialogue, and, The Nation. 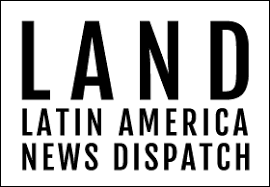