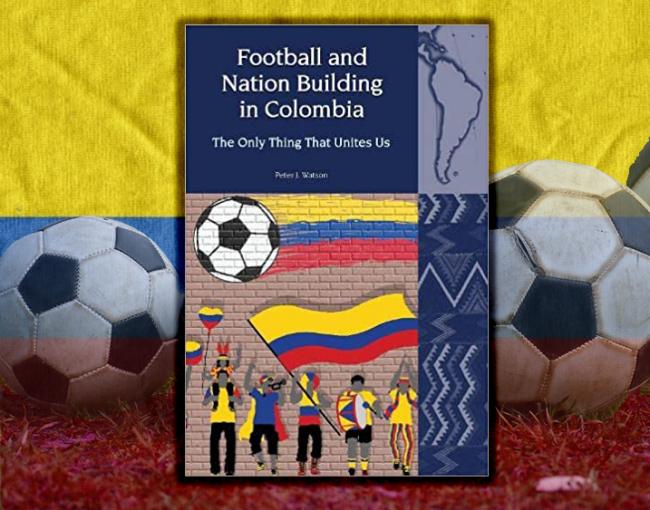 Colombia is torn in four by the Andes. For two centuries, its complex topography has deepened the intense divisions—liberal versus conservative, urban versus rural, and center versus periphery—that have stymied attempts to build a nation-state and have led to civil wars and armed conflict. Since the 1960s, rebel groups such as the Revolutionary Armed Forces of Colombia (FARC) occupied remote areas where the government had either insufficient power or will to establish a presence.

President Juan Manuel Santos (2010-18) was acutely conscious of these fissures when he planned the cornerstone policy of his premiership: peace with the FARC. This was an about-turn for Santos who, as defense minister in Álvaro Uribe’s government (2002-10), had helped pursue a hardline anti-insurgency policy that was popular among the many Colombians who had lost homes, family, and friends at the hands of the FARC. Knowing his project was emotive and contentious, Santos needed an unequivocal national symbol to promote his vision of a new Colombia.

In Football and Nation Building in Colombia (2010-2018): The Only Thing That Unites Us, historian Peter J. Watson argues that the unifying symbol Santos chose was soccer. Through grass-roots policies, and especially through speeches and tweets, Santos sought to use soccer—principally the men’s national team—to integrate the state and the nation.

Watson describes Santos’s program as the most wide-ranging sports-politics project in Latin American history. Whereas previous governments, like the military juntas of Brazil and Argentina, had extolled soccer at moments of sporting triumph, Santos’s administration was the first to repeatedly commend soccer—and sports in general—as a national benefit.

During his eight-year tenure, Santos used speeches to promote sport’s unifying qualities on average every two weeks. “Sport teaches us,” he said in 2014,  “that all Colombians, all of us, are children of the same nation, that we are brothers and sisters.” As Watson points out, the president’s remarks, as well as the frequency with which he delivered the message, “presuppose doubts about whether Colombia has really been just one nation.” These are doubts supported by indicators such as extremely high inequality (the country's GINI coefficient in 2014 was 52.6), which particularly impacts the country’s Afro-Colombian and Indigenous people.

To meet the challenge of “building a nation,” the government turned to the men’s soccer team, the Selección. In the process, Santos became more associated with the national team than any previous president. He was interviewed in the stadium ahead of matches, and one of the slogan-hashtags he used most during his tenure was “Un Solo País, #UnaSolaHinchada” (Just one country, just one fangroup).

A sense of national solidarity—and support for the peace process—was fostered through innovations to Colombia jerseys. Though Watson is unable to establish whether Santos directed the alterations, the soccer federation made notable changes to the team’s uniform that were in keeping with his politics. In 2011, the slogan "UNIDOS POR UN PAIS" (United for One Country) was inscribed on the neck of the jersey. Next, peace symbolism was added to the team’s uniform: at the 2014 World Cup, which began on the eve of Santos’s bid for re-election, the blue shorts and red socks that had been worn for over 20 years were changed to white. And during the 2016 Copa América—played the same year as the peace referendum—the players were dressed all in white. Irrespective of Santos’s involvement, it is clear that, symbolically, the national team was participating in the most consequential political project of Santos’s presidency.

More radically, many of Santos’s soccer-focused statements were directed toward the FARC. In a speech addressed to the men’s national team and all Colombians ahead of the 2015 Copa América, Santos pronounced: “Everyone in the country, everyone, from the guerrilla member to their greatest enemy, everyone is uniting behind you, behind the Colombian national team.” This speech is the clearest example of Santos’s attempt to create a sense of shared Colombianness through the Selección. For Santos, the FARC—a designated terrorist group that had waged war on the state for half a century—were no longer ostracized outsiders, but members of the Colombian nation.

Watson demonstrates how this speech built on two public relations campaigns from earlier in his presidency. Ahead of the 2014 World Cup, the “Colombia is saving you a seat” advertisements showed Colombians, including celebrities and soldiers, offering demobilized FARC combatants a spot beside them to watch a match. And in 2011, when Colombia hosted the Under 20 World Cup—the most significant international soccer tournament held on home soil—Santos’s government launched an advertisement showing soccer balls being thrown over the jungle from army helicopters. On them were stickers reading “Demobilize, come back and play.”

FARC members who had demobilized regularly played soccer in their transition camps. A coach at one of the camps told Watson: “I really think that the question of football and sport in these zones is incredibly important, because we have seen how groups have become integrated through sport, groups that you never thought you would ever see sharing the same space […] we organized a tournament where there is a police team, an army team, a team from the local community, a FARC team.”

Yet as Watson points out, soccer is not a silver bullet that will eliminate differences in class, race, and gender. What is more, rather than uniting them, soccer often creates further divisions between Colombians. There are surges in drunken violence after Colombia matches, and the country’s domestic league is blighted by clashes between and within fan groups. Last week, after a series of bad results, fans of Deportivo Cali threatened the club’s players and directors.

Watson’s book contains plenty of academic theory, but it is accessibly written. It also provokes further questions, which he alludes to briefly as areas for further research. Firstly, how effective was Santos’s use of the Selección to unite Colombians and garner support for the peace process, particularly given that he lost the subsequent referendum? Secondly, how much was Santos’s use of the Selección not only about nation-building but career-building? Associating himself with the team not only allowed Santos—a scion of the Bogotá elite—to show a common touch, but allowed him to reach a wider, possibly less-politically engaged, audience. This connection may have been especially valuable given the Selección’s performance improved dramatically from 2012. It seems very plausible that Colombia’s dynamic 3-0 victory in its first World Cup match for 16 years, which took place a day before the second round of the 2014 election, consolidated a national optimism that favored the incumbent candidate.

Four years after Santos left office, the peace process is tattered and the Selección, which failed to qualify for the 2022 World Cup, has lost its luster.

Colombia’s new president, the leftist Gustavo Petro, won in the tightest run-off vote in the country’s history. Despite the many differences between Petro and his rival, the politically unconventional businessman Rodolfo Hernández, both supported the peace process and promised that their agendas would tackle poverty, inequality, and hunger. Amid Colombia’s ongoing urgent security, economic and environmental challenges, there is a popular call for policies of social inclusion. The Selección is unlikely to play much of a part, but the nation needs building.