Although violence by Sandinistas against LGBTQ people has increased in recent years, activists persevere in fighting for their rights. 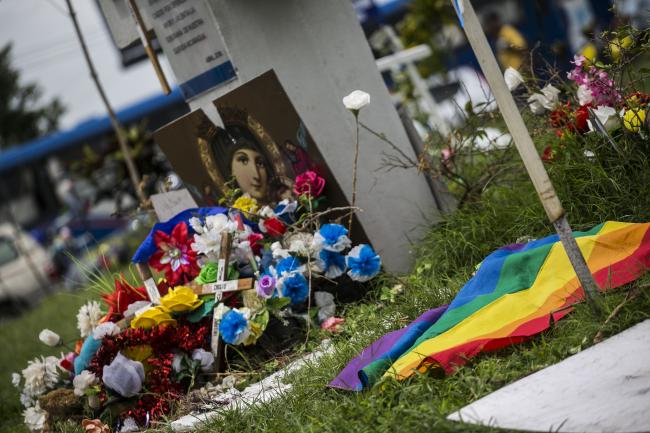 On April 18, 2018, the first day of the protests against President Daniel Ortega’s government in Nicaragua, Ana Quirós, a long-time activist in her early 60s, was beaten with metal pipes on the head and hand. Her abusers were wearing t-shirts that identified them as supporters of the vice president, Rosario Murillo. The attacks left Quirós with head injuries and two fractured and displaced fingers that required several surgeries.

Quirós is a widely known pro-democracy and LGBTQ activist. The day after she was attacked, Quirós was a guest on the Nicaraguan TV program Esta Noche, where she said that it seemed like her attackers recognized her and targeted her specifically because the others demonstrating near her were left alone.

State violence against LGBTQ people in Nicaragua is not new, nor is grassroots resistance by LGBTQ activists. For the past ten years, I have been doing research on the Nicaraguan LGBTQ community. In times of rapid social change and heightened anxiety, elites have frequently cracked down on "sodomites," lesbians, and transgender Nicaraguans. At other times, dictatorial politicians have tried to co-opt LGBTQ people in an effort to consolidate power, and to make their governments appear socially liberal and modern. Despite these and other challenges, LGBTQ people continue to fight for their rights in the face of an increasingly authoritarian government.

The LGBTQ rights movement in Nicaragua grew significantly between 2007 and 2017, a period I refer to in my forthcoming book as the decade of the boom. During this time, dozens of new organizations were created nationwide. They made political demands and celebrated LGBTQ culture through journalism, theater, support services, and Miss Gay pageants. Thousands marched in Managua’s Pride parade in 2017, the largest in the history of the country. Sadly, the boom came to an end in April 2018.

That year, widespread demonstrations began in protest of recent social security reforms. These events divided the LGBTQ community between government supporters and protesters. Violence by Sandinistas against activists in the LGBTQ community also increased. According to one 2018 survey of LGBTQ people in more than a dozen cities, 17 members of the LGBTQ community were the targets of surveillance, 15 were threatened by members of their families, and 24 were threatened with death during the first two months of the uprising. The study also noted that Sandinistas raped one LGBTQ person and murdered three LGBTQ people following the April uprising.

According to a 2020 study of more than 70 LGBTQ political prisoners who each spent at least six months in prison, "the physical and psychological torture was more severe if the torturers became aware of their sexual orientation. In fact, 30 percent of the former prisoners had to be treated by doctors for the damage and physical lesions suffered during torture in the prisons, and others had to be treated for mental health problems...Some of the testimonies were so harsh that many people could not stand to listen to them and had to leave the room.”

Among LGBTQ people, transgender women were especially targeted by government agents. Some were kidnapped by law enforcement and brutally beaten. Other transgender women were held in men’s prisons for periods of up to a year, where they were subjected to obligatory nudity, repeated rape threats, rape with objects, and beatings, causing one victim to lose her teeth. 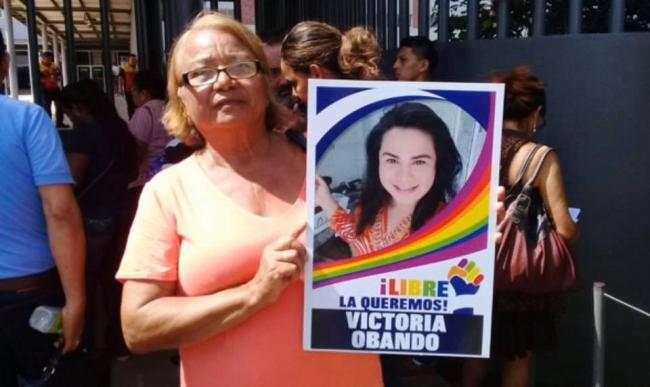 Repression has been widespread. Since December 2018, all demonstrations—except those supporting the government—have been banned. Many NGOs have been stripped of their legal standing and property. By September of 2020, the newspaper Confidencial counted “more than 300 murders, thousands of wounded, more than 700 political prisoners, of whom 90 [were] still in prison, and 100,000 living in exile.”

After being beaten in the early demonstrations and continuing to protest, Quirós was deported from the country in late 2018. Many other activists also fled. I personally know activists now living under difficult conditions in Costa Rica, Colombia, Mexico, Spain, the United States, the United Kingdom, and the Netherlands.

“They have hunted [LGBTQ rights] activists down and because of that the majority of us are in exile,” said one woman who fled to Spain.

Those who have stayed have also suffered. Ana Margarita Vijil, former president of the opposition party, Unamos, and Dora María Téllez, one of the best known heroes of the Sandinista Revolution and also a member of Unamos, are two well-known  activists who remained. On June 13, police surrounded and raided Téllez and Vijil’s home. Some of the more than 60 police beat Vijil, threatening her with weapons. They then “grabbed Dora María Téllez’s hair, [hitting] her in the stomach,” according to witnesses. The women were accused of several crimes including organizing acts of terrorism and calling for military intervention.

But Vijil, Téllez, Quirós, and other LGBTQ Nicaraguans calling for international solidarity, are not asking for military intervention or any other sort of violence. They are calling for an end to state violence, for the release of political prisoners, for meaningful elections, and for a transition to democracy that would truly include them. In fact, they are doing the same thing that Sandinista leaders did in 1978, when they supported international efforts to put economic pressure on the dictatorship of Anastasio Somoza.

From the Revolution to the Presidential Couple

The parallels between the current protests and the Sandinistas’ origins are what make the current state of politics in Nicaragua so painful. President Daniel Ortega was a commander of the Sandinista Front for National Liberation (FSLN), the guerrilla movement responsible for overthrowing the right-wing Somoza dictatorship in 1979. After the FSLN took power, it carried out a series of social reforms regarding health care, education, land reform, and social services in the 1980s. Despite pressure from the Reagan administration-funded Contras, who were responsible for tens of thousands of deaths, the Sandinistas democratized the country, both in terms of grassroots participation and electoral politics. When Ortega failed in his bid for a second presidential term in 1990, he accepted the results, peacefully handing over power.

Ortega continued to run for president and continued to lose. He finally won again in 2006 by making deals with conservative and right-wing groups that contradicted his former policies. Since taking power in 2007, Ortega has governed with his wife, Rosario Murillo, concentrating power in the executive branch. Although Murillo lacked formal authority, she wielded power in a far more populist way than her husband, who tended to work behind the scenes. Murillo projected her image widely on her daily radio and television shows. Billboards, plastered with photos of Ortega and Murillo, proclaimed Nicaragua to be “Christian, Socialist, and in Solidarity.” Murillo finally formalized her power as Ortega’s vice president in 2017.

Under Ortega and Murillo, Nicaragua has been what scholars call a “hybrid regime,” or a government that maintains a balance between authoritarianism and democracy by tolerating protest, at least to a point. Before the 2018 protests, there had been other demonstrations, some of which were permitted, and some repressed through roadblocks, threats, and even violence against activists. But the protests that began in April 2018 marked a turn.

Early in the month, environmentalists protested the inadequate government response to a huge fire in the Indio Maiz reserve, one of the biggest reserves of tropical forest in Central America. Then just as the fire was contained, retirees and students began protesting reforms to the social security system that would have had increased worker payments, and decreased pensions.

In response, men in t-shirts proclaiming “United in Victory! Daniel, Rosario” and printed in Murillo’s signature colors—hot pink, blue, and yellow—attacked protesters and onlookers. They attacked journalists and confiscated or destroyed their equipment, and beat or shot protesters. Much of the violence was broadcast live on Facebook, as well as on live television. The next day, protests extended to cities beyond Managua, and three people died.

Supposedly, Ortega, who was out of the country, did not know what was going on, and Murillo authorized the violence against demonstrators. Although Ortega withdrew the social security reforms a few days later, it was too late. Anti-government protests continued, and by June 19, 212 people had been killed amid the protests, according to an IACHR report.

Although activists continue to protest, the mass opposition movement was largely crushed by the Ortega-Murillo government by the end of 2018. Since then, the government has been unrelenting in its efforts to eliminate any possible threats represented by the media, the opposition, and non-governmental organizations. State efforts to intimidate and suppress dissent have only accelerated in recent months as the November 2021 presidential election looms. Given the government’s ban on protest, its control over the mass media, and the fact that the best-known presidential challengers are in prison, the November election cannot be anything but a very tragic farce.

Like in the past, this tragedy will be strongly felt by members of the LGBTQ community and their allies. In the face of ongoing threats, they are calling for international solidarity through grassroots support, diplomatic pressure, and targeted sanctions against individuals who have committed human rights violations—not against the country as a whole. As in the 1970s, social justice requires solidarity with the victims of today’s dictatorship in Nicaragua.