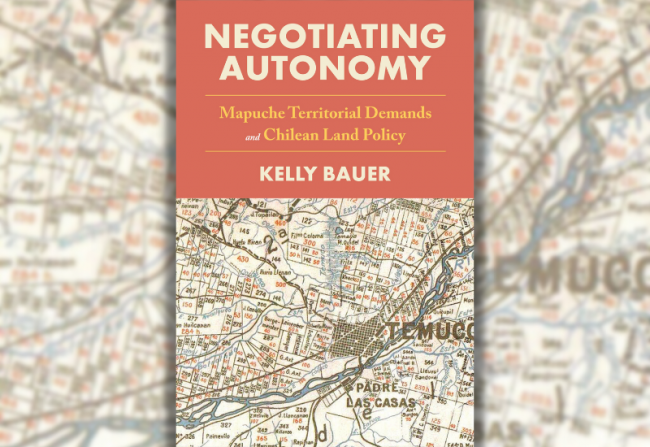 On January 3, 2008, 23-year-old Mapuche youth Matías Catrileo Quezada was murdered by an officer of Chile’s police force, the Carabineros. The killing took place on the Santa Margarita hacienda—owned by Jorge Luchsinger, a settler of Swiss descent—amid efforts by the Lof Llewpeko, a Mapuche community neighboring Santa Margarita, to reclaim their ancestral lands.

Catrileo was a member of the Coordinadora Arauco Malleco (CAM), an autonomous Mapuche organization that employs sabotage against agricultural and forestry machines, as well as territorial control, as means of occupying hacienda and forestry plots. Both strategies aim to reclaim ancestral lands.

Years later, on January 4, 2013, Werner Luchsinger (75), a cousin of Santa Margarita’s owner, and his wife Vivianne Mackay (64) were killed in an arson attack on their home at the Granja Lumahue hacienda. The assailants who started the fire were allegedly Mapuche. Based on that allegation, the only person detained in the case was Machi (Mapuche healer) Celestino Córdova.

These events in part illustrate the historical tensions between the Mapuche Nation and the Chilean state—as well as the settlers, who arrived and settled in the area in the mid-19th century amid the Chilean republic’s occupation of territory once inhabited by the Mapuche. In this context, U.S. political scientist Kelly Bauer’s book Negotiating Autonomy: Mapuche Territorial Demands and Chilean Land Policy examines how neoliberal ideology navigates Mapuche territorial demands through present-day institutional mechanisms. Focusing on the post-dictatorship governments from 1990 onward, Bauer addresses Law 19.253, also known as the Indigenous Law, specifically the legislation’s article 20B. Through this mechanism, as Bauer explains, Indigenous communities petition “for the government to purchase and transfer formal land titles to historically occupied land.” Bauer argues that the neoliberal and technocratic ideology of Chilean governance is at cross-purposes with how the governments of Patricio Aylwin (1990-1994), Eduardo Frei Ruiz-Tagle (1994-2000), Ricardo Lagos (2000-2006), Michelle Bachelet (2006-2010), and Sebastián Piñera (2010-2014) responded to Indigenous territorial demands.

In play in the book are the inconsistencies of what Bauer calls a “middle space,” where government interventions and the demands of “Mapuche communities” (a term used in the Indigenous Law) are simultaneously brought together and questioned. In this middle space, government officials rely on formal and informal strategies to empower the state, which “preserves and extends both neoliberalism and the hegemony of political and economic elites in the region.” Among the political and economic elites are the descendants of settlers. At the same time, Mapuche communities use institutional channels, land restitution processes available through article 20B, and extra-institutional channels, such as social mobilization, to promote and advance their territorial demands before the state. Social mobilizations influence government responses and, in some cases, are “perceived to be a threat to the integrity of the Chilean state itself.” This is especially so when events like the killings described above take place.

Over the last 25 years, amid the neoliberal reforms implemented in Chile and throughout Latin America, Mapuche communities’ disputes have been exacerbated. Consequently, through protest and social mobilization, communities have persuaded the state bureaucracy to “negotiate governance” with Mapuche claims. Bauer describes these processes in detail, methodically bringing together field research, interviews, reviews of public documents, and surveys, among other sources. Her research also includes a dataset that covers the lands acquired by 266 Mapuche communities between 1994 and 2013.

One interesting aspect about Negotiating Autonomy is how it notes the limits and strengths of the neoliberal focus, considering the technocratic and centralized nature of Chilean governance in executing land policies. In dealing with neoliberalism’s contradictions in applying article 20B of the Indigenous Law, the author turns to David Harvey, who describes neoliberalism as “both a ‘utopian project’ and a ‘political project,’ furthered by particular techniques of governance.” Bauer emphasizes that, in the second instance, neoliberalism translates into the strategies of institutional and extra-institutional actors who work, to some degree, to respond to the demands of Mapuche communities. These strategies do not necessarily align with the canons of Chilean neoliberal governance. This is a notable contribution.

Another noteworthy aspect of the book is the connection to the Chilean estallido social or social explosion of 2019. Specifically, these social mobilizations were defined by a questioning of Chile’s neoliberalization. The author points to graffiti and posters with the image of 24-year-old Camilo Catrillanca, who in 2018 was killed by Chilean police in his community, Temucuicui. The territory is well known for the community’s mobilizations to reclaim its lands in the Ecrilla comuna in the Araucanía region. In marches during the uprising, it was also common to see the wenufoye, a flag used by the Mapuche movement. And the protests also brought the removal of colonial symbols, such as statues and monuments. In the city of Temuco—home to the headquarters of the National Indigenous Development Corporation (CONADI), the public body responsible for overseeing Indigenous policy—demonstrators toppled the statue of Pedro de Valdivia, the 16th-century Spanish conquistador credited with colonizing Chile. The removal of statues is interesting because it dialogues with similar experiences in the context of antiracist and anticolonial protests across the Americas and Europe, such as in Colombia, the United States, United Kingdom, and Belgium.

In the book, Bauer presents eight examples of Mapuche communities that processed territorial claims through CONADI. All are from Padre Las Casas, a comuna neighboring the city of Temuco, the regional capital. One of the communities is Juan Catrilaf II, which recuperated lands owned by the Luchsinger family. Given that the author approaches the issue with a focus on Mapuche territorial demands, it would have been interesting to read about examples happening outside of institutional mechanisms, especially as territorial claims are not settled but remain an ongoing issue. In fact, under the current government of Gabriel Boric, who took office in March, land claims continue, and many are being pushed by organizations and communities calling for Indigenous autonomy.

In chapters three and four, the settlers—such as Luchsinger, Gastón Caminondo, and Andrés Molina, among others—and the forestry companies—such as Masisa, among others—emerge as the political and economic elite in the region. One characteristic of the forestry companies is that they were the main beneficiaries of the neoliberal reforms carried out during the Pinochet dictatorship via Law 701 in 1974. According to the book, in the land claims involving forestry companies, the corporations hold great influence in determining the outcomes of land sales. This influence is “accompanied with political power,” Bauer writes. We must ask: How do neoliberal logics and land grabbing, represented by the forestry industry, persuade not only bureaucrats but also political actors to decide whether to return lands to Indigenous communities? How do diverse agents—public officials in the justice system or local and regional governments, among others—have conflicts of interest within the so-called Mapuche conflict?

This book is an invitation to scholars of social sciences, Latin American studies, and political sciences to engage with aspects of Indigenous policy in contemporary Chile. This call is reinforced with the process of “political change” the country is currently seeing in the wake of the social explosion. In this sense, how can future studies in this area dialogue with ideas developed through traditional Mapuche and Indigenous politics? Should colonialism and neoliberalism, as structures that oppress Indigenous peoples, necessarily be confronted through institutional channels and the confines previously defined by the state? Beyond these questions, Bauer’s work presents an opportunity to engage with and delve into the diverse expressions of the Mapuche and Indigenous movement and their political horizons.

Pablo Millalén is a member of the Comunidad Historia Mapuche. He is a doctoral student in Latin American Studies at the University of Texas, Austin.