New Life in Laredo As the Border Reopens

For nearly two years during the pandemic, Mexicans could not cross the Rio Grande for shopping, tourism, or family visits. Border cities dependent on their business were hit hard but have hope now that the travel ban has been lifted. 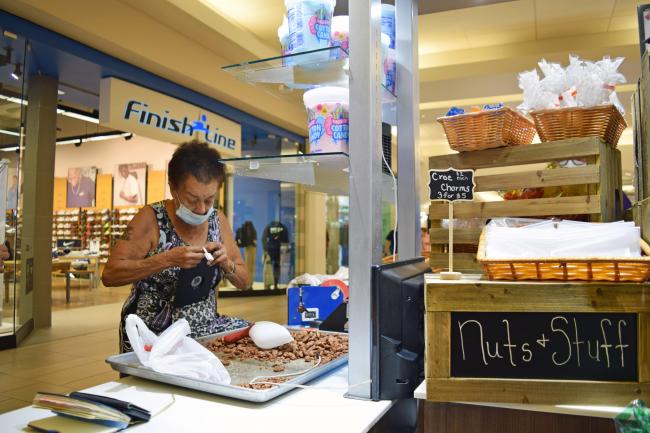 For nearly three decades, Texas native Irma Ramirez has worked at different stores and stands in the Mall del Norte, only a mile away from the Rio Grande. To say she’s an institution within the mall is an understatement. Those who pass by her colorful Nuts N Stuff cart, which is covered from one end to the other with sweets and candies, wave hello or stop for a few minutes to chat, and her cart is a favorite stop for Laredo locals and visitors from Mexico.

“I have customers from everywhere—Zapata, Eagle Pass, Nuevo Laredo, Monterrey. No matter who it is, I talk with them,” Ramirez explained in Spanish.

Ramirez hasn’t seen many—if any—of her customers from the other side of the border for nearly two years. The Juarez-Lincoln International Bridge that connects Laredo, in the United States, with Nuevo Laredo, Mexico, used to be packed with cars and vans. Now it has but a sliver of individual and family traffic. Instead, the vast majority of the lanes is taken up by the 18-wheelers that literally drive the engines of commerce between the two countries.

Sales and foot traffic at Mall del Norte have plummeted, devastating small businesses already hurting from e-commerce and online deliveries. Since March 2020, foreign nationals—the majority of them Mexicans—who crossed the Rio Grande for bargains were barred from entering the United States as a result of Covid-19.

“Since the pandemic started, it’s all gone down, down, down. It’s been horrible,” Ramirez said. But there is hope. On November 8, the hundreds of cars and vans that previously lined up for miles along the international border were once again in queue, waiting for midnight to strike and the bridge to reopen to those with non-American passports.

“Now that the border is opening again, we can have what we had before,” said Ramirez, clasping her hands together.

Covid-19 Closed One Border and Many Businesses

November 8 represented not only a reopening of sorts, but a reconvening of people whose lives are connected across and along the Rio Grande.

In March 2020, the Trump administration closed the U.S.-Mexico border for any non-essential travel to prevent the spread of Covid-19. For families used to crossing the border daily, this change upended their lives.

In Laredo, businesses of all sizes felt the impact immediately. Large retailers like Walmart and Ross, both famous destinations for deal hunters, and local restaurants accustomed to having Mexican customers on the weekends, saw their sales decrease drastically.

“We saw a reduction of around 40 percent in sales since the pandemic began,” said Jose Gonzalez, the 26-year-old manager of a Walmart on San Bernardo Avenue.

The pandemic also forced people to seek additional jobs when their incomes dried up. Sergio Maciel, 44, used to earn enough to support himself by shining shoes at the Mall del Norte. Plenty of walking customers made for good money. When the border closed, his revenues decreased by 75 percent.

“Over half of my clients were from Mexico and other border towns and the pandemic and this closure has changed this for us completely,” Maciel said. “I had to look for other jobs for the first time in my life. I worked as a security guard, on roofs, whatever I could find.”

Maricela Soto, originally from Nuevo Laredo, has made her livelihood in the American twin city working various jobs for over 20 years. She currently works at the Ross clothing store and is used to seeing the serpentine lines during the holidays. With the November 8 reopening, she’s hoping to see these lines again after two years without them.

“We like that the border is opening up again because we need everyone,” the 60-year-old said. “We don’t care how the store ends up or how much we have to clean it up—at the end of the day we just want people to buy things.”

During the pandemic, many businesses across downtown Laredo have barred their doors with “closed” signs that have since collected dust. Just look around, Gonzalez said, many places did not survive the pandemic. Laredo is a city that depends on cross-border business, Gonzalez said. It’s as simple as that.

Economics, Security, and a Post-November 8 Plan

The reopening was largely an economic matter, but also an example of the ongoing asymmetrical relationship between the United States and its southern neighbor, according to experts Tony Payan and Guadalupe Correa-Cabrera.

“The calculation is economic—it was already absurd that Americans were not prevented from going to Mexico. They were allowed to go to Mexico as if they were incapable of carrying the virus,” said Payan, the director of the Center for the United States and Mexico at Rice University’s Baker Institute for Public Policy.

“I think Biden is looking at the economy and gaining some momentum and reopening the border will help border communities. There’s a lot of pent-up demand in Mexico, people who have saved their pennies and who are going to come and shop,” Payan noted.

Despite the political rhetoric within and between both nations, business is essential and beneficial for both. According to the Office of the U.S. Trade Representative, Mexico is the largest goods trading partner for the United States. In 2019, the two-way trade between the countries accounted for $614.5 billion, making it arguably one of the most important trade relationships on a global scale. According to U.S. Department of Commerce figures, on a single day in 2018, trucks and trains carried more than $1 billion in goods across the border, including motor vehicle parts, diesel engines, and refined petroleum.

The pandemic took its toll. Figures from the U.S. Department of State show that goods and services traded between the two nations went down by 13.5 percent to $536.7 billion in 2020, demoting Mexico below China as the U.S. largest two-way goods trading partner.

Although commerce on this scale took a hit, it continued throughout the pandemic. The border closure mainly affected business transactions at the individual level and cut off the cultural flow between communities on either side of the border, sacrificing an important cross-border intimacy, Payan added.

Correa-Cabrera, an associate professor at George Mason University, said that despite the border closure, the number of detained migrants reached their highest levels ever with 1.7 million migrants detained in the 2021 fiscal year per U.S. Customs and Border Protection.

“Illicit flows have continued to operate in their regular ways. Human smugglers and traffickers have sophisticated their methods, their transportation means, and their strategies,” Correa-Cabrera said. “It is something that has not stopped and it shows the corruption on both sides of the border.”

While many have clamored for the Biden administration to reopen the border for non-essential travel for months, it was not until October that officials announced plans to open the Mexican and Canadian borders for foreign nationals again. The news was a huge relief for local leaders like Gabriela Morales, the president and CEO of the Laredo Chamber of Commerce.

Businesses in Laredo already have plans to capitalize on the moment and on the fervor surrounding Mexican consumers. The Chamber of Commerce has promoted its “Regresa a Laredo,” or “Return to Laredo,” campaign that has offered paper and online coupons and discounts at local stores, restaurants, and hotels for those crossing the border in person.

Returning for Shops and Vaccines 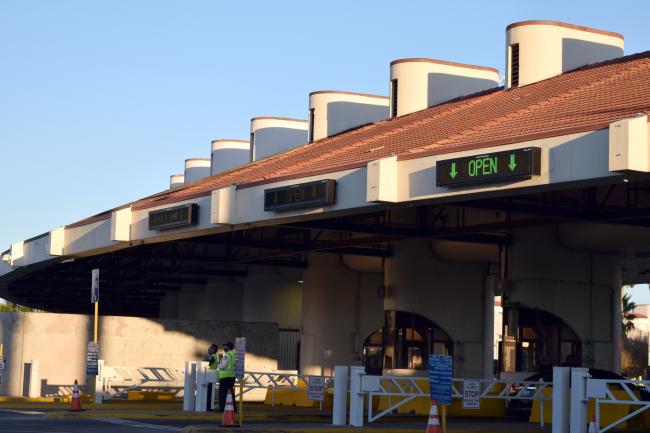 Mexican nationals and other foreigners coming through the southern border have until January 2022 to enter without having to show proof of full vaccination, giving them time to obtain vaccines approved by the Center for Disease Control. Many of these vaccines are not as widely available in their home countries. While Mexico has doses of Pfizer and Moderna, more people have received the Chinese and Russian jabs, which are currently not approved by the U.S. government.

“This opening is selective, and some people will be left behind because of their vaccines,” Correa-Cabrera said. “That is going to cause some damage to the economy, and there will not be a return to normality until [all] these people have the correct access.”

Stores with vaccines like Walmart, Gonzalez confirmed, have already said they are willing to offer vaccines to foreign nationals. Thousands of Mexicans and other Latinos have already traveled by plane to get vaccinated in the United States where vaccines have been more readily available than in their home countries.

As Ramirez looks around the mall that has been her workplace for a quarter century, she recalls years past but also gazes longingly at the halls where she hopes she will see hundreds of shoppers again. She’ll continue selling candy and telling stories to whoever will listen, be they Mexican, American, or from anywhere else.

“I’m really hoping things will get better,” Ramirez said as she wrapped up almonds for one of her clients. “I can’t wait for people to come back.”

Humberto J. Rocha is a reporter covering the U.S. legal system and an international freelancer focusing on politics and culture in Latin America. A Mexico City native and a Harvard and Oxford graduate, Humberto has reported for Forbes, Hearst Connecticut Media, The Yomiuri Shimbun and other outlets.