Ultimately, gender equality and identity legislation like that in Argentina should be applauded, hailed, and covered by popular media. However, coverage of progressive social legislation warrants just as much critique and journalistic rigor as any article on economics.

On May 24, 2012, The New York Times published an article regarding recent legislation in Argentina that grants transgender individuals the right to change their national ID card, foregoing bureaucratic measures that previously made this action near impossible. Under new legislation, transgender people do not have to undergo sex-reassignment surgery or a psychological diagnosis in order to obtain an ID that reflects how they self identify. This measure, as described by The New York Times, as well as other popular media sources such as the Huffington Post, Fox Latino, and most recently NPR, is “groundbreaking” and “cutting-edge” in terms of global gender equality legislation and rights. Though all of these articles should be recognized for covering unprecedented legislation for a traditionally ignored and stigmatized community, they also warrant critical attention for several reasons related to popular press coverage on Argentina and a general lack context related to the complexity of gender equality within Argentina. 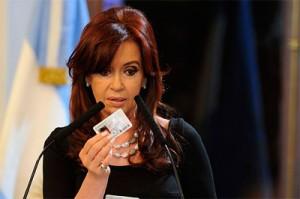 I was initially struck by The New York Times article as it expressed an unusually positive outlook on an Argentine matter. The predominant coverage on Argentina (unrelated to soccer or wine) possesses a demeaning tone and hypercritical rhetoric used to bash practically any policy that can be tied to Argentine president Cristina Fernández de Kirchner. From economic policy to freedom of the press, most coverage on anything Argentine is overtly derogatory and backed up by “experts” whose expertise affirms the publication’s opinion on how the nation should be run. In several recent articles on the nationalization of YPF (the oil and gas company formerly owned by the Spanish Repsol), the New York Times quoted several economists, one of whom described the measure as “self destructive” while the other described Argentina as “a truant of economic management.” Recently, The Washington Post published an op-ed by Jorge Rendo advising that Argentina should best “look to the example of the United States and its commitment to protecting voices across the political spectrum.” As if the U.S. press wasn’t sensational enough, British publications such as The Financial Times delight in publishing scathing pieces such as a recent op-ed that compares present day Argentina to apartheid South Africa.

That said, coverage on Argentina’s new gender identity legislation possessed quite the opposite tone and quotation style. Contrary to most of the press, which tends to quote experts and economists from the United States, these pieces published in The New York Times, NPR, and Fox Latino quoted trans-activists and individuals living in Argentina and fighting for this kind of legislation. Furthermore, all pieces validated the legislation by quoting North American experts such as Katrina Karkazis, a Stanford trained bioethicist and Harper Jean Tobin from a leading transgender policy institute in D.C., both of whom regarded the law as “deeply progressive” and “cutting edge.”

Though each article highlighted the global relevance of this legislation, they also omitted insight on the grave ironies when it comes to the reality of gender equality within Argentina. Though it is true that Argentina has passed an unprecedented amount of progressive social legislation such as gay marriage, death with dignity, and gender identity legislation, it has yet to offer comprehensive access to reproductive health care for all women including safe and legal abortion. The National Ministry of Health has estimated that about 80,000 women a year are hospitalized due to complications from unsafe abortions and that 20% of deaths recorded due to obstetric emergencies were caused by illegal abortions and the maternal mortality rate is exceptionally higher than that of neighboring countries. In March of this year, the Supreme Court passed a measure that granted rape victims the right to seek legal abortion. This was a landmark decision, considering that previously the law only granted legal abortions to raped women who were considered to be mentally ill (“idiota”or “demente”). Though this was intended to make abortion accessible for any woman who had been raped, it ultimately left the implementation of the law up to each province. Last week, Buenos Aires mayor Mauricio Macri vetoed this decision for a woman seeking an abortion after she had been sold into prostitution and raped. Though Argentina has made strides when it comes to general human rights, there is somewhat of an inconsistency when it comes to basic women’s health care and rights.

Ultimately, gender equality and identity legislation like that in Argentina should be applauded, hailed, and covered by popular media. However, I find it confusing that the mainstream press can praise the creation of social policies such as gender legislation and gay marriage while consistently mocking the same nation’s economic decisions. Though gender identity legislation is a huge victory for gender equality in Argentina and the world, it’s still fair to question why basic health care for women has not been seriously addressed in a country that is hailed as a radical global leader in gender equality legislation. None of the articles mentioned this obvious contradiction, nor did they include any dissenting voices or criticism, thereby glossing over an issue that is much more complex and contentious. I do not endorse the overtly offensive and inflammatory approach that the popular press has taken on Kirchner and her economic decisions, however, I do think that coverage of progressive social legislation warrants just as much critique and journalistic rigor as any article on economics. And for the record, Cristina Kirchner, the same “sad and delusional” president so frequently disparaged by popular media signed this piece of globally groundbreaking legislation into law.

Claire Branigan has lived and studied in Buenos Aires, Argentina and conducted research on the politics of State Terror, human rights and collective memory. She has worked with the Madres de plaza de Mayo Linea Fundadora and is interested in the intersections of gender, human rights and popular discourse.