Media in Latin America have traditionally been consolidated into the hands of a few wealthy families and large media conglomerates. Over the last decade and a half, however, several governments in the region, including Venezuela, Ecuador, Argentina, Bolivia, and Uruguay, have moved to democratize media.

Media in Latin America have traditionally been consolidated into the hands of a few wealthy families and large media conglomerates. Over the last decade and a half, however, several governments in the region, including Venezuela, Ecuador, Argentina, Bolivia, and Uruguay, have moved to democratize media. These governments have redefined the concept of communication from a commodity to a people’s right. They have moved to redistribute the airwaves, prioritizing local community stations and passing laws to prevent the discrimination of marginalized groups in broadcasted content. These steps have not been without controversy.

Although grassroots movements and community activists applaud them, organizations such as the Inter American Press Association (IAPA), the Committee to Protect Journalists, and Human Rights Watch have labeled them a threat to press freedom in the hemisphere. Below is a short panorama of the most groundbreaking or controversial media-democratization steps in Latin America over the past 15 years, and some of the responses from local actors. 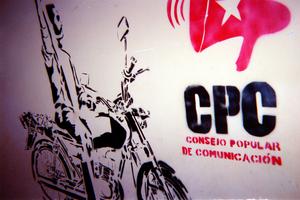 In 2000, Venezuelan lawmakers reformed the country’s Organic Telecommunications Law in order to guarantee access to communication as a human right and establish three types of media: private, state and community.1 In 2002, manipulated television footage from mainstream Venezuelan channels was used to justify a short-lived coup d’etat against President Hugo Chávez. After Chávez returned to power, the government began providing support for community media produced in Venezuela’s poor barrios by authorizing the legal operation of 30 community TV and radio broadcasters.2

In 2004, the National Assembly passed Venezuela’s most controversial media regulation, the Social Responsibility in Television and Radio Law (Ley Resorte), which prohibits outlets from airing content that incites hatred, intolerance, racism, criminal activity; disturbs public order; discredits elected authorities; or incites disrespect for laws. Three years later, Venezuela’s National Telecommunications Commission (CONATEL) chose not to renew RCTV’s concession in response to the channel’s open support for the 2002 coup. The nonrenewal withdrew RCTV’s right to air content on public airwaves, but the station continues to operate on cable and satellite TV. A new public-access network, TVes, began to broadcast in RCTV’s place.3 In 2009, CONATEL announced the closure of 32 private radio and TV stations whose licenses had expired, which had violated regulations, or were reluctant to pay mandatory fees. The concessions were reassigned to community media. In late 2010, the National Assembly reformed the Ley Resorte to expand its scope to the Internet.4

The spectrum of Venezuela’s airwaves has changed dramatically as a result of these policies enacted over the past 14 years. While in 1998, the broadcast spectrum included 331 commercial and 11 public access FM stations, in addition to 36 private and eight public television broadcasters, by April there were 499 private, 83 public access, and 247 community radio stations, as well as 67 commercial, 13 public service, and 38 community television concessions.5

In 2007, Uruguay’s General Assembly passed the Law for Community Broadcasting, formally recognizing community TV as a sector of the nation’s airwaves. Beforehand, community, alternative, and nonprofit media, including university TV and radio stations, were considered to be operating illegally. By the end of the first year of the law’s implementation, 38 community radio stations had been recognized by the Uruguayan government. Four years later, over 100 are in operation. With the recent digitization of TV, the government predicts that dozens more will be created over the next year.8

According to former National Telecommunications director Gustavo Gómez, economic interests have firmly resisted the changes in regulation and diversification of content, but by inviting media owners to participate in the elaboration of this law it has helped to avoid polarization. 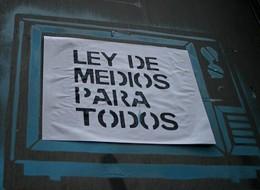 In 2009, Argentina’s congress passed the Audiovisual Communications Services Law to change the unequal concentration of media ownership by redistributing broadcasting licenses among three sectors: 33% private, 33% public, and 33% nonprofit. The law limits the number of concessions any broadcaster may hold to 10 and establishes that concessions be renewed every 10 years instead of 20 so that licenses are recycled more frequently and smaller outlets have more opportunities to compete.

Shortly after its passage, the United Nations Special Rapporteur for Freedom of Opinion praised the law as “a stride forward in Latin America against the increasing concentration of media.”9 However, according the director of Argentina’s Radio Production Center, Francisco Godinez Galay, media ownership has yet to be significantly adjusted. The law has garnered strong opposition, particularly from Grupo Clarín, Argentina’s largest media conglomerate. Grupo Clarín is particularly critical of article 161, which the company fears could force it to break its monopoly, decreasing the company’s concessions to just 10 in one year.10 Grupo Clarín supporters also argue that the law is a pretext to unfairly target media companies critical of Cristina Fernández de Kirchner’s government. The Coalition for Democratic Broadcasting, a group composed of hundreds of grassroots organizations and independent media producers, prepared 21 points for the law, many of which were included in the final legislation. Nevertheless, independent-media groups like the National Alternative Media Network believe the classification of “nonprofit media” hinders the participation of some local and community broadcasters because they have to compete with powerful religious associations and unions for concessions. 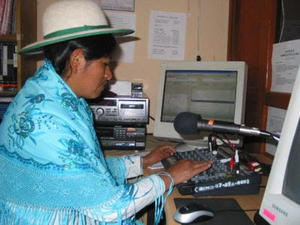 In 2009, 61% of Bolivian voters approved the Bolivian Constitution, which states that “media are forbidden from directly or indirectly forming monopolies or oligopolies.”11 The following year, Congress passed the Law Against Racism and Any Form of Discrimination, which reformed the penal code to ban media from promoting racist or discriminatory ideas. Private media networks in Bolivia labeled it the “muzzle law,” warning that it could be used as a pretext to target those media that oppose the presidency. 12

In 2011, Bolivia’s National Congress passed the General Telecommunication, Information and Communication Technologies Law, which is modeled after legislation in Argentina and Ecuador, except that 17% of broadcasting licenses are reserved for indigenous, peasant, or rural organizations and 17% for urban civil society organizations. Private media criticize that proportional redistribution of concessions will decrease the number of licenses held by current media owners. Nevertheless, Eduardo Rojas, executive director of the Redes Foundation for Sustainable Development, an organization that helped to write the new telecommunications regulations, says that the digitization of TV and radio is expected to expand the number of broadcasting frequencies fourfold and that the expansion of public and community media in peripheral regions won’t affect private media concessions, which concentrate in the country’s metropolitan centers.

Ecuador’s Organic Communications Law has been in a congressional stalemate for two years. Like the laws in Argentina and Bolivia, it would redistribute the broadcasting frequencies into three equal sectors: 33% private, 33% public, and 34% community. According to José Ignacio López Vigil of the community radio organization Radialistas Apasionadas y Apasionados, while Ecuador’s 2008 constitution officially recognizes community media, they hold almost no concessions. If passed, the law would require regional and national broadcasters to air 40% nationally produced content and 10% independent programming. Fifty percent of on-air music would be required to be nationally produced. According to López Vigil, broadcast-license holders would be limited to one television station and one FM and one AM radio frequency. Advertising that targets children and adolescents as well as any discriminatory or hate-inciting homophobic, sexist, or racist content could be legally processed under the law. At present, 71% of radio and 85% of TV is private in Ecuador.13

Alexandra Hall is a graduate of Columbia University’s Institute of Latin American Studies. She is a Producer and Co-host of NACLA Radio.

11. Article 107, III, Constitution of the Plurinational State of Bolivia.

For more on this subject see Democratizing the Media: An Interview with Carlos Ciappina.