Susana Villarán's electoral defeat in Lima is instructive for left-wing leadership in Latin American cities where the left remains weak.

This article is the third of three installments devoted to analyzing the municipal elections in Lima. Read the Spanish translation of this article here. 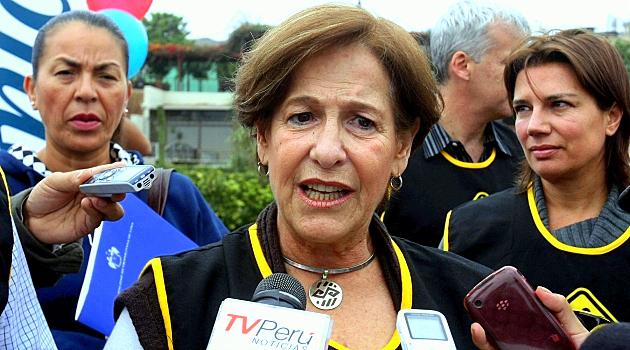 On October 5, 2014, a resounding 50.6% of voters in Lima, Peru, elected Luis Castañeda Lossio for a third term as mayor (he had previously served as mayor in 2003-2010). The center-left incumbent Susana Villarán of the relatively new Social Force Decentralization Party (FS) came in third with 10.7% of the vote, trailing the 17.9% of Enrique Cornejo, candidate of APRA—the establishment center-left party. Although these results were widely anticipated in the run-up to election day, much of Lima remains dissatisfied with Castañeda’s win. Whereas in 2006, then-incumbent Mayor Castañeda won re-election with majority support in 27 of Lima’s 43 districts, in the 2014 contest he only won 12 districts.

Building on our previous articles about Villarán’s administration and campaign, here we discuss Villarán poor showing at the ballot box and its relevance for leftist candidates in the Latin American metropolis. Although various explanations have emerged in election post-mortems, we find that the cumulative weight of four years of well-financed media attacks significantly crippled Villarán’s capacity to publicize and take credit for her administration’s achievements. Compounded by a lack of a viable metropolitan or national coalition, Villarán’s reelection campaign always faced long odds. But her defeat may nonetheless prove instructive to left and center-left candidates in urban settings where the left remains weak.

Villarán’s loss provoked a good deal of analysis by popular media that sought to explain her defeat. These explanations ranged from her lack of opportunity to directly challenge Castañeda in a public debate to the rocky implementation of the Corredor Azul (Blue Line) transit project—a project some dismissed as an election-year publicity bid. Some also criticized Villarán for reneging on her February 2013 promise—during the recall election campaign—not to seek a second term.

More significant in our view, however, was her inability to effectively communicate her achievements. This was in significant part due to the relentless right-wing driven media attacks that aimed to destroy the Villarán administration. Castañeda wanted back in to City Hall, and would have targeted any sitting mayor, but Lima city councilman Pablo Secada argues that Castañeda’s attacks on Villarán were particularly harsh and constant because she had dared to call out Castañeda for his failures and corrupt style of governance.

Villarán’s failure to communicate her achievements meant that she actually proved least popular among Sectors C and D (the third and fourth socioeconomic quintiles)—the very sectors that most benefitted from her administration’s Barrio Mio (“My Neighborhood”) urban development program. Anel Townsend—Villarán’s advisor during the recall election—commented that Villarán expressed a conviction to demonstrate humility by not boasting about her successes, and that during her first year in office she did not publicize a single achievement. Eduardo Zegarra Méndez, Senior Researcher at the Group of Analysis for Development (GRADE), goes so far as to argue that during Villarán’s first year in office, she accomplished more than Castañeda had done in his first year, in 2003.

During the recall campaign, Villarán did begin to articulate her achievements in Lima, but such non-stop advertising proved costly. Townsend pointed out that with few allies and a dispersed coalition of support, Villarán’s administration nearly singlehandedly bore the costs of getting the word out about its achievements. Thus, after beating back the recall, Villarán reverted to her style of focusing on the work, rather than worrying about taking credit for it. This pattern may have fed her critics. Since she most assertively took credit for her achievements around the recall election and the 2014 mayoral race, some saw this as election-time pandering, rather than a reflection of a successful agenda.

Since Villarán approached the 2014 elections in a weak position, expected to lose, her defeat does not necessarily present a puzzle in need of explanation. But as she was one of the more prominent metropolitan mayors in Latin America recently elected on a leftist platform, the fact that she could not even pose a credible threat to Castañeda’s coronation raises the issue of what Villarán’s trajectory means for other left and center-left big city mayors.

One lesson may be that polarization did not serve Villarán well. In other metropolitan settings where the left is weak, polarization may likewise be a strategy for defeat. During the 2014 campaign, Villarán portrayed herself as progressive and Castañeda as backward, but it seems clear that this strategy did not help her capture any more votes. Those who wanted a change did not turn to one of the many other candidates on the ballot, but instead returned to the former mayor—who may be corrupt, but at least seemed to have gotten things done.

Villarán also never secured national support, instead coping with hostility from the APRA government of Alán García and tepid support from that of Ollanta Humala. According to an interview with former city councilwoman Marisa Glave, lack of support translated into lack of coordination between City Hall and the national government. Villarán thus ended up in an electoral position similar to where she was in mid-2010—supported by artists, journalists, and progressive educators, but with minimal mass support.  Some political objectives—and careers, for that matter—can be well served by fighting the good fight. But in the case of Lima’s mayoral contest, hindsight suggests that Villarán’s agenda would have been better served by her pulling out of the race and backing another candidate to challenge Castañeda’s presumed ascendancy.