Bad Hair Director Mariana Rondón shares her thoughts on the right to be different, utopian cities, and the ingenuity of children. 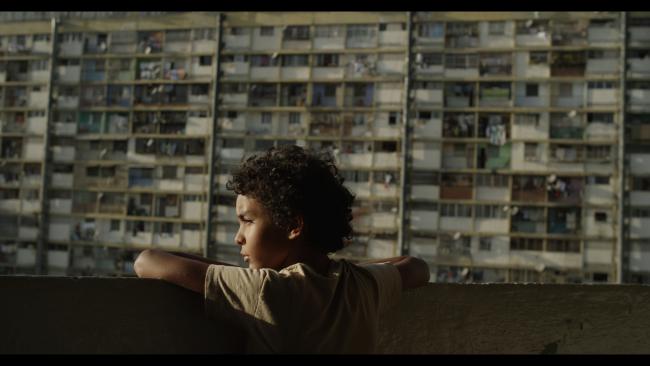 Last year, Bad Hair (Pelo Malo, 2013) became the first Venezuelan film to nab the top prize at the San Sebastian Film Festival in Spain. Writer, producer, and director Mariana Rondón, became the fourth woman in the festival’s history to win the Golden Shell. The neorealist drama tells the story of nine-year-old Junior and his recently widowed and unemployed mother Marta, as she struggles to raise two young children alone. Filmed on location in Caracas, against a backdrop of a polarized country, the camera follows the mother and son pair as they navigate the crowded and unwelcoming metropolis.

With the start of the new school year approaching, Junior becomes obsessed with straightening his curly hair for the yearbook photo. Between his affectations and the excessive time he spends in front of the mirror, a resentful Marta begins to suspect Junior might be gay. Their strained relationship becomes a haunting and realistic portrayal of intolerance and abuse as Marta becomes increasingly hostile towards Junior. The film offers a powerful and moving portrait on homophobia, gender, racism, sexuality, and identity. Bad Hair has been included in several LGBT film festivals in the United States, including the Frameline Film Festival in San Francisco, and Outfest, where the film was awarded the Special Programming Award for Freedom.

Born in Barquisimeto Venezuela, Rondón studied animation in France and later graduated in the first class of the EICT, the International Film and TV School in Cuba. Her first short film, Street 22, screened internationally to critical acclaim, winning 23 awards. Rondón’s next film, the semi autobiographical Letters from Leningrad (Postales de Leningrado, 2007) was inspired by her parent’s involvement in the guerrilla movement. Rondón has also developed a parallel career as a visual artist, having shown her work internationally.

Through an email correspondence in October, Rondón shared with me her thoughts on the right to be different, utopian cities, and the ingenuity of children.

José Raúl Guzmán: How was the idea for Bad Hair born and how did you develop the characters of Marta and Junior?

Maríana Rondón: Bad Hair was born from a very common expression in Venezuela and in the Caribbean. It is pejorative toward the hair of black people. The truth is that in Venezuela we are so mixed, that a lot of people have “bad hair,” even those who are not considered black. Junior is the main character of the film, and he is responding to the world of cultural demands in order to look like a trendy singer with straight hair. But in a sexist culture like the Venezuelan, it is not well seen that a man would straighten his hair, and that prejudice is what drives the mother to think she is protecting her son, preventing him from reaching his dreams. 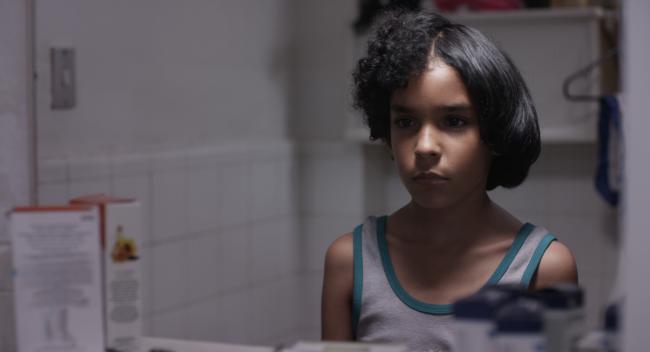 That is why I wanted to take a common situation in my country and speak of the great wound we have as a society. The film addresses racism, homophobia, and much more. It speaks to the right to be different, no matter what that difference may be.

Marta and Junior are trapped in the middle of a culture of contradictions. They are a family, they reflect their context, and little by little they begin incorporating it, and making their own gesture of incomprehension and violence. Marta, the mother, teaches her son Junior to survive like her, without resources, without liberty.

The child actors Samuel Lange and María Emilia Sulbarán give sublime performances. What was the casting process like, and how was it working with these talented young actors?

Play is at the center of the universe for kids and also for my work. In my own life, I try to play all the time. That is what working with them consisted of.  Even though it seems like a contradiction, because of the difficulty of the film, we had a lot of fun.

Improvisation was an important part of the filming process. What influenced your decision to film this way, and which scenes developed from improvisation?

Improvising allowed us to discover many more possibilities for the characters and the story. The scenes where Marta dances with Junior, saying “Because I feel like it,” is a great scene that goes through many emotional states, and comprises the emotional arc of the film. That came about through improvisation.

The multifamily dwelling in Caracas adds another important dimension to the film and is also part of your interactive installation “Superbloques.” What attracts and fascinates you about this type of architecture?

One of the first images I had of this film was of the great multifamily buildings and its thousands of stories transpiring behind the walls.

I want to add that these multifamily dwellings are the result of the “utopian city” of Le Corbusier, the French architect—the great modernist and social project at the end of the 1950s. I wanted to film these dwellings and leave a record. Better said these are images that seek to pose unanswered questions about social utopias.

“Superbloques” is an interactive installation that seeks to be a ludic reflection about social spaces and intimate spaces. The images were filmed in the same space we shot Bad Hair. You can always learn so much about those buildings through photographing and filming them.

Bad Hair has had a warm reception in LGBT festivals for its portrayal of homophobia. What does this recognition for the film mean to you?

For me it is very emotional that the film has developed an audience. It tackles homophobia, a very important topic for me. But it also tackles the discovery of identity and sensuality, and the respect for differences, be they political, sexual, or racial.

You’ve worked with Marité Ugás on several projects. What was the process of collaboration like on Bad Hair?

Within Sudaca Films we are the two directors. One directs and the other produces, and vice versa. Marité is also the editor. Imagine, she practically has the film in her hands the whole time. For me, Marité has the eyes with the greatest capacity for criticism, but it is always lovingly, she is always taking care of the film.

I think one of the most important anecdotes of the film is that Samuel was the first child to attend the casting call for the film. I liked him, but I thought I needed to keep looking and I saw more than 300 children. Samuel returned about five times, and with great actor’s intuition, he understood that I liked him more than the other children I was casting, and he ran with it, and that is how he obtained the character of Junior. I think he is a fantastic actor.

José Raúl Guzmán is Assistant Director at Cinema Tropical, a non-profit organization dedicated to the distribution, programming, and promotion of Latin American cinema in the United States. Cinema Tropical is a 501 (c)(3) non-profit; in some instances it receives funding from film companies to assist in publicity.