The Legacy of Hugo Chávez One Year After His Death (Audio)

Today, March 5, marks the one-year anniversary of the passing of Venezuelan President Hugo Chávez Frías. On February 26, the Venezuelan diplomatic mission’s Bolivarian Hall in Washington, DC held a forum titled “The legacy of Hugo Chavez." The panel focused on the political, social, and economic impact that this Latin American leader had on the poor, social movements, and governments alike in the United States, Venezuela, and the region. Since his passing, there have been questions raised about the longevity and viability of many of the regional projects he spearheaded and the struggle for 21st century socialism. The panel also addressed the recent wave of violence in Venezuela and strategies moving forward. 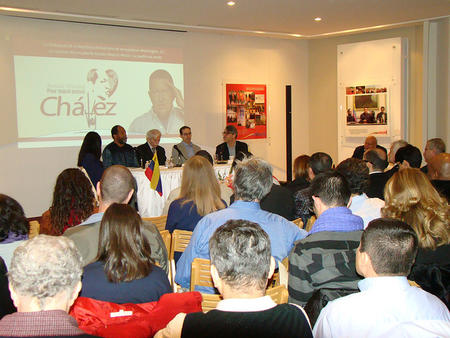