Argentina Takes on Pirates and Vultures

When a billionaire can hold a country hostage, debt “default” takes on new meaning. 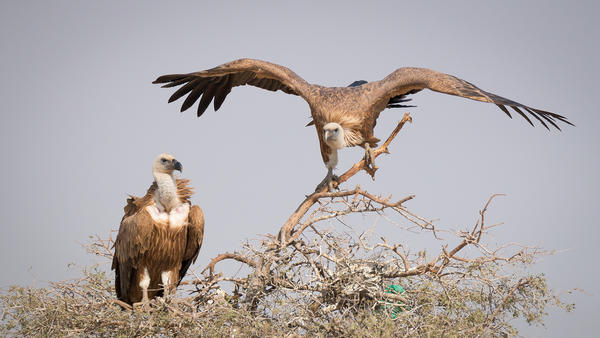 The sailors drew their weapons as the men in uniform approached the ship. The vessel, an Argentine warship named the Libertad, would not be allowed to leave the Ghanaian port where it had docked, the men—Ghanaian authorities—warned; the ship itself was being claimed as collateral by a foreign power across the sea. As news reached Argentina, it was met with shock and outrage. The foreign power—a man named Paul Singer—demanded $20 million from Argentina for the ship’s release.

Was this an act of international piracy? Argentina’s economy minister and some commentators alluded to it as such. It was October 2, 2012, and it was the latest maneuver by billionaire hedge fund manager Paul Singer and his NML Capital fund to seize assets held by the Argentine government. It would be two-and-a-half months before the fate of the Libertad would be resolved and the United Nations' International Tribunal for the Law of the Sea ordered that it be released.

When the Libertad returned home, a defiant Cristina Fernández, the Argentine president, proclaimed, “These ‘vulture’ funds (hedge funds) that tried to take our Libertad ship, this is the 28th extortion they've attempted. They're the product of this global crisis that can be defined as ‘anarchist capitalism’ where there are no global rules and only the lobby of the most powerful is in the right.”

A year-and-a-half later, it appears that Fernández was correct: might makes right in the financial world, and billionaires can potentially wield more power than countries. This is the opinion of many, if not most, analysts and commentators following the 2012 ruling by a U.S. District Court judge in favor of NML Capital and other hold-out investors, which was subsequently upheld in June this year when the U.S. Supreme Court declined to hear Argentina’s appeal.

Argentina’s long battle with these “vulture funds” tracks the history of the country’s emergence from an economic depression and ruin into a dynamic economy with growth and poverty reduction that was among the most successful in the hemisphere over the past 12 years.

For years in the 1990s Argentina was the poster-child for “Washington Consensus” neoliberal economic policies. It had tamed inflation and pegged its currency to the U.S. dollar in what the Toronto Globe and Mail noted was “widely viewed as a masterstroke.” In 1997, IMF Managing Director Michel Camdessus praised Argentina for “reducing state intervention in the economy,” and policies that would allow “high-quality growth of the kind that will be genuinely sustainable over the long term." It seemed to be a model for other middle- and lower-income countries to consider emulating.

Then it all collapsed. The currency’s peg to the U.S. dollar became unsustainable, and a recession that began in mid-1998 turned into a depression. In December of 2001 there were riotous protests in the streets as Argentina was forced to default on its debt. The following month it would break its currency peg to the dollar, and the Argentine peso plummeted in value. Poverty spiked to almost 50% and unemployment passed 20%. Stories appeared in the press of desperately hungry people hunting down cats, dogs, horses, and rats for food.

Argentina was forced to default on $100 billion of debt owed to private creditors. The government threatened to default to the IMF as well (and even briefly did, in 2003), and announced it would pursue alternative policies to the ones that the Fund was pressing on it. Venezuela would later loan billions to Argentina, and offered more so that Argentina could escape dependence on the Fund. But in 2002, the IMF, the business press, and much of the economics profession predicted that Argentina’s troubles were just beginning. They would turn out to be wrong. Even though its access to international financial markets was now limited, Argentina was unrestrained by “Washington Consensus” policy dictates and was free to pursue remedies that would result in robust economic recovery.  The economy began to grow, ending the depression just three months after the default.  Argentina was able to reach its pre-recession level of GDP within three years, and led South America in economic growth over most of the next decade. And by breaking with the IMF, Argentina broke the power of the IMF; Argentina showed that it could stand up to the Fund and get away with it.

“The fact that Argentina's break with the IMF and its policies was key to the country's economic success also has implications for other countries,” Mark Weisbrot, the Co-Director of the Center for Economic and Policy Research (CEPR) has noted. In the years following, Bolivia, Brazil, Venezuela, and others would also end their obligations to the Fund and forego IMF agreements. By 2007, before the global recession hit, the IMF’s total loan portfolio was down to just $20 billion from $96 billion three years before, and most of that $20 billion was loaned to Turkey and Pakistan.

Argentina’s success story resulted from policy choices, not from a commodities boom, as has often been described by the press. As the Center for Economic and Policy Research described in a 2011 report, after Argentina broke with the Fund, social spending tripled in real (inflation-adjusted) terms. Employment as a percent of the labor force rose to a record high 55.7 percent by 2010. Real wages increased by over 40% in five years. Poverty was reduced by over two-thirds, and inequality declined significantly.

In order to do all this, however, default was necessary. Argentina could not both service its debt and address urgent social needs in the wake of the recession and financial crisis. After years of negotiation, the government struck a deal with the great majority—about three-fourths—of its creditors in 2005; by 2010 more than 92% of creditors had reached an agreement for debt restructuring. But Paul Singer and NML Capital, who bought up shares of debt in 2006, apparently never intended to reach any deal. Whereas the great majority of bondholders had lost money, Singer seeks to get a 1,600% return on his bonds.

Judge Thomas Griesa of the U.S. District Court of the Southern District of New York handed Singer a victory by ruling that Argentina must pay NML Capital and other hold-outs at the same time as the majority of creditors with whom it had previously worked out an agreement. The New York Times reported that Griesa appears not to have understood the complexities of the case, including that some of the debt is denominated in foreign currencies. This time, commentary overwhelmingly supported Argentina. The IMF, France, Brazil and Mexico filed briefs in support of Argentina’s appeal to the U.S. Supreme Court (the U.S. government did not, but did so at the previous appellate court). On July 31, over 120 economists including Nobel laureate Robert Solow, Dani Rodrik, and Branko Milanovic sent a letter to the U.S. Congress warning of the ruling’s implications not only for Argentina but for the international financial system and the U.S. as a center of global finance. Countries like Belgium and the U.K. have laws that would prevent the kind of claims the vultures have made on Argentina; the economists noted that countries may choose to issue their debt on those financial markets in the future, rather than the United States.

Nobel Prize-winning economist Joseph Stiglitz cautioned that “The vultures have imposed enormous harm on global sovereign debt markets and on those countries whose well-being depends on them, especially in the emerging markets and developing countries.”

But in the end, the U.S. government—which opted not to file in favor of Argentina before the Supreme Court, and apparently prevented the IMF from doing so either—seems to have backed Singer, even over its own interests. For the vultures, the precedent that Griesa’s ruling sets could be a big win. As the economic justice network Jubilee USA points out, countries such as Grenada and the Democratic Republic of the Congo may be imperiled more immediately, as they also seek to fend off vulture funds.

The Fernández administration in Buenos Aires may ultimately also emerge a political victor. The fight has inflamed national sentiments and rallied the public. Alex Kicillof, the telegenic economy minister famous for his Elvis-style sideburns, has emerged on the international stage as a heroic figure championing the Argentine people. Kicillof is perhaps reminiscent of another bold, young economy minister in a different South American country: Ecuador’s Rafael Correa, whose public sparring with the World Bank in 2005 helped to launch his political career; he was elected president a year later.

Argentina, the press has reported, is in default following the failure to reach agreement with the vulture funds by a July 30 deadline. But the Argentine government rejects this characterization: “Preventing someone from paying is not default,” Fernández said in a televised address, referring to Argentina’s efforts to repay the great majority of bondholders. Meanwhile, the world waits to see whether a single billionaire—empowered by an extremist judge—can hold a country of 41 million people hostage, or whether sanity will prevail. The former would uphold the ruthless world of Wall Street piracy, like a nightmare version of the finance pirates in Monty Python’s “The Meaning of Life.”

Dan Beeton is International Communications Director for the Center for Economic and Policy Research, and economy editor for NACLA.