How a Honduran living in Washington DC experienced the 2009 coup of President Manuel Zelaya. 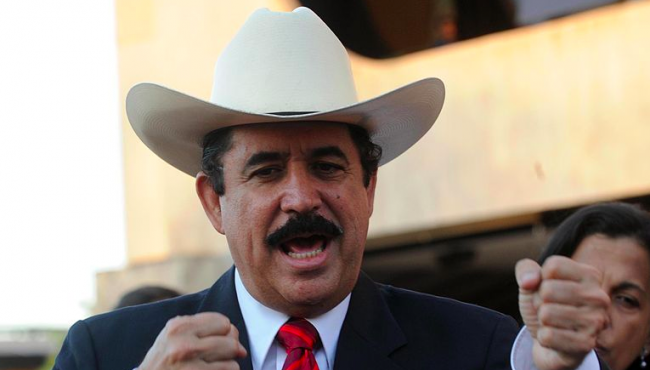 Hondurans each have their own account of how the overthrow of former President Manuel Zelaya affected their lives, but a lesser-known story is in how Hondurans living abroad experienced the coup. In “Exiles” from Radio Ambulante, producer Annie Murphy interviews Rodolfo Pastor, a young Honduran in Washington DC whose family’s history in Honduras spans over a century and was directly affected by the 2009 coup.

Rodolfo Pastor tells a story of exile as a family tradition. However, his is also the story of Honduras’ long-term strugglefor meaningful democracy and economic justice. The country that exiled Pastor's father in the 1970s wasfraught with conflicts over landownership and emerging from a recent war.Pastor’s experience of a diplomatic body fractured by the coup mirrors the cleavages in Honduran societyafter Zelaya's ousting. Annie Murray’s surprise at her colleagues’ acceptance of permanent threats over their lives is a symptom of violence becomingcomponent of everyday life in Honduras at this time.