The Origins of Anti-Haitian Sentiment in the Dominican Republic

Beginning as an elite construction rather than a popular attitude, the widespread vilification of Haitians began under the brutal Trujillo dictatorship. 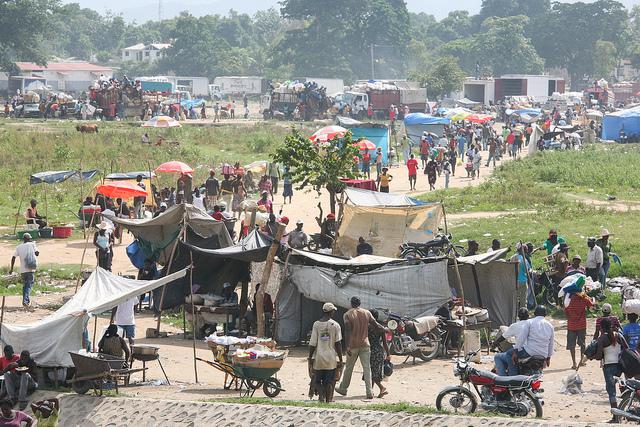 On Wednesday June 17, the deadline for Haitian immigrants and people of Haitian descent to file paperwork with the Dominican government proving their legal right to reside in the country expired. This impacts recent immigrants without documentation as well as Dominicans who cannot prove they were born in the Dominican Republic and that their parents were legal residents. Ominously, the Department of Immigration has reportedly been training officers to carry out deportations, and many Dominican-Haitians are fearful of being forced to leave the only country they know. Although the government has stated they will not begin widespread deportations, the estimated tens of thousands of Dominicans of Haitian descent that still do not have citizenship rights face an uncertain future. Amid international criticism, the Dominican government has repeatedly argued that it has a right to determine who qualifies for citizenship.

While it is easy to simplify these actions into a narrative about the culmination of ancient hatreds—that they are in some way the inevitable result of a blood feudbetween the two nations that stretches back to the Haitian occupation of the Dominican Republic from 1822-1844—the history is much more complex. Accepting such a line of reasoning only perpetuates a narrative created by Rafael Trujillo, one of the country’s most brutal dictators. Ruling the Dominican Republic from 1930 until his assassination in 1961, Trujillo used anti-Haitian ideology to rally Dominicans around his dictatorship by claiming his strict rule was needed to protect the nation from the new threat of “passive” invasion by Haitian immigrants. In 1937 he ordered the massacre of an estimated ten to twenty thousand Haitians living on the border. While this incident is often cited as evidence of the irrepressible conflict between the two countries, Trujillo’s  attempt to carry out mass deportations prior to the massacre failed because local communities opposed the illegal targeting of Haitian immigrants. Indeed, Haitians and Dominicans lived together all over the country, and were often openly hostile to attempts by the central government to intervene in their lives. Both countries had limited paved roads and communication infrastructure, and Haitian and Dominican peasants had more in common with each other than with a distant elite. Far from an expression of popular anti-Haitian sentiment, the Trujillo orchestrated massacre was an attempt to breakdown the long-standing connections between Haitians and Dominicans that limited his power over the country.

The despot could not, however, completely remove the Haitian population from the country. Sugar was one of the nation’s most important exports, and Haitians provided the backbone of the industry’s labor force. Facing this contradiction, the Trujillo government began to isolate Haitian immigrants throughout the country by forcing them to relocate onto sugar plantations. The government faced confusion and resistance from community members, who opposed the forced relocation of their neighbors. But Government officials  pressured landlords to evict Haitians, and  threatened to withhold immigration documents until Haitian migrants relocated. By quarantining Haitians on sugar plantations, the Trujillo regime began to erase the long history of Dominican-Haitian communities on the island of Hispaniola.

The government’s attempts to isolate Haitian immigrants and their children only increased when one of the architects of anti-Haitian ideology, Joaquin Balaguer, was elected to the presidency in 1966. Balaguer instituted policies that allowed Haitian immigrants to reside solely on plantations and to only work cutting sugar cane. At the beginning of each sugar cane harvest the army and National Police would search the country for Haitians and relocate them to plantations involuntarily, even if they possessed legal documentation. In addition, immigrants found without documentation were often forced onto a plantation, without the government regularizing their status. In the process, the legality of Haitian immigrants in the eyes of the Dominican state  became untethered from documentation and only based on location and occupation. Both Trujillo and Balaguer believed that if Haitians could be contained on plantations they could contribute to the wealth of the Dominican nation without ever being acknowledged as part of it. While the majority of Dominicans are of African descent, Balaguer argued that after the decimation of the island’s indigenous population the Dominican Republic was repopulated by white Spaniards. According to him, African characteristics in the Dominican population were a result of Haitian infiltration of the Dominican Republic. Because of his fear of racial “contamination”, Balaguer became increasingly concerned about Dominicans born to Haitian parents. In the 1970s he commissioned several investigations into the issue, and numerous government  officials informed him that the government could not deport Dominican-Haitians, because, having been born in the Dominican Republic, they were constitutionally Dominican citizens. However, born on plantations far away from medical care, many never received official birth certificates.

Once the sugar industry began to fail in the 1990s, and the Haitian population could not be quarantined as easily, the government sought legal basis to retroactively strip the citizenship rights of Dominican-Haitians. In 2013 the Dominican Constitutional Tribunal ruled that anyone with Haitian parents born after 1929 could potentially lose their citizenship, blatantly violating the principle of non-retroactivity established in the Dominican constitution. In a plan drawn up after the ruling, residents were given until June 17, 2015 to prove legal residency. In addition to the difficulties many Dominicans face producing documentation and traveling long distances to government offices, there have been widespread complaints of long delays and inconsistent requirements.

The actions of the Dominican government are not simply attempts to protect their sovereignty, as they argue. Instead, potential deportations are the result of decades of clandestine government policies that did not base legal residency on documentation, but instead on where migrants resided and the work they did. Claims that Dominicans and Haitians cannot coexist ignore how anti-Haitian ideology was imposed to serve the goals of a dictator. Then, as today, there are Dominicans who speak up against these injustices and communities where Haitian and Dominican identities coexist and commingle.

Amelia Hintzen is a doctoral candidate in history at the University of Miami. Her dissertation examines the history of Haitian migrant communities on Dominican sugar plantations and combines archival, ethnographic, and oral-historical research.