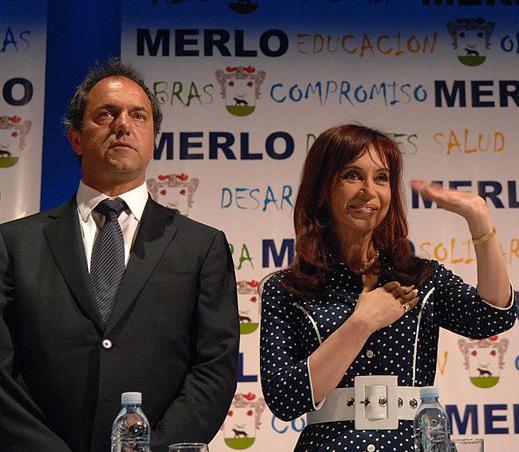 On October 25th Argentines go to the polls for general elections that will shape the future of Latin America’s third largest economy. In the wake of Hugo Chávez’s death and amid increasing turmoil in neighboring Brazil, developments in Argentina take on added significance in the region.

In addition to the country’s first non-Kirchner president in twelve years, voters will choose provincial governors, senators, and congressional representatives, as well as parliamentary representatives to the South American trade bloc MERCOSUR.

Recent provincial contests resulted in victories for candidates from outgoing President Cristina Fernández de Kirchner’s Front for Victory (Frente para la Victoria) in both Chaco and Tucumán. In Tucumán, the result was disputed by opposition supporters amid violence directed at opposition candidates and allegations of electoral fraud. Despite protests involving clashes with police the result was subsequently upheld by Tucumán’s Supreme Court.

August primaries established three main presidential candidates: successor to Kirchner in the Front for Victory coalition and outgoing governor of Buenos Aires province, Daniel Scioli; dissident Peronist Sergio Massa of the Renewal Front (Frente Renovador); and mayor of Buenos Aires Mauricio Macri of center-right Let’s Change (Cambiemos). Recent polls show Scioli on the cusp of the 40% of the vote plus a 10% edge over his nearest opponent necessary to avoid an unpredictable runoff on November 22nd. However it is far behind Kirchner’s 54% tally in 2011.

The not-quite-commanding margin for Scioli is partly due to electoral realignment since Argentina’s 2013 legislative elections. His emergence as the Front for Victory candidate can be directly traced to the success of Sergio Massa’s Renewal Front. Cristina Kirchner’s cabinet chief from 2008-09, Massa openly split in 2013 to form an alliance rooted in industrialists and mayors from the province of Buenos Aires.

Massa’s coalition won crucial mid-term victories that denied Kirchner the Congressional supermajority necessary to support a constitutional amendment which would have allowed her to run for a third consecutive presidential term. The elections also revealed a gap on Kirchner’s left, as the Trotskyist Workers’ Left Front (Frente de la Izquierda y de los Trabajadores) garnered three seats in the National Congress as well as provincial and municipal legislative representatives across the country, highlighting that the lessons of Argentina’s 2001-02 uprisings have not been forgotten.

Front-runner Scioli has therefore been wooing social movements and the left wing of his own party – channeling Pope Francis’ social agenda in declaring that if elected he will create a Ministry of Popular Economy – while also seeking to attract $30 billion a year in foreign investment to make Argentina a “productive paradise.”

Electoral realignment has not only paved the way for and conditioned Scioli’s candidacy, it has drawn the opposition candidates Massa and Macri closer to each other. However it has so far stopped short of producing an outright electoral alliance between the two.

Beneath changes in the electoral landscape are deeper structural challenges confronting Kirchnerism. Economic growth boomed from 2004-10 under Néstor Kirchner and during Cristina’s first term. While critics are quick to dismiss the impressive economic growth as rooted in the dumb luck of a commodities boom – especially in soy – Mark Weisbrot of the Center for Economic Policy Research points out that soy export indicators in GDP growth do not support such a narrative.

While claims of absolute reliance on soy may be overstated, its structural impacts cannot be denied. Because soy has virtually no domestic market, its emergence as a key export allowed Kirchner administrations to sidestep the conflicts of the past over the prices of beef and wheat, products crucial both for exports and domestic consumption by urban popular sectors. Yet, the growth of soy has generated other political tensions. Its critical role in financing extensive state spending on social programs led to a standoff with agro-export interests when an increase was proposed in export taxes in 2008.

The soy boom has also fueled rising land prices and concentrated ownership in the hands of transnational corporations. This has partially offset the fiscal benefits of soy, as revenues have paradoxically funded the social programs covering the basic needs of those displaced from the countryside by its expanding production.

The resulting “agriculture without farmers” recalls the “pampas without settlers” used by historian James Scobie to describe expanding wheat production in the 19th century. Such echoes of Argentina’s agro-export past underscore the shift – common in the region – from Washington consensus structural adjustment programs to what sociologist Maristella Svampa calls the “commodities consensus” of renewed reliance on mineral extraction and export-oriented agricultural production.

As Argentina’s main source of foreign currency, soy dovetails with the other major external constraint on Argentina’s economy, namely debt. Only after a bitter 2010 dispute with the head of Argentina’s Central Bank did Cristina Kirchner secure access to the reserves necessary to pay off the sovereign debt, renegotiated after the 2001 default.

The battle with vulture funds, in particular, has become a political rallying point for Kirchner in her final year in office. The UN General Assembly recently adopted nine principles on sovereign debt restructuring triggered by the June 2014 US Supreme court decision preventing Argentina from paying creditors who had agreed to previous restructurings. While the UN principles are non-binding, Kirchner and Kicillof have touted them as a major victory, and sent them to the Argentine Congress to be drafted into domestic law.

Discussion of these structural constraints has been largely muted in the presidential campaigns. Scioli, articulating his economic plan, focused mostly on bringing inflation down to single digits without austerity, but did not mention the debt dispute. These structural issues were also largely absent from the October 4th presidential debate – the first in Argentina’s history – in which Scioli did not even deign to participate.

But economic pressures have been mounting. In January 2014, the Central Bank announced the largest currency devaluation since 2002. Facing a return of high inflation, capital flight, falling foreign reserves, and a devaluing peso, Kirchner has variously turned to currency and price controls. Such measures have met with lukewarm success, as de facto inflation has continued to rise and the “blue” or unofficial dollar hit an all-time high of 16.08 pesos in late September.

Critics of Kirchnerism point to familiar economic problems, as well as growing corruption and insecurity. Nevertheless Peronism – the political legacy of President Juan Perón who governed between 1946-55 and 1973-74 – remains the dominant political force in Argentina. Even Macri, whose political career has been based on being a gorila (Argentines’ name for non-Peronists), recently embraced Perón. Flanked by erstwhile Kirchner ally and head of the General Confederation of Labor (Confederación General de Trabajo) Hugo Moyano, Macri inaugurated a statue to Juan Perón in downtown Buenos Aires in the hope that some of the populist magic would rub off on him.

Even as all three main candidates claim the legacy of Perón, voters will decide on visions for the role of the state that clearly diverge. The divide is most glaring between Scioli and Macri, who will almost certainly be the two candidates on November 22nd should the election go to a runoff. While the former promises basic continuity with the Kirchnerist model, Macri, drawing metaphors from his days as president of the soccer club Boca Juniors, argues that the state should act only as a “groundskeeper” for the field on which private enterprise are the true players. Macri’s plan means fiscal austerity and a general return to the 1990’s economic model that led Argentina into collapse in 2001. In a second round scenario between the two, Sergio Massa would be the king-maker, strengthening his position long-term.

A victory for Scioli on October 25th or after is not guaranteed. Should he prevail he will inherit a country that has substantially recovered from its debt default and crisis of political representation that peaked in 2001-02, even as structural challenges have become apparent. This stability has consolidated under Peronism during more than a decade of Kirchner administrations. The Radical party (the Unión Cívica Radical), Peronism’s historical counterweight, has become associated with overseeing hyperinflation in 1989 and economic and political crisis in 2001. The military is thoroughly discredited. Macri’s upstart Let’s Change coalition has little reach outside the Federal Capital of Buenos Aires.

In this political landscape, the Kirchnerist avatar of Peronism appears poised between continuity and schism. Prominent human rights activist Estella de Carlotto, much to the delight of Scioli’s media critics, recently referred to him as a potential “transition” president keeping the seat warm for Cristina Kirchner to run again in 2019. However, Massa’s emergence within Peronism points to a rightward drift among a significant sector of the movement. The dominance of Kirchnerism in Argentine politics and society might, paradoxically, also be its greatest source of instability.

Charles Dolph is a PhD candidate in anthropology at the CUNY Graduate Center in New York. He is currently in Argentina continuing his dissertation research on questions of debt, political violence, and globalization.