A pro-fracking report from the Euro-Latin American Parliamentary Assembly (EuroLat) is the latest step in the global push towards fracking, with the United States at the vanguard. 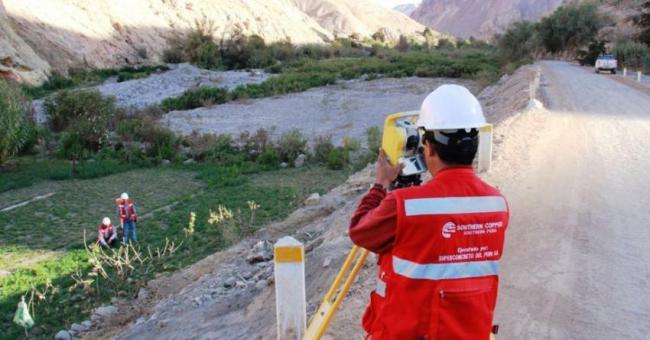 The global push for unconventional gas and shale petroleum extraction has been promoted from its beginning by the United States government. Under the concept of energy security, the Obama administration designed a strong foreign policy agenda linked to a diversification of energy sources – nuclear, biofuels, and other alternatives – with shale, or ‘fracked’ gas, having a central role. Documents filtered by Wikileaks and Mother Jones show how the authorities encouraged fracking around the world through the Department of State and its Unconventional Gas Technical Engagement Program. Secretary of State Hillary Clinton (2009-2013) traveled to Romania, Poland, and Bulgaria looking to promote the development of unconventional energy and to fight against prohibitions on hydraulic fracking. A similar situation occurred during the Latin American tour of then U.S. Deputy Secretary of Energy, Daniel Poneman, in May 2014. Traveling through Chile and Colombia, Poneman visited Argentina to sign an “agreement for energy cooperation.” The Frente para la Victoria legislative block made its objectives clear in the Energy Commission of the Chamber of Deputies: “The financing that the North American businesses offer is one of the principal interests behind the agreement, for encouraging investments (…) In this sense, the agreement will be used for the exchange of experiences and the transfer of technology.” U.S. intervention in favor of shale was even more explicit in Mexico, where a strong lobby was deployed to support unconventional energy sources in the context of Mexico’s energy reform.

In this way, in the last five years, various international initiatives – either bilateral or in multilateral free trade agreements like the Transatlantic Agreement between the European Union and the United States – have unfolded amidst a delicate geopolitical chess match in which the US aims to secure the control of as much oil and gas as possible with an eye toward the global exhaustion of these same resources. Nevertheless, the most significant effort at multilateral public promotion of fracking has been that of the Euro-Latin American Parliamentary Assembly. Created in 2006, this body, known as EuroLat, gathers legislators from both continents who seek to influence trade and social policies in the regions. Defined by its co-president, the Spanish socialist Ramón Jáuregui, as the “parliamentary arm” of a bi-regional relationship, EuroLat’s actual capacity for intervention has emerged from the documents it produced for policy recommendations that its own member nations could use as examples.

For one, Pilar Ayuso, a deputy of the right-wing Spanish Popular Party, promoted a report to the Commission on Sustainable Development called “On Opportunities and Challenges of Shale Gas.” Ayuso co-wrote the document alongside Colombian Liberal Party representative Mauricio Gómez. The document is based on the supposedly successful North American experience, released to promote shale gas development in both regions, with a focus on Latin America. The document not only seeks an impossible replication of the American experience with fracking – due to the various economic, geological, and environmental obstacles observed in the rest of the world – but also obfuscates the controversies and opposition that fracking has generated, including in the United States. In summary, the document echoes the corporate discourse to promote the development of shale deposits as a secure source of alternative energy without restrictions, calling for the creation of “adequate conditions to attract investments,” and referring to these as a “source of energy independence, [and] economic growth…the central component of EU energy policy for the diversification and security of supply.”

In March of this year, over 200 environmental, social, labor and political organizations from both continents rejected the report. In their “International Declaration Against European-Latin American Pro-Fracking Agreements,” they raised the alarm that approval of this initiative would constitute the first step toward the bi-regional public promotion of fracking and could also be used by national parliaments as an example for the development of unconventional energies. Among their numerous criticisms, these groups have asked for a revision of this report based on three major points: a denunciation of the double standard under which the oil companies in Latin America operate; the glaring absence of any requirement for prior consultation with local communities in the current report; and the necessity of a moratorium on fracking based on cautionary principle.

The strong opposition to the EuroLat report also mobilized the pro-fracking sectors of the continent. The Argentine senator, María de los Ángeles Higonet (Partido Justicialista, La Pampa), invited various members of EuroLat to visit the region of Loma Campana, in Neuquén, to “promote a working group on the draft report.” The tour included a dinner with the governor of Neuquén, Jorge Sapag. Judging by his declarations during the EuroLat assembly that later took place in Brussels, the tour strongly inspired the Colombian representative Mauricio Gómez. During the commission discussion, Gómez repeated various arguments promoted by Argentina’s national hydrocarbon company YPF: that the chemicals used in fracking can be found on any family dinner table; that fracking is safe; and that fracking would take place in a desert region. Gómez also added that after traveling to Argentina, he had spoken with his own government “because my president is interested in advancing fracking as we [also] have gas reserves.”

Nonetheless, massive opposition stalled the development of the report, which its authors sought to pass during 2015. This was due to the presentation of 177 amendments that forced the postponement of the vote until next year. For the most part, these amendments point in the same direction as the criticisms made by organizations from both continents, calling for a moratorium on fracking – in effect, a 180 degree turn in the debate. “The report is [simply] promoting fracking, and because of this it has received more than 170 amendments – because it should be changed from top to bottom,” notes the member of the European Parliament Ernest Urtasún, of the Catalan eco-socialist party ICV, in a conversation with OPSUR. Urtasún, who is the co-vice-president of EuroLat, outlined the importance that such multilateral spaces have played for parliamentarians because civil society is “capable of placing questions on the agenda that elected officials would not.” Meanwhile, his colleague Florent Marcellesi, of the Spanish eco-socialist party EQUO, argued that this debate is unfolding within a broader geopolitical debate about fracking.

"More than a local thing, this is a desperate search to find an energy form that allows us to continue [our current] energy model. And behind this you have a double impetus: one private, by the multinationals, and at the same time another very strong one from the public sector. The state does not always provide a sustainable model, which we can see in Latin America, where there is a very important debate around extractivism.”

State promotion of fracking is reverberating internationally through speculative activities seeking to develop this form of extreme energy in the region. As the case of EuroLat reveals, these activities go beyond the United States alone; fracking and unconventional energy have European allies and local support as well. However, at the same time, EuroLat is opening a space for resistance to fracking, as it gives Latin America the opportunity to be more than simply a pawn on an international energy chess board.

Translated by Hannah Sugarman and Bret Gustafson. We thank OPSUR for their collaboration.