Justice for the Women of Sepur Zarco 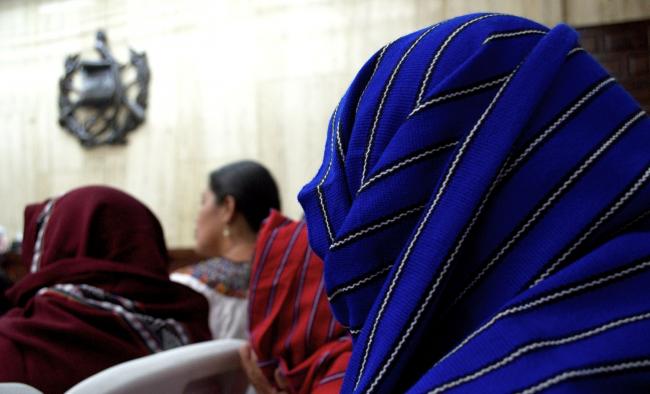 Nearly 20 years since the signing of Guatemala's 1996 Peace Accords, justice has finally been served for 15 Indigenous Q'eqchi' Mayan women of Sepur Zarco, who were forced to become sex slaves for members of Guatemala’s military during the country’s long civil war.

On February 26, Guatemala's Supreme Court sentenced two former military members, former Lieutenant Coronel Esteelmer Reyes and former Military Commissioner Heriberto Valdez Asij, to prison terms of 120 and 240 years, respectively, for crimes against humanity. Reyes was also found guilty of three assassinations, while Asij was deemed guilty for the forced disappearances of seven men. (Despite the significance of the guilty verdict, prosecutors from the Guatemalan Public Ministry had initially requested that Reyes and Asij be sentenced with 1290 years in prison for war crimes, plus 50 years in prison for each assassination charge.)

Judge Yassmín Barrios of the Guatemalan Supreme court made the historic decision following a short, emotional trial, which began February 1 in the Guatemalan Supreme Court in Guatemala City.  The case, the first time in the world where a case of wartime sexual violence was tried in the national courts of the country where the violence occurred, represents a landmark legal decision in Guatemala and a major victory against the impunity for war crimes in the country.

The charges against Reyes and Asij relate to crimes committed in the year 1982, a time when both men were stationed at the Sepur Zarco military base in Alta Verapaz. During this period, the soldiers murdered men in the community, and forced women in the area to work as domestic servants and sexual slaves, subjecting them to degradation, abuse, and rape. In 2010, 12 of those women, all of Mayan Q’eqchi’ descent, brought the case before a mock tribunal meant to address sexual violence during Guatemala's 36-year-long war. In 2011, the case was brought before a criminal court. Grassroots organizations and international NGOs alike fought to bring the case to the Guatemalan Supreme Court, amidst repeated attempts to derail their efforts.

Lily Muñoz, a sociologist who worked as an independent consultant assisting the legal organization, Mujeres Transformando el Mundo (MTM) on the case, explained the significance of the historic ruling. “It represents justice for war crimes that were committed against women,” she said.

Though the case represents a landmark legal decision for Guatemala, Sepur Zarco is not an exceptional case of sexual violence perpetrated by the military during the war. "This case serves as a precedent not only here in Guatemala, but also on the global scale,” said Lily Muñoz, a sociologist who worked as an independent consultant assisting the legal organization, Mujeres Transformando el Mundo (MTM) on the case.

The case’s success has led to more than 30 Achi' women from the community of Rabinal, Baja Verapaz, who also suffered from sexual violence at the hands of the military, to begin mobilizing for legal justice for crimes of sexual violence as a tactic of war. 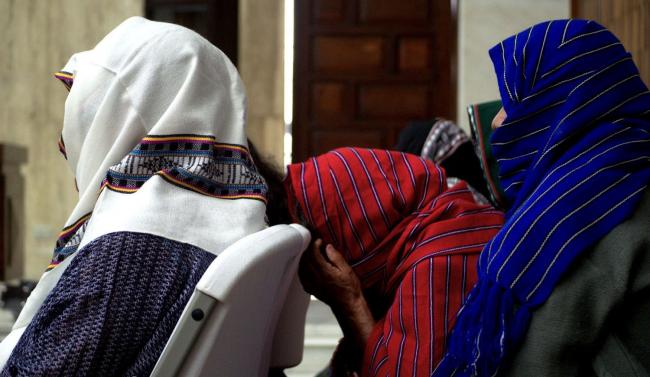 This case also illustrates the gendered dimensions of such brutality – a brutality that preyed upon the vulnerability of indigenous women in rural Guatemala at the height of the internal armed conflict. “It is particularly interesting that sexual violence against women was a part of the sentence, and in the context of an armed conflict. This marks such violence as a war crime, as a crime against humanity. It’s a war crime, but it is a specifically gendered crime, that was tried in the national court of the country where the crimes were committed,” Muñoz said.

She continued: “The military men created conditions of extreme vulnerability for the women of Sepur Zarco. They took their husbands away from them, and they robbed them of their lands and livelihoods – in short, everything they required for social reproduction – and then later, of their sexuality and their ownership over their own bodies.”

As Muñoz explained, Judge Barrios drew on the testimony of a Brazilian anthropologist, Dr. Rita Laura Segato in coming to a decision in the case. Dr. Segato had argued in her testimony that “In the context of the Guatemalan internal armed conflict, women’s bodies were converted into military objects.” The anthropologist argued that, in this way, that women’s bodies came to represent the “social body,” and for that reason, “the soldiers violated and 'profaned' women’s bodies."

Following Dr. Segato, Muñoz explained that the military sought to “break the community, physically and morally” and did so through sexual violence against women. In this sense, the violence perpetrated against women carried lasting physical, emotional and psychological aspects, and also symbolic meaning for the victim-survivors and other community members. In reading the sentence, Judge Barrios recognized these long-term, destructive impacts the violence of the Sepur Zarco base had on the women who brought the case forward.

The case itself represents a historic shift for the Guatemalan courts, whereby claims of violence brought forth by indigenous women have been recognized by the mainstream justice system, a system that has consistently silenced their voices.  "This case has shown that we can trust the testimonies of the (indigenous) women," said Ada Valenzuela, the director of the Union Nacional de Mujeres Guatemaltecas (UNAMG). "Even 30 years later, the testimonies of the women were supported through other testimonies, and evidence."

Despite the fact that the women's faces were covered during the trial for the purposes of anonymity, it was the women themselves who pushed for the case to move forward, despite being told that it would likely not win. "The women from Sepur Zarco said that if this case were to go to court, then they wanted to go,'" Valnezuela said.  "And we decided that we were going to accompany these women in this process. This was a very valiant decision."

The women were also accompanied by a coalition of Guatemalan feminist organizations in Guatemala, known as the Alliance to End Silence and Impunity, which includes UNAMG, MTM and the Equipo de Estudios Comunitarios y Acción Psicosocial (ECAP). UNAMG and ECAP have worked to provide psychological support for the victims of the internal armed conflict and the women of Sepur Zarco since 2004.

The case also complicates the characterization of the simplified but still all too common narrative of Guatemala’s civil war in which Marxist guerrillas are presented as fighting against state. In fact, in many cases, it was poor rural campesinos, organizing to gain ownership of their own land who suffered the most intense brutality of the conflict.

According to Muñoz, all of the women’s husbands were involved in negotiations with the National Institute for Agrarian Transformation (INTA) to gain legal ownership over land they had lived on for centuries. Many of these lands have since been transformed into fincas for the production of sugar cane and oil palm.

"The conditions that began the war have been maintained today," said Valenzuela. "The inequality, the question of land, the question of opportunity, (among others), are continuing today. According to Valenzuela, Sepur Zarco “has woken up the women of Guatemala. [It] represents hope for justice for other women who suffered violence during the war."

Jeff Abbott is an independent journalist currently based out of Guatemala. He has covered human rights and social moments in Central America and Mexico. His work has appeared at VICE News, Truthout, and the Upside Down World. Follow him on twitter @palabrasdeabajo.

Julia Hartviksen is a PhD Candidate at the Gender Institute, at the London School of Economics and Political Science. Her research focuses on the materiality of violences against women, and the gendered impacts of oil palm in Guatemala's Northern Transversal Strip. Follow her on twitter @_yulinka_.