In Venezuela, Dismantling a Weapon of Mass Destruction 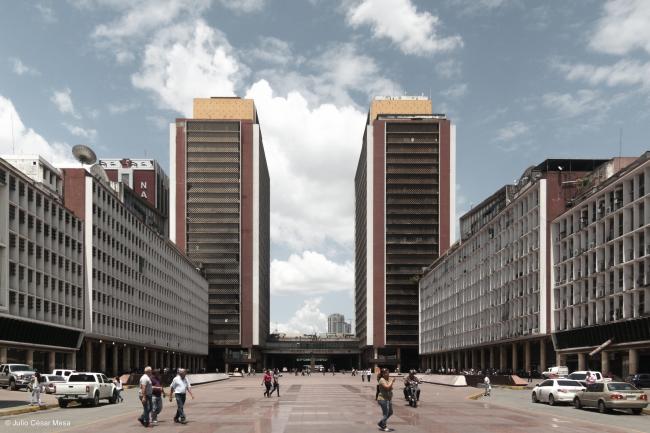 The government of Venezuela has often denounced an “economic war” against it, and of course this is part of the current situation. The primary weapon of mass destruction in this war is the black market for the dollar. It is no coincidence that the main source of information for this market — the extreme right-wing “DolarToday” — is run by someone who played an important role in the U.S.-backed military coup in 2002. He was then an army officer — Colonel Gustavo Díaz Vivas — and he now resides in Alabama, with DolarToday operating out of the U.S.

This is also no coincidence. Washington has been trying to topple the Venezuelan government for at least 15 years, and almost every journalist I have talked to during this time — including from every major international media outlet — has been well aware of this effort; although they almost never write about it.

The government must therefore incapacitate this weapon of mass destruction. The only way to do that is to unify the exchange rate.

Many people are afraid of this vital change. Some think that everyone’s savings would suddenly rush into dollars, and the equilibrium rate would be even worse than today’s black market. It is true that many Venezuelans prefer to save in dollars (this is also true in Peru, Uruguay, and other Latin American countries). But they do not want dollars at any price; that is why the black market rate settles at an equilibrium price, e.g., at the current rate of about 1,000. If the government let the currency float — which is what it would have to do in order to terminate the black market — it would also settle at some equilibrium price, and it would be far less than the current black market price.

Others say that the government has no dollars to sell on a floating exchange rate market. But that is not true. Although its current oil revenues are not enough to pay for all of the country’s imports, it has tens of billions of dollars in international assets (and even more internally) that it could sell for cash. It would need to auction off about 9 to 10 billion dollars a year (about $36 million per day) in order to adequately supply the foreign exchange market. Last year it sold about $12 billion, but about 95 percent of that was sold at extremely low prices of 6.3 and 10. Much of this money was never used for imports, since it could be sold for superprofits on the black market. The whole system creates enormous incentives for corruption.

Interestingly, President Chávez allowed the currency to float on February 12, 2002. In the year prior to this move, there had been a lot of capital flight, and therefore falling Central Bank international reserves. But despite the political instability — this was just two months before the military coup —reserves actually grew after the float, until the oil strike near the end of the year.

It is the black market that is “savage capitalism” — uncontrolled and unregulated. And it is a way of subsidizing capital flight, and feeding the government’s enemies. You give them cheap dollars and they take them out of the country, worsening the balance of payments problem. By contrast, letting the currency float is a way of taxing capital flight: Whoever wants dollars must pay more for them.

And Venezuela is very lucky compared to other countries that have faced this problem: the vast majority of the country’s dollars come to the government through oil revenue. This means that the government will have much more revenue to spend, in domestic currency, when the currency has been floated. It can use this revenue, as well as other funds in domestic currency, to finance subsidies for food and medicine.

This makes much more sense than trying to subsidize food or other essentials through the exchange rate. And the price controls on food are not working very well: Food inflation for 2015 was 300 percent, nearly twice the (181 percent) rate of overall inflation.

Unifying the exchange rate is thus the first and most important step toward economic recovery. Once that is done, it will become possible to address other imbalances and problems — including shortages, price controls, inflation, and economic growth. But first things have to come first.

This piece was first published in Spanish at Últimas Noticias, and reprinted with permission from the Center for Economic and Policy Research blog.

Mark Weisbrot is co-director of the Center for Economic and Policy Research in Washington, D.C., and the president of Just Foreign Policy. He is also the author of the new book “Failed: What the ‘Experts’ Got Wrong About the Global Economy” (2015, Oxford University Press).