From One Disaster to Another? Mexico’s Cold War and the War on Drugs 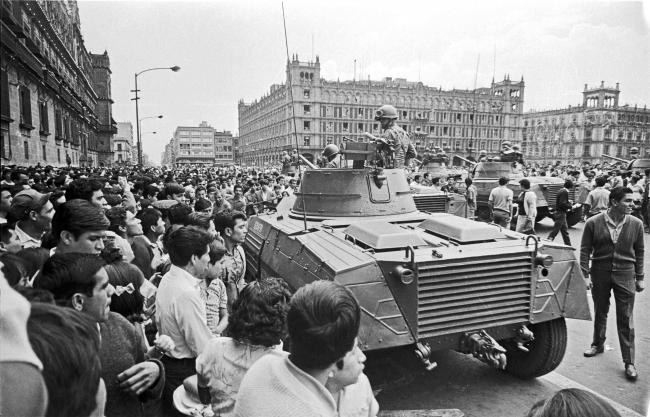 Last week, former Mexican president Ernesto Zedillo, former Brazilian president Fernando Henrique Cardoso and former Colombian president Cesar Gavira, co-published an op-ed in the Los Angeles Times declaring the War on Drugs an “unmitigated disaster.” Zedillo and his co-authors, who are themselves hardly progressives, pointed to the spiraling violence and corruption in the region and the weakening of judicial systems and democratic institutions as evidence that prohibitionist, militarized approaches to drug control have failed. They make a compelling argument, one that could be even stronger given a little more historical context. In Mexico, as in much of the rest of Latin America, the disastrous War on Drugs both resembles and grew out of an earlier conflict: the Cold War.

Mexico’s War on Drugs shares a number of characteristics with the Cold War. Both are “intermestic” conflicts, or, to quote Campbell Craig and Fredrik Logevall, conflicts in which the international and domestic aspects are “dynamically intertwined.” During the Cold War in Mexico, as in the rest of the world, it was frequently impossible to untangle the links between international and domestic politics. Foreign events like the Cuban Revolution had local repercussions, while Mexican citizens interpreted their own historical and current conditions through the lens of international affairs. Events within Mexico, like the famous 1968 student movement, drew inspiration from both domestic and international sources. Mexico’s Drug War presents similar intermestic characteristics. The drug trade itself is an extremely international (and transnational) affair with local repercussions. The current situation grew out of both Mexico’s own long tradition of illicit production and smuggling, as well as changes in the international narcotics system that made Mexico an ideal bridge and producer country.

Yet despite the intertwined international/domestic nature of both Mexico’s Cold War and its Drug War, Mexican authorities fought and continue to fight by focusing internally. Though this is partially an issue of capacity—the Mexican government simply does not have the means to undertake significant efforts abroad—it is also an issue of strategy. During the Cold War, a combination of outside pressure from the United States and home-grown anti-communist sentiment drove Mexican leaders to counter the danger of revolution by targeting their own citizens. Even the armed forces, ostensibly tasked with guarding the nation from external threats, spent most of their time seeking out and eliminating local guerrilla groups like those that sprang up in the state of Guerrero in the 1960s and 1970s.

Mexico’s Drug War has been a similarly internal struggle, with government forces targeting the major cartels and drug trafficking organizations within their own territory.  Even the 2008 Mérida Initiative, designed as a cooperative security program between the U.S. and Mexican governments, takes a militarized approach that focuses on Mexico and ignores issues like demand for narcotics in the United States. While this internal approach may be the only unilateral option available to Mexican leaders, it fails to address many of the most important international causes of the problems.

Decades after the end of the Cold War, impunity is a fundamental problem that continues to be overlooked. During the Cold War, state security forces, ranging from local police units to the army to the elite Department of Federal Security, were allowed nearly complete latitude to eliminate communists and other subversive groups using whatever means they saw fit, including torture and disappearance. Protected by their badges and uniforms, these men engaged in acts of atrocity and common criminality, frequently using their positions of authority for personal gain. Government officials continue to take advantage of Mexico’s weak judicial system and climate of impunity today, and just as before, the corruption eats away at all levels of the system, from the local police to the nation’s highest authorities. The Mexican military’s summary executions of 22 civilians in Tlatlaya in the summer of 2014, the disappearance of 43 students in Ayotzinapa later that year, and the murder of photojournalist Rubén Espinosa in 2015 are only the most prominent examples of the climate of violence and impunity that is eroding Mexican society. Understanding the longer history of Mexico’s intermestic politics, its incomplete internal approach to security problems, and its pervasive impunity could help Mexican leaders avoid some of the mistakes they made during the Cold War.

There are some important differences, however, between Mexico’s Cold War and its Drug War. Ideological struggles played a much greater role in Mexico’s Cold War than they do in today’s Drug War. Questions of capitalism versus communism and revolution versus retrenchment defined the stakes of combat and divided the participants in ways that appear relatively clear in hindsight. The Drug War lacks this ideological dimension, instead revolving more around issues of money, personal power, and security. While it was possible for many, if not most, of Mexico’s citizens to ignore the ideological struggles of the Cold War, the more fundamental issues of livelihood and safety have forced a much wider span of Mexican society to confront and engage in Mexico’s Drug War.

While during the Cold War, the government was exponentially more powerful than its opponents, today the drug trafficking organizations easily rival—and in some cases overshadow—the Mexican state in terms of finances, weaponry, and personal and political influence. Though the Cuban-inspired myth of the guerrilla foco led both Mexican officials and would-be revolutionaries to believe that a small core of dedicated fighters could overthrow the government, this was not the case. Drug trafficking organizations, on the other hand, have posed a much greater actual threat to Mexico’s governing institutions both through direct confrontation and through infiltration and corruption from within.

In Mexico, the impacts of the Drug War have been far more debilitating than the Cold War. Even though Mexico’s Cold War was a significant conflict with lasting political consequences that cost more than three thousand people their lives, its tragedies have paled in comparison to the recent human costs of the Drug War. Estimates vary widely, but it is safe to say that more than 100,000 people have been killed or gone missing since former-president Felipe Calderón launched Mexico’s Drug War in 2006. 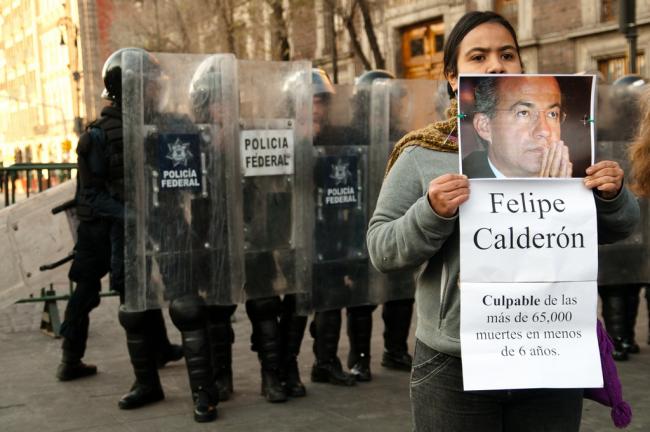 In light of the continuities and contrasts described above, what lessons can be drawn about Mexico’s Drug War based on the earlier example of the Cold War? Both conflicts consist of complex struggles in which trying to separate international and domestic aspects can lead to incomplete analyses, ineffective strategies, and, to borrow Zedillo’s term, disasters. Both conflicts also display egregious examples of impunity on the part of government officials, blurring the line between authorities and criminals and making it extremely difficult to root out the sources of Mexico’s myriad problems. But Mexico’s Drug War has proven infinitely more deadly and complicated than the country’s earlier struggle. The government’s pursuit of the same strategy that ultimately brought its Cold War to an end—internal targeting and militarization—has only made matters worse and escalated the level of violence. Zedillo and his fellow former presidents have finally recognized what NGOs and human rights organizations have been arguing for years: it is time for a new approach for Mexico and its neighbors, one that focuses more on international cooperation, judicial and political reform, and economic development.

Renata Keller is Assistant Professor of International Relations and Latin American Studies at Boston University’s Pardee School of Global Studies. Be sure to check out her recent interview on her recently published book, Mexico’s Cold War: Cuba, the United States and the Legacy of the Mexican Revolution (Cambridge University Press, 2015) on New Books Network.