Around the Region: Chavismo in Crisis

To stay in office, the Venezuelan government must address its major weaknesses.

This is an excerpt of an article from the new issue of the NACLA Report on the Americas "Solidarity pa' Siempre!"  - subscribe for more. 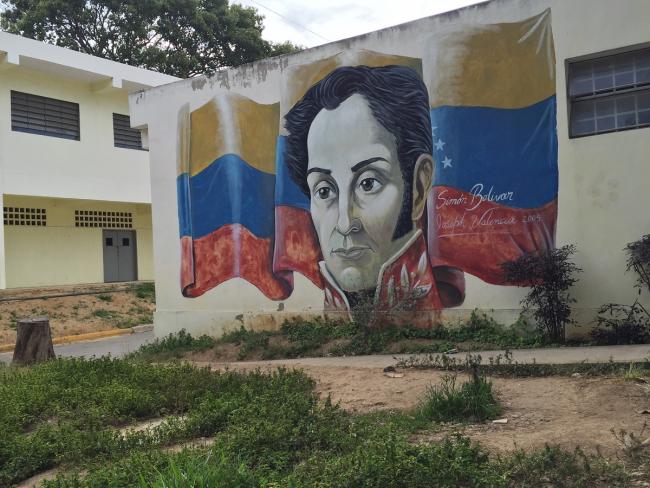 Seventeen years have passed since Hugo Chávez took office in February 1999. During Chávez’s fourteen years as president, Venezuela rejected free-market orthodoxy and embraced a model of stateled redistributive development. This model was successful on a number of fronts. Under Chávez, Venezuela more than doubled state spending on healthcare and education, cut poverty and unemployment in half (with extreme poverty reduced by almost two-thirds), and became the most equitable country in Latin America. Robust oil-driven economic growth fueled these social gains, with countercyclical spending offsetting periods of economic decline.

Critics continue to label Chávez a dictator, but his democratic credentials were considerable. Chávez’s party won sixteen of seventeen elections held between 1998 and 2012, in many cases by large margins, with Jimmy Carter labeling Venezuela’s electoral system “the best in the world.” Electoral participation increased substantially during this time. And Venezuela made progress towards becoming a “protagonistic and participatory democracy.” Chávez also helped usher in an era of greater Latin American independence vis-à-vis the U.S. and did more than any other leader in recent decades to popularize socialism.

Since Chávez’s death in March 2013, however, the government has faced several serious challenges. Nicolás Maduro, Chávez’s handpicked successor, narrowly won the April 2013 election to succeed Chávez. This led to violent protests from the opposition, which along with the U.S. government, initially refused to accept the result. Following the ruling party’s convincing victory in the December 2013 municipal elections, a new round of violent protests consumed Venezuela, beginning in early 2014. Protestors succeeded in disrupting the country for months but failed in their goal of removing Maduro from office.

In the wake of the crushing defeat of the ruling United Socialist Party of Venezuela (PSUV) in the December 2015 parliamentary elections, Chavismo faces what is arguably its most severe crisis yet. The election has empowered the opposition, which has a two-thirds supermajority in the National Assembly and enjoys full support from the U.S. government and regional right-wing forces. The most serious threat to Chavismo is from the radical-right opposition, which has already indicated plans to roll back the social gains achieved by the Bolivarian Revolution and remove Maduro from office through a recall referendum.

To avoid this scenario, the government must begin to rapidly and effectively confront the economic and political challenges it faces. In particular, the Maduro government, and the popular movements that constitute Chavismo, must address three critical weaknesses that have plagued Chavismo for years: Venezuela’s extreme dependence on oil; the contradictions generated by a political-economic model that combines aspects of capitalism, socialism, and statism in an ad hoc rather than planned manner; and the PSUV’s highly centralized leadership structure.

Venezuela’s dependence on oil is a perennial problem that, while not beginning with Chávez, did become more acute during Chávez’s presidency. Between 1998 and the present, the percentage of Venezuela’s export earnings derived from oil increased from 68.7% to 96%. Oil revenues continue to account for nearly half (40-45%) of the government’s budget. The high price of oil from 2003 to 2008 and 2010 through mid-2014 made the social gains achieved by Chavismo possible. It is important, however, to point out that these gains would not have been possible had Chávez not wrested control of the state oil company, PDVSA, away from managers who ran it in a quasiprivate manner through early 2003. Chávez’s efforts to assert state control over PDVSA were a leading factor in the 2002 coup against him and the 2002-2003 management lockout.

The coexistence of capitalist, socialist, and statist features—and the lack of a clear plan for moving away from capitalism and statism and towards socialism—has generated a number of perverse consequences. Between June 2014 and December 2015 the price of oil fell by two-thirds, from over $100/barrel to less than $37/barrel. This is one of the key factors behind the severe economic crisis that currently engulfs Venezuela. Official data is not available—the government stopped releasing it in early 2014—but, at the time of this article’s writing, it is estimated that Venezuela’s economy contracted by four percent in 2014 and by ten percent, or more, in 2015. Inflation was estimated at 62.2% in 2014 and may have topped 200% in 2015. Poverty and unemployment have been rising—though it is unclear by how much. There have also been widespread, persistent shortages of innumerable goods, from coffee, eggs, and toilet paper to auto parts, cement, and industrial inputs. One of the reasons the opposition won the December 2015 elections so handily was widespread popular frustration with shortages and long lines found throughout the country to purchase regulated goods, withdraw money from banks, or even take a bus home. While talking with voters on the day of December parliamentary elections, I was repeatedly told that Venezuelans wanted “change” and “an end to the lines.”

The government blames the shortages and long lines on an “economic war” waged by the opposition and big business. The argument is that businesses have been hoarding goods in an effort to generate opposition to the government. For their part, business owners say they have cut back on production because they lack the dollars needed to obtain imported inputs necessary for production. Polls suggest that a majority of Venezuelans do not see the economic war as the primary factor leading to the economic crisis, and that even those Chavistas blaming the economic war feel that the government is losing the battle.

To a significant extent Venezuela’s economic crisis— and the economic war itself— should be seen as a result of the contradictions of the country’s highly uneven “transition to socialism.” Under Chávez (and continuing under Maduro) important sectors of the economy have been partially decommodified, in particular the areas of healthcare, education, social service provisioning, and the sale of food staples and basic goods. Chávez re-nationalized oil production in 2001 and nationalized the country’s steel, telecommunications, and electric industries in 2007 and 2008. These actions have been framed as furthering the construction of “twenty-first century socialism.” In practice, however, the government has done relatively little to advance the socialist goal of establishing genuine worker and community control over economic decision making. Most state-owned enterprises in Venezuela approximate statism, with state actors, rather than private property owners or workers and communities, controlling economic decisions. Additionally, capitalism has certainly not disappeared in Venezuela: between 1998 and 2008 the private sector actually increased its share of economic activity, from 65.2% to 70.9%. Finally, the growth of a black market for goods means that the government’s efforts to decommodify areas of social and economic life have been considerably hampered.

Atenea Jiménez, a founder of the Red Nacional de Comuneros (National Communards Network), which brings together 500 of Venezuela’s 1,000 communes, commented on the challenges of guaranteeing the population access to cheap food when private businesses play an integral role. “It’s amazing that right now the private sector controls all of this [food],” Jiménez said. “Even for Mercal and Bicentenario [state-run stores that sell food and basic goods at highly subsidized prices], the trucks that bring the goods are privately owned. So we’re just handing everything right to the bourgeoisie!”...