Looking for the Left in Argentina 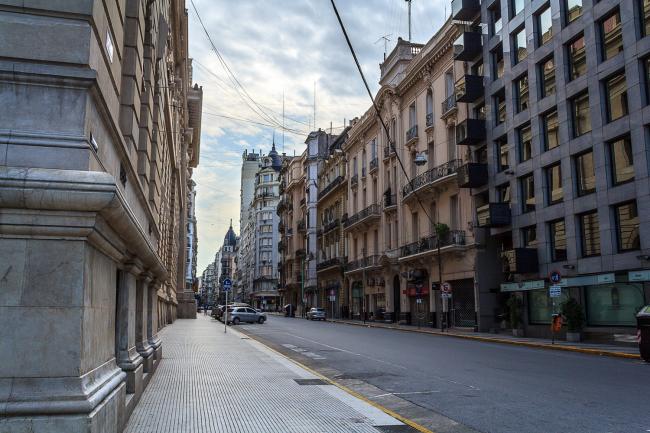 “Macri’s first 100 days were a hit on people’s pocket.” So said Argentina’s former president and current senator Carlos Menem in mid-April of this year. It was a particularly striking comment coming from someone who, during his own presidency in the 1990s, implemented such a severe austerity program that he quickly became a poster-child for the International Monetary Fund (IMF).  But in many ways Menem’s words underscore just how far-reaching the economic reforms have been in Argentina since Mauricio Macri came to power.

In his first months as president, the Macri administration has dismissed well over a thousand state employees and implemented massive hikes in the cost of public transportation, electricity, natural gas, and gasoline. The new president also paid back the fraudulent debt held by “vulture funds,” contracted a massive amount of new debt with global financial institutions, and by removing exchange controls and “liberating” the dollar, facilitated a spike in the price of food and other basic goods.

At the same time, Macri’s Cambiemos (Let’s Change) government has already eliminated or greatly reduced taxes on soy and other commodities (including those on transnational corporations engaged in the highly polluting open-air mining industry) and decreased funding for education at all levels, particularly universities. On top of this all, Macri’s name has appeared in the now infamous Panama Papers, the massive leak of documents linking powerful global figures to offshore tax shelters and financial havens. So drastic has this Macri’s hardline neoliberal agenda been that even the president the IMF’s Committee on Finances, Mexican economist Agustín Cartens, recently characterized Macri’s pro-business, pro-global capital agenda as “difficult to digest.”

And yet, Macri still largely floats on the yellow balloons he used in his campaign. His ability to implement unpopular measures without encountering massive street protest has been explained by some as a sign that the Argentine electorate, in general, has “turned right.” In fact, the reality is more complicated. The relatively quiet streets of today are the result of the Kirchners’ economic, social, and political policies, which were meant to disarticulate and bring under control autonomous organizations in favor of state-based politics.

Macri’s government embodies what I call third-wave of neoliberalism in Argentina. The first wave included the privatizations and liberalization carried out by the 1976-1983 military dictatorship—a period when over 30,000 activists, organizers, and political opponents who attempted to interfere with Argentina’s new authoritarian neoliberal order were massacred.  The second-wave of neoliberalism was led by Presidents Carlos Menem (1989-1999) and Fernando De la Rúa (1999-2001). Together the two deepened the liberalization of the Argentine economy and promoted de-industrialization. As a result, inequality, poverty, and unemployment soared. So too did Argentina’s external debt, which allowed the IMF to gain significant control over the country’s economy.

But in December 2001, a massive popular resistance movement forced then President De la Rúa, to flee Argentina’s Casa Rosada in a helicopter after failing to reverse Menem’s IMF-friendly policies. A wave of mobilized opposition to the IMF ensued, taking over the streets of downtown Buenos Aires and other major cities and replicating protest strategies utilized in the interior of the country since the mid-1990s by Argentina’s unemployed workers’ movement, the piqueteros. Roadblocks that sometimes lasted for weeks were just the crest of a mass protest movement, which reached deep into Argentina’s middle classes. Inspired by their success in outing De La Rúa, hundreds of popular assemblies sprung up throughout major Argentine cities. And once De La Rúa left, three congressionally elected presidents failed to sustain themselves in power, as policies proposed by Argentina’s executive branch and national congress were rejected on the streets by organized citizens involved in popular assemblies and the piquetero movement.

To quell that crisis, interim President Eduardo Duhalde distributed food and monetary support to those social movements that agreed to free the highways they were blockading. For a time Argentina’s middle class continued to mobilize with direct actions against the banks that had confiscated their savings. But the popular assemblies that could have guided the country during that time fell under the organized attack of sectarianism, as some on the Left feared that the assemblies were not openly anti-capitalist, or were too vague in their demands.

To top it all off, in 2002, police forces in the Province of Buenos Aires attacked the Anibal Verón piquetero organization, breaking the alliance that had formed between middle-class sectors and unemployed workers with repression. Support for the piqueteros by less radicalized sectors of the middle class waned after these social movements accepted the welfare plans offered by Duhalde—and as the repertoire of tactics used by the piqueteros, namely street blockades, increasingly irritated rising numbers of employed, middle-class Argentines. As a result, many piquetero organizations began to splinter.

But the autonomy of social movements faced a challenge from the state as well. In 2003, two years after the crisis had begun, Carlos Menem ran again against Néstor Kirchner, a virtually unknown governor, but dropped out just before the election when his loss seemed certain. Upon being elected, the late Kirchner began a process of incorporating the multitude that emerged after the crisis back under the tutelage of the state. To that end, Kirchner invited several prominent piquetero organizers to join the government, offering a degree of state power to organizations that had previously been independent.

Kirchner also initiated a profound transformation of the Duhalde welfare plans that had provided oxygen to unemployed worker organizations. Many of Kirchner’s welfare plans responded directly to the concerns of the piqueteros. Exchange rates and imports from abroad were kept in check, allowing for a partial rebirth of local industry. The Kirchners also increased access to public education by increasing the education budget, strengthening research capacities at universities in the provinces, and subsidizing low-income students. The administration of both Nestor Kirchner and Cristina Fernández de Kirchner also made progress on human rights issues by bringing to trial the military officers that committed genocide during the 1970s and 1980s, legalizing gay marriage, and passing a law that allowed transgender people to check the box of the gender they identify with in official documents.

The Kirchners’ effort to funnel social movements’ anti-neoliberal efforts through the state corresponded with similar efforts carried out by the so-called Pink Tide governments of Latin America in the early 2000s. These governments reverted, and in some cases overturned, the neoliberal privatization of formerly state-held resources and enterprises, contested the subaltern role of Latin American countries in the globalized economy, and created discourses and practices of inclusion to combat the social destruction brought on by neoliberalism. While the Pink Tide is fading across Latin America, its decline is especially notable in Argentina where the Frente Para la Victoria (FPV), the party of former presidents Cristina and Néstor Kirchner, held power since 2003. In fact, the relatively quiet streets of today are largely the result of Kirchners’ economic, social, and political policies, which disarticulated autonomous social organizations in favor of state-based politics.

Argentina’s highly organized, decentralized, and combative rejection of IMF policies toward the end of the De La Rúa government has created expectations of a similar resistance to Macri’s first days in power. But where does this all leave the opposition to neoliberalism in Argentina today?

So far there have been rallies and marches against massive state employee layoffs, against cuts to the national universities, and an FPV mobilization to celebrate the public reappearance of former president Cristina Fernández de Kirchner (CFK), who briefly returned to Buenos Aires in March to respond to judicial accusations of corruption. These public mobilizations have brought out significant numbers, but yet we still have not seen any of the spectacular, massive direct actions that characterized the uprisings of the pre-Kirchner era. Having overseen the demobilization of the social movements that emerged after 2001, Cristina Fernandez de Kirchner’s recent call for an inclusive Frente Ciudadano (Citizens’ Front) to unite against Macri and vote him out of power is the only card the Frente para la Victoria seems to have left to play.

To the left of the Kirchners, many anti-capitalist and leftist parties have gained ground lately and could pose some trouble for Macri in the coming months. Indeed, while the electoral performance of the Frente de Izquierda de los Trabajadores (Leftist Workers’ Party) is still marginal, this movement has gained important traction within some unions. The organization is also powerful in the mainstream mass movement to stop violence against women and femicides.

So far, the strongest challenge to Macri has come from Argentina’s trade unions. Four of the five major labor unions mobilized together against the layoffs in April, and there is now talk of a possible general strike after Macri’s recent veto of an anti-layoff law. The bill, which had been approved by Congress, called for six months with no layoffs in the private and public sectors, and promised special compensation for any worker fired during that time period.

Currently Macri is banking on the fact that he was able to drive the most militant Kirchnerista activists out of power, while at the same time keeping in place many of the safety nets created by the Kirchner administration, such as support for poor children and families. He’s also sought to cultivate strong relations with more conservative elements of the union movement, who had become disaffected with the Kirchner governments. And while he vetoed the anti-layoff law, for example, Macri did allow for selective salary increases for key unionized groups like bank employees, teachers, and professors. Several former FPV governors have joined him in backing these efforts, including some former FPV legislators. Groups with long-standing FPV ties, like Movimiento Evita and Patria Grande, have also received important subsidies from the administration, making their mobilization against the government unlikely at this point. Taken together, these measures and negotiations have helped keep criticism of the Macri administration within the limits of “traditional” protest politics.

There is no single answer to the question of why the Macri’s unpopular measures have not provoked more active and public resistance. An enhanced welfare system that keeps the most vulnerable barely afloat, the shifting alliances of governors and legislators, and Macri’s ability to negotiate with at least some unions and community leaders are certainly part of the answer. But the disarticulation of social movements that occurred under the Kirchners’ watch is also key. Because of this, it seems unlikely, at least in the near future, that we will see Macri ejected from the Casa Rosada, a la De La Rúa.

Graciela Monteagudo is an Argentine artist, organizer, and scholar. She is currently researching the Ni Una Menos social movements against femicides and is the associate director of the Social Thought and Political Economy program at the University of Massachusetts, Amherst.