The oil curse and socialism are two frequently touted reasons for Venezuela's current crisis. Each is elegant, convincing, and wrong--dangerously so.

This article was originally published by TRT World on October 25, 2016. 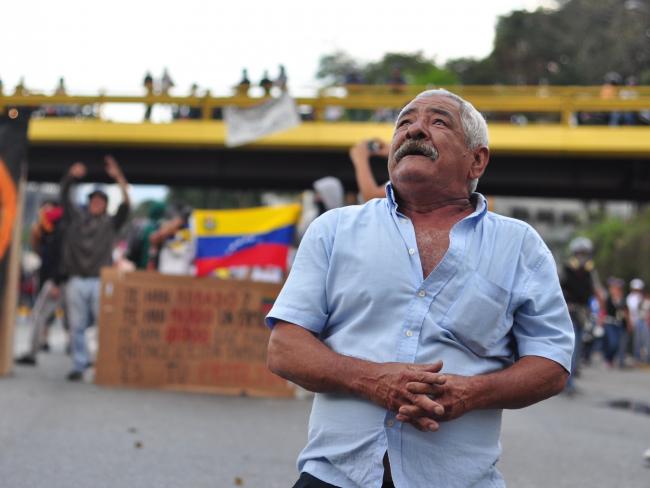 Venezuela is home to the world’s largest proven oil reserves. It sits strategically at the crossroads of the Americas, with ready access to US and European markets.  It is a country neither especially large nor especially populous, at once highly urban and rich in fertile lands. It boasts enviable infrastructure, ports, high levels of connectivity, plentiful natural resources. And for over 100 years, it has mercifully escaped the scourge of wars, foreign or domestic.

And yet recent headlines are staggering: severe food shortages, horrid crime rates, the world’s highest inflation. In dystopic hospitals medicine is scarce and diseases long since eradicated reappear. By some estimates nearly 1.5 million people, mostly middle class professionals and youth, have left Venezuela over the past decade seeking opportunities elsewhere.

Meanwhile a corrupt, ever more authoritarian and unpopular government battles a splintered opposition long lacking in alternatives, turning politics into a zero-sum stalemate. And now come reports of a precipitous decline in oil production due to mismanagement, meaning not just short-term cash flow problems as crude prices remain low, but long term ones that impair the country’s future capacity to generate wealth from its major source of income.

It shouldn’t be this way. Or should it? There are two frequently touted reasons for Venezuela’s current crisis. Each is elegant, convincing, and wrong – dangerously so.

One popular trope blames oil as both the source of the country’s riches and misery. There are technical terms for it – Dutch Disease, resource curse, petro-state – but at root the logic is simple enough. Countries whose economies depend on a single commodity prone to wild price fluctuations – as is oil – are notoriously poor at long term planning. When oil prices soar, dollars are plentiful, not just because of windfall revenues but also because wealth makes it easy to acquire debt, so that countries spend both what they have, and what they anticipate having.

In turn, easy access to dollars means it is more profitable in the short term to buy imported products than to invest in local industry, especially when domestic markets are small and expected returns minor. When oil prices fall, often as abruptly as they rose, the cash needed to maintain high import levels dries up.  And having failed to invest in domestic industry, goods grow scarce, and more expensive. Meanwhile debt contracted in times of plenty mean major loan payments, which governments finance by depressing the value of local currency in order to shore up dollars, in the process making local money worth less and less, and driving up inflation more and more.

It’s a sordid tale, and for Venezuela, a familiar one. In the 1950s a military dictatorship spent lavishly amidst an oil boom before a liberal democratic regime replaced it ahead of an oil bust in the 1960s, leaving the budding government to fend with accumulated debts and rising poverty. Then in the 1970s, the Mideast oil embargo shot prices to historic highs, and Venezuela embarked on a spending and debt spree even more spectacular than the one before, raising quality of life and making Venezuela the envy of the region. But when oil prices collapsed in the early 1980s, two decades of rising inequality, political turmoil, and social unrest followed before Venezuelans in 1999 elected as President Hugo Chávez, a former military officer who promised to make government responsive to the needs of those left out of the oil pie. And he did, when crude prices again rose sharply in the early 2000s, implementing massive public spending and social programs he later dubbed “socialism of the 21st century.” And as before, when oil prices plummeted in 2014, so did the gains of the boom years.

That Venezuelan governments of different stripes have succumbed to the highs and lows of oil’s swan song makes the petro-state explanation compelling. It suggests a structural problem that goes beyond who is in power, or how. What it doesn’t explain is why the scale and scope of the current crisis is decidedly more severe than during previous busts. This in turn has led some to point to a different culprit: socialism.

What Role Did Chávez and Socialism Play?

Venezuela’s governments have squandered revenue windfalls before, but today’s dire and deteriorating situation cannot be pinned on a resource curse.

Instead, blame lies with Chávez’s ideological program, which increased state control over the economy, expropriated private property, imposed high taxes and regulations on business, nationalized industry, massively expanded social welfare, ballooned the size of government, and concentrated power in the state, all while chasing away investors. And in fact, troubling signs of economic weakness had already begun to surface prior to the 2014 collapse of oil prices, indicating that something other than a commodity boom and bust cycle was at play.

But pointing to socialism ignores that Chávez didn’t suggest such a turn until 2005 – seven years after he took office – and didn’t set out to implement it, and tentatively at that, until 2006. Instead for several years prior, Venezuela’s government undertook a series of measures that would eventually set its economy on a familiar path to volatility and crisis.  In 2003, Chávez won control over the oil industry – nationalized in 1976 – following a disastrous month-long strike that pit company managers intent on running the company as a private enterprise, against a government determined to redirect profits into social spending. Then in 2004, facing dropping popularity rates and a potential recall, Chávez rolled out a series of social programs that took advantage of a then-incipient, post Iraq invasion oil boom. These highly popular – and expensive – programs would become the centerpiece of a distributive agenda that Chávez rode from victory to electoral victory until his death while in office in 2013. And as the boom grew, so did spending and debt, mainly on programs aimed at improving health, education, and food access for Venezuela’s poor and in the process lifting millions out of poverty.

What Chávez’s spending didn’t do was invest significantly in domestic production, relying instead on imports and immediate assistance that increased consumption levels while leaving much of Venezuela’s private sector – from banks to manufacturing – in private hands, hardly a model of socialism.

Meanwhile, enormous amounts of money went into artificially keeping Venezuela’s currency strong through strict exchange controls imposed in 2003. Far from a socialist plot, currency controls were an emergency response to the oil industry strike that left Venezuela in desperate need of cash: by limiting the amount of dollars individuals and businesses could purchase in the open market, the government could shore up dollars and stem capital flight. As the immediate crisis abated, however, currency controls did little more than fuel opportunities for corruption as those with access to dollars sold them at black market rates. Moreover, the oil boom simultaneously masked and fed corruption as dollars were plentiful. But when dollars became scarce as oil prices plummeted, the breach no longer held.

As authorities have stubbornly refused to lift controls – not for ideological reasons but because so many officials are now wrapped up in the web of corruption – black market demand for dollars to finance imports of everything from food to medicine to replacement parts have depressed local currency and driven inflation rates to upwards of 800 percent.

The Vicious Cycle is Likely to Continue

All of which points to a simple and unexciting reality: neither is oil a curse in itself, nor is socialism a recipe for disaster. Instead, the combination of an incoherent socialist program made classic petro-state problems all the more severe, drawing from the worst features of each. Yet there is comfort in blaming either oil or socialism exclusively for Venezuela’s crisis. Both have elements of truth. They are also incomplete, mainly because neither seeks to explain so much as to blame or absolve, for reasons of political gamesmanship.

Those who offer up the petro-state do so to shift attention away from Chávez, aiming to burnish his image – and political appeal – for posterity by shielding gains made during his tenure from the crisis that his policies have left after his death. Meanwhile, those who blame socialism willfully downplay how policies familiar to previous boom eras, policies undertaken by governments of very different stripes before, drive the current crisis. Instead, they seek to keep alive the claim many have tried and failed before, that Venezuela’s chief barrier to lasting prosperity is its leaders and their management of oil dependency, not dependency itself.

Ultimately, what the battle over incomplete explanations highlights is a more fundamental and troubling feature of Venezuela’s political culture, one that helps answer why despite such clear lessons Venezuela again and again finds itself in familiar predicaments: the seeds of the country’s next crisis are found in the throes of the previous one, when rather than explanations, Venezuelans seek to blame. And again and again, blame has meant dismissing all that has come before for reasons of political survival, in the process discarding even the ability to learn from the past.

“A hysterical country subject to infernal repetition,” is how Venezuelan novelist Federico Vegas summarized his homeland in 2004. What makes Venezuela’s repetition infernal is that each time it brings greater highs, and deeper lows, despite the clear lessons each moment leaves in its wake. It is why Venezuela will be here again. Not because it depends on oil, but because it depends on self delusion, about the reasons for its misery, and about its possible solutions.

Alejandro Velasco is Associate Professor of Modern Latin American History at New York University and author of Barrio Rising: Urban Popular Politics and the Making of Modern Venezuela (University of California Press, 2015). He is also Executive Editor of NACLA.