From the print magazine: Trump’s plan to wall off the entire U.S.-Mexico border is just one of a growing list of actions that extend U.S. border patrol efforts far past the international boundary itself. 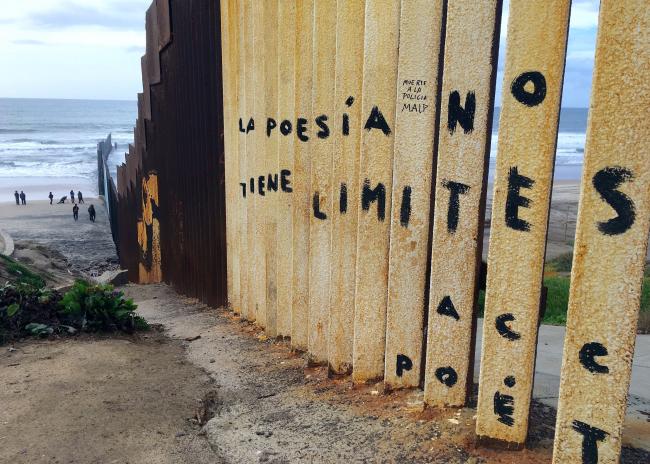 In the fall of 2016, Donald Trump’s “big, beautiful wall” along the U.S.-Mexico divide seemed like an unlikely presidential candidate’s campaign bluster. Since the New York real estate magnate’s swearing-in as Barack Obama’s White House successor on January 20, 2017, it is now a serious Executive Branch threat. Only five days after the inauguration, the Tweeter-in-Chief signed an executive order requiring “the immediate construction of a physical wall on the southern border.” It is to be one “monitored and supported by adequate personnel so as to prevent illegal immigration, drug and human trafficking, and acts of terrorism.” According to the administration’s official request for proposals, released on March 17, the wall should be “physically imposing in height”—about 30 feet high but certainly not less than 18 feet.

The new administration’s walled hopes and dreams face considerable obstacles. Among them are the fact that most people in the United States are opposed to building the new barrier, particularly one with a price tag of somewhere between $15 and $40 billion USD— or somewhere between 101 and 270 times the National Endowment for the Arts’ annual budget, estimates Carolina Miranda in the Los Angeles Times. According to an Associated Press-NORC Center for Public Affairs poll in early April, only 28 percent of respondents support new spending for the border wall, with 58 percent against. The results are consistent with findings of a Quinnipiac survey from February. It found that 59 percent of voters opposed the construction of Trump’s wall, with 39 percent in favor; the gap only grew when voters were asked their opinions of the project if U.S. taxpayers had to finance it.

In addition, and perhaps most significant, is the matter of property. Most of the already-existing walls and fencing stand on federally-owned land. Much of the rest of the land where Trump’s Great Wall would be built is either privately-held or owned by Native tribes. Given this fact, the Trump administration will have a big legal battle on its hands that could involve years of litigation, predicts University of Pittsburgh law professor Gerald Dickinson in the Washington Post.

Regardless of the outcome of Trump’s plans for the wall along the actual international boundary line, it is but one part of a gigantic enforcement regime, one that already is comprised of approximately 18,000 Border Patrol agents in the Southwest borderlands alone (out of a total of roughly 22,000 agents nationally). The U.S.-Mexico borderlands is also already littered with several hundred miles of barricades—in the form of walls, fences, and low-lying vehicle barriers—almost all of which were constructed since the mid-1990s, across administrations, both Democratic and Republican. In some of the most urbanized stretches along the international divide, double-layered barriers exist. In and around San Diego, for example, a corrugated metal wall is paired with a steel mesh fence, portions of which are topped with concertina wire.

Moreover, the apparatus of exclusion goes far beyond the actual U.S.-Mexico divide. It includes a 100-mile-wide “border zone” inside the territorial perimeter of the United States, an area in which U.S. Customs and Border Protection (CBP) has certain extra-constitutional powers, such as the authority to set up immigration checkpoints. And there is also the interior policing apparatus run by Immigration and Customs Enforcement (ICE), an agency with about 5,800 deportation officers, a force that Trump seeks to almost triple in size. Before even setting foot in the White House, Trump already had the largest border enforcement apparatus in U.S. history at his disposal. And with the definition of “operational control” for that apparatus altered in Trump’s January 2017 Border Security Executive Order—it now reads the “prevention of all unlawful entries” (emphasis added) into the United States—there is an anticipation of another massive border policing build-up.

This build-up will not only be at the Mexico-U.S. international boundary line, nor will it simply be within the United States’ own national territory. Rather, under Trump, we can expect an expansion of the apparatus of exclusion beyond the country’s official territorial boundaries. As then head of the U.S. Border Patrol Mike Fisher explained before the House Committee on Homeland Security in 2011, “The international boundary is no longer the first or last line of defense, but one of many.” This means there is not only an internal thickening of the border policing apparatus within the United States, but also a multilayered, extraterritorial extension of the border.

“The U.S. border starts at Guatemala now,” Daniel Ojalvo, a staff member at a migrant shelter in the Mexican state of Oaxaca, told a reporter from In These Times in 2015. In other words, greater efforts to stop migrants in southern Mexico and in Guatemala precede the Trump administration; in many ways, they are the product of Obama administration policies. With General John Kelly, the former head of U.S. Southern Command (SOUTHCOM), now at the helm of the Department of Homeland Security (DHS), it is reasonable to expect such boundary “thickening” efforts—wall-building of a sort that rarely gets attention—to grow.