Extraction and the State of the Progressive Left in Bolivia (Audio)

A NACLA Radio interview with Bret Gustafson and Niki Fabricant on their article, "Revolutionary Extraction?” from the latest NACLA , Free Trade 2.0. 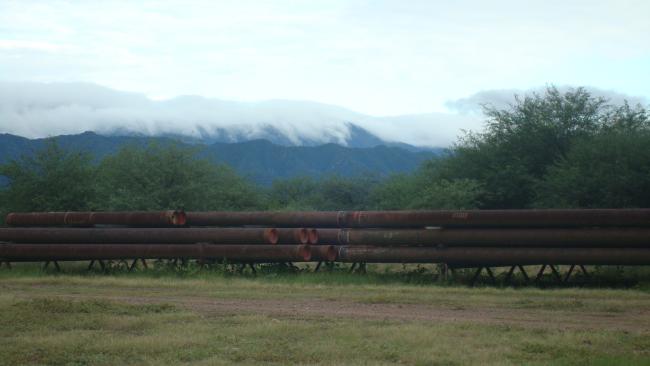 In this segment of NACLA Radio, Helen speaks with Bret Gustafson and Niki Fabricant, authors of "Revolutionary Extraction?” featured in the latest NACLA Report, " Free Trade 2.0: Confronting the Trans-Pacific Partnership and the New Extractivism as the Pink Tide Recedes.”

Bret and Niki take a look at Bolivia’s evolving relationship to global trade as President Evo Morales sees out his third and final term as President. Morales is one of the most popular national leaders in the world, and is Bolivia’s longest serving President. Still, his party, MAS, is often criticized by leftists for failing to follow through on campaign promises, and he’s recently experienced a dip in popularity because of a scandal involving an illegitimate child and allegations that he granted favors to the Chinese company that the mother worked for. Bolivians held a referendum in February to decide if Morales could run again in 2020 for a fourth term, and he lost narrowly. In the following interview, Bret and Niki discuss the state of affairs in Bolivia, including the backlash Morales is facing from mining companies who are resisting government regulations on their industry, and new legislation that restricts peasant demonstrations and has played a role of demobilizing radical movements.

You can listen to the most recent NACLA Radio interview from "Free Trade 2.0" with Manuel Pérez Rocha, on one way that free trade agreements empower transnational companies over state sovereignty, here. Manuel will return to the podcast later this month to discuss the recent outcome of the Pacific Rim-El Salvador case, so stay tuned!