A NACLA Radio interview with Manuel Pérez-Rocha on his article, "Free Trade's Chilling Effects," from the latest NACLA 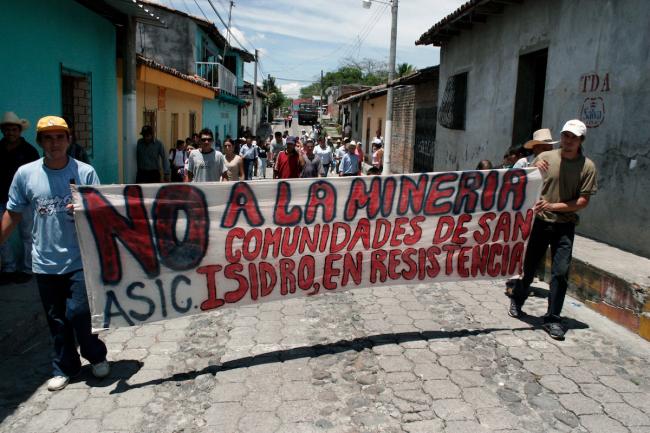 In this segment of NACLA Radio, Helen speaks with Manuel Pérez-Rocha, author of "Free Trade's Chilling Effects," featured in the latest NACLA Report, " Free Trade 2.0: Confronting the Trans-Pacific Partnership and the New Extractivism as the Pink Tide Recedes.” The article is available to read open access on the Routledge website.

The imbalance of power in free trade agreements takes many forms. In this podcast, Manuel discusses one way this imbalance shows up across almost all free trade agreements: the ability of private transnational companies to sue sovereign governments, or Investor State Dispute Settlement (ISDS). His article for the NACLA Report digs into the details of investor-dispute arbitration, which allows foreign business to sue states when they feel that they have violated their right to turn a profit. These cases are heard in the World Banks' International Centre for  Settlement of  Investor Dispute (ICSID). The arbitrators are generally private lawyers specializing in international trade. The fact that countries are not equally affected by this arbitration process is little-discussed.

In his article, Manuel points out the ways in which extractive industries like mining, natural gas, and oil represent a big chunk of the economy, tend to be the defendants in these cases more often than not. This April, the ICSID ruled that the Venezuelan government pay mining company Crystalex $1.4 billion because it revoked a mining permit due to environmental concerns. In 2012, Ecuador was told to pay $2.3 billion to a U.S.-based pertroleum company.

In the following interview, Manuel explores the disproportionate effect of ISDS clauses on different countries in Latin America, and how these rulings have changed regulatory efforts there.

Manuel will return to the podcast later this month to discuss the recent outcome of the Pacific Rim-El Salvador case, so stay tuned!

You can listen to the most recent NACLA Radio interview from "Free Trade 2.0" on Colombia's peace agreement, with Forrest Hylton and Aaron Tauss, here.