Mauricio Macri’s center-right party, Cambiemos, had a robust showing in October’s midterm elections. What does this say about democracy in Argentina? 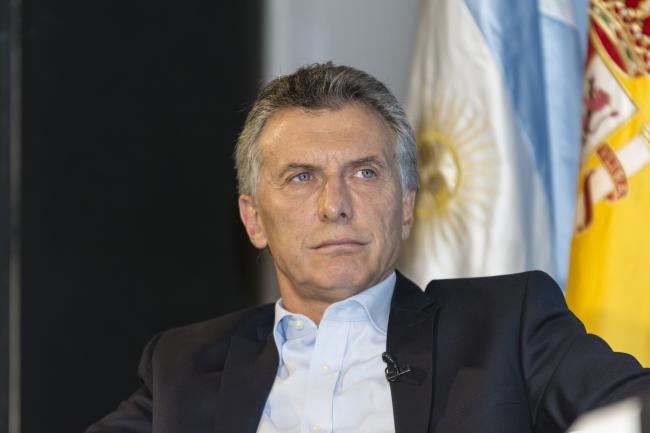 Thirty-four years after the end of the military dictatorship, political deaths are still, it seems, central to Argentine life. The electoral cycle for the 2015 Presidential election famously began with the suspicious death of a federal prosecutor, Alberto Nisman. Likewise, the midterm election campaign season this year closed this October with the discovery of the body of Santiago Maldonado, a demonstrator who disappeared in the wake of a rally led by indigenous Mapuches, after an 80-day search. Mauricio Macri’s center-right government attempted to justify Maldonado’s death, stigmatizing the demonstrators as "terrorists," circulating doubts about the actual presence of Maldonado in the rally, and blindly supporting the Gendarmerie’s violent actions. The revelations, and Macri’s response, added something new to the campaign: that even the foundational common ground of Argentina’s recent democratic transition, such as the defense of human rights, can become instruments of political polarization.

Nevertheless, the government's reaction did not seem to hurt the ruling party’s electoral performance in October 22’s midterm elections. On the contrary, Cambiemos, the coalition led by Macri, obtained 40% of the votes—far from an absolute majority, but well ahead of the 21% obtained by the Peronist forces that backed the former president Cristina Fernández de Kirchner and the 14% of the Peronist groups that opposed her. In the capital district of Buenos Aires, the Cambiemos candidate, Elisa Carrió, made a series of recalcitrant comments suggesting that kirchnerista groups and human rights organizations fabricated Maldonado’s disappearance and death. More than 50% of voters supported Carrió in Buenos Aires, almost 30 points more than her immediate rival.

Nor did inflation seem to have hurt the government party for many voters. With an expected inflation of above 20% for 2017, salaries have hardly kept up with prices, restraining consumption and slowing economic growth. Yet, Cambiemos increased its presence in social, geographical, and political areas traditionally controlled by Peronist groups. In the 2015 presidential elections, Cambiemos won only five provinces during first round voting and nine in the run-off election. Last October, they secured 13 of the 24 districts, including Chaco, Salta and La Rioja—provinces that had traditionally leaned towards Peronism—and even Santa Cruz, the province that Néstor and Cristina Kirchner controlled for decades. More importantly, Macri's coalition won again in the mammoth district of Buenos Aires province, a traditional stronghold of Peronism, where 12 million people voted. There, Cambiemos outperformed Kirchner's ballot in some working class suburbs, including Berisso, where workers took to the streets in 1945 to demand Juan Domingo Perón's release from prison, thereby starting his epic political career.

It also improved its results in some of the heavily working-class districts in the south and west of Buenos Aires province, where Cambiemos lost to Peronismo by 10 points, less than half the difference of two years ago. In these areas, it seems that the modest but steady reactivation of public works under Cambiemos over the past two years offered concrete answers to daily problems, allowing Macri's coalition to engage with voters that are traditionally loyal to Peronism. Incidentally, it also revealed some of the various shortfalls of the Kirchnerista administrations, particularly after 2011, when an economic downturn and fatigue after eight years in power limited public works and infrastructure projects.

Cambiemos’ victories in October represent the consolidation of the coalition it is part of, dominated by the Propuesta Republicana (PRO). PRO is a political organization made up of businessmen, new political cadres with a background in foundations and think tanks, and political leaders from the old center-right spectrum. These groups have controlled the organization since its creation. The coalition’s plasticity has allowed Cambiemos to expand its presence by incorporating leaders and powerbrokers from both the traditional parties, always under the thumb of the coalition's leadership. PRO’s strategy has enabled the right to win elections after years of being an opposition party.

The fundamental features of Cambiemos are its preservation of the project of building a market society and its control of the coalition's discourse, which is critical to populism, scornful of traditional parties, and referential to the language of neoliberal self-help culture. Based on this core set of ideas, the coalition expanded their electoral base towards those more skeptical about politics, and established alliances with other sectors, while preserving their ideological core.

With the party’s power consolidated, its presence in Congress expanded, and popular support growing, the government may now be able to move forward with more radical reforms it had sidelined in order to retain some social and political stability. This kind of political project might not go so far as “shock therapy;” the government’s pragmatism dovetails with specific and gradual reforms, such as labor code, tax system, and public spending. But it remains to be seen how the political and electoral forces that supported the Kirchnerista project in the previous decade will react to the dismantling of some of the government protections and regulations under which they improved their living conditions boosted their power.

Among those sectors that previously favored the Kirchners emerged another surprise in the election: the roughly 6% obtained by leftist parties, led mostly by the Trotskyist coalition Frente de Izquierda y de los Trabajadores (Left and Workers Front, FIT). It is one of the best elections for the Left since Argentina’s transition to democracy in 1983. It seems clear that these numbers might have had a greater showing due to the defection of so many former Kirchnersita supporters.

As with other examples of the Pink Tide in Latin America, the question remains as to whether Kirchnerismo’s progressive policies towards human rights and social welfare will persist or be disbanded under Cambiemos. Macri has moved relatively slowly in dismantling some of these policies, which are deeply engrained among the lower classes, unemployed people, and the informal sector. In fact, Cambiemos has maintained most of the social programs created under the Kirchners. Many subsidies that affect prices in transportation are still in place and government layoffs have been moderate. The abolition of government subsidies of utility prices is the most notable exception.

There remains doubt about the degree to which Kirchner policies actually lowered inequality. Statistics from the Kirchner years are still highly contested, but different studies and abundant anecdotal evidence suggest that poverty and inequality remained a serious problem during the last decade, particularly after 2010. How this affected Kirchner's electoral support might vary widely from sector to sector, but it did show an opening for Cambiemos' discourse among some traditionally Peronist voters. Today's Argentina reflects transformations in the country’s social structure, which have unfolded since the late 1980s, characterized by deindustrialization, growing informality, and persistent inequality in wealth distribution.

The commodity boom of the initial Kirchner years drastically changed the dynamic and structure of the agricultural sector throughout the country, which has been one engine of Cambiemos success. The most vibrant parts of the agricultural sector generally oppose state intervention, and the Kirchners spoke negatively of “el campo” (the countryside), reducing the entire agriculture sector to a group of traditional oligarchs who have historically lived more comfortable under military regimes. These dynamics may have propelled the electoral success of Cambiemos in agricultural zones.

While the growth of the extractive economy brought prosperity to other regions across the country, it also deepened regional inequalities and did not necessarily lead to an overall societal transformation. The consequences in terms of job creation, infrastructure, public services and the welfare state have been uneven in some cases, negligible in others. The country is still more egalitarian than most of Latin America, but much less so than three decades ago. Against this backdrop, it is fair to say the deepening polarization of Argentina’s social structure is not a consequence of Macri's rise to power, but a precondition that made his victory possible. But it seems possible that Macri, now that he has more political space to maneuver, will pursue policies that make these conditions worse.

While Cambiemos forges its political identity, it is too soon to tell whether some voters have given up on the project of an egalitarian and inclusive society, or whether they simply perceive the rhetorical and political resources deployed by Kirchnerismo, associated with the nostalgia for industrial prosperity, as ineffective.

In the victories of Cambiemos lies the most significant challenge for Argentine democracy since the end of the military dictatorship in 1983: a threat to the political consensus of the indisputable defense of human rights and its deep association to social well being, a feature unique to the Argentine democratic transition. The government's reaction to the death of the activist Santiago Maldonado and Cambiemos' emphasis on the magical virtues of an entrepreneurial spirit suggest that those basic tenets of Argentine politics face their most formidable challenge in democratic times.

Ernesto Semán teaches history at the University of Richmond. His last book is Ambassadors of the Working Class: Argentina's International Labor Activists and Cold War Democracy in the Americas (Duke University Press, 2017). @ErnestoSeman