Former Guatemalan Dictator José Efraín Ríos Montt died on April 1. Five Guatemala experts weigh in on his life and the legacy of ethnic cleansing he leaves behind. 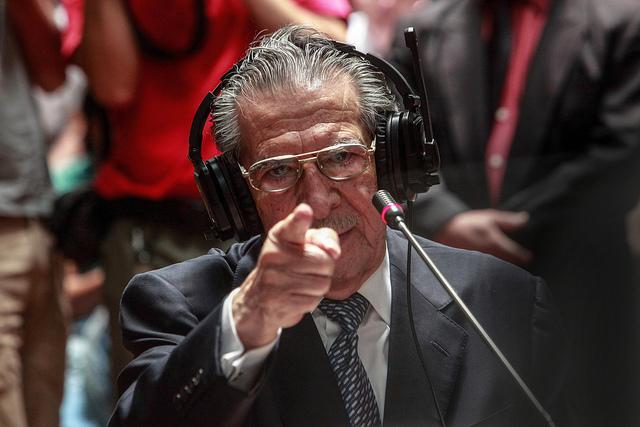 Guatemala’s most notorious dictator, retired army general José Efraín Ríos Montt, died of a heart attack on April 1, 2018 at the age of 91. In 2013, after years evading justice, his victims proved in a court of law that he was guilty of genocide. The judgment was later erased by the action of the Constitutional Court at the bidding of powerful business and military elites who feared they’d be next on the docket. But the genocide trial and the testimonial, documentary, and other evidence it produced are helping rewrite the history of the Guatemalan civil war and to empower other victims of state terrorism to pursue justice.

In the following reflections, NACLA contributors reflect on Montt’s life and the legacy of genocide he leaves behind in Guatemala.

Jo-Marie Burt is Associate Professor at the Schar School of Policy and Government at George Mason University. She is also a senior fellow at the Washington Office on Latin America (WOLA), a research and advocacy organization advancing human rights in Latin America. She specializes in state violence, human rights and transitional justice, with a focus on Peru and Guatemala. She writes about war crimes prosecutions in Guatemala for International Justice Monitor.

Paulo Estrada is a human rights activist and an archaeology student at the University of San Carlos in Guatemala. He was a civil party in a case involving forced disappearances by the Guatemalan state, heard by the Inter-American Court of Human Rights in 2012.