After years of activism led by undocumented youth, New York State has finally passed a version of the DREAM Act, which gives undocumented students access to financial aid. Yet in the broader struggle for immigrant rights, there is much work left to be done. 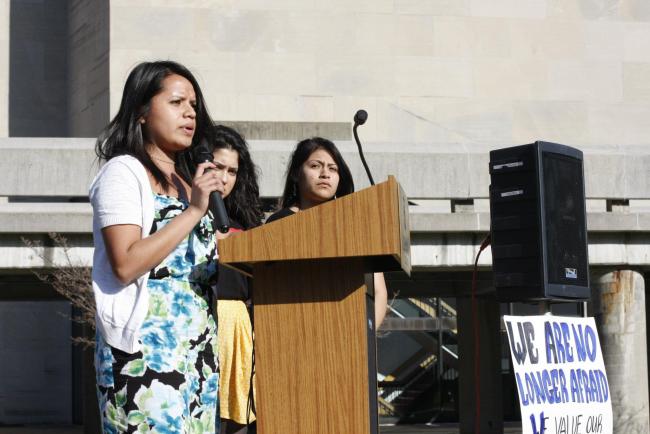 The passing of the New York State DREAM Act on January 23, 2019, almost 10 years after it was first introduced, is a bittersweet moment. The law gives undocumented college students access to financial aid, opens a “fund commission” for scholarships for undocumented students, and allows their families to open college tuition savings accounts. It will affect some 146,000 students, according to the New York State Youth Leadership Council (NYSYLC), the group that has led advocacy efforts in favor of the law for almost a decade.

Until January 23, 2019, undocumented students in New York did not have access to traditional state-funded student financial aid offered to New York residents, such as the Tuition Assistance Program (TAP) or the Excelsior Scholarship, which allows selected students to attend a public college in New York State tuition-free. Because of limited financial resources, only five to 10 percent of the 4,500 undocumented students who graduate from New York high schools each year go on to pursue college degrees, according to the Fiscal Policy Center.

The historic passage of the New York DREAM Act was made possible not by elected officials—many of whom spent years ignoring those advocating for it—but through the efforts of undocumented youth activists who have continuously put their lives on the line. Our efforts began in 2010, after the federal DREAM Act failed in Congress. Politicians and major immigrant rights organizations at first told young activists like myself that a law like the New York DREAM Act wasn’t possible at the state level, and that we didn’t know anything about policy or about making laws.

But the NYSYLC and their allies did not give up. Members walked from New York City to Albany, participated in a civil disobedience, visited legislators, hosted educational forums, and convinced the City University of New York (CUNY) and State University of New York (SUNY), as well as the presidents of private colleges and universities, to write letters in support of the New York State DREAM Act.

A Long Battle for Undocumented Students

In response to such shortcomings, New York Democrats first proposed legislation for a statewide DREAM Act in 2010, and by 2012, there were rumors that Governor Andrew Cuomo might support it, though up until that point he had refused to publicly do so. Yet heultimately did not include the bill in the state’s 2013 budget. In response, 15 students set off on a 150-mile journey from New York City to Albany to raise awareness about educational access for undocumented students.

I was one of those students, who walked over 150 miles over nine days from New York City to lobby in Albany. The first night of the walk, we slept outside of Governor Cuomo’s office in protest. Undocumented youth then risked arrest and deportation by blocking traffic and dropping banners outside of his office. In addition, we held weekly rallies and protests outside of his office. In spite of these efforts, New York politicians continued sitting on the bill, even as other states like California and Texas began to offer some form of financial aid to undocumented students. 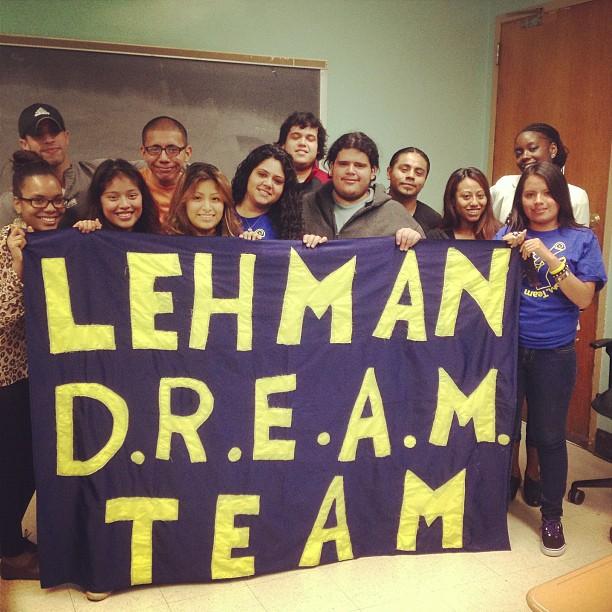 The New York State DREAM Act will not become official until it is signed by Governor Cuomo, who at times has resisted signing pro-immigrant and pro-public education laws. Some have posited that he hopes to maintain a measured, centrist approach due to his rumored presidential aspirations, and has therefore avoided passing policies like the New York State DREAM Act. Even so, the governor holds tremendous influence over both the budgets for SUNY and CUNY, as well as the appointments of over half of the Board of Trustees. He also did pass the Excelsior scholarship, a program that promised free tuition to New Yorkers who wished to enroll in CUNY or SUNY. Yet the program has been more beneficial to middle class families, because it requires enrollees to be full time students, and leaves out undocumented students.

On the day the New York DREAM Act passed, the government was still shut down over funding for a border wall and increased border security, a symbolic testament to New York’s reputation as an engine for progressive policies. At the same time, Democrats now have a majority in the New York State Senate for the first time since 2010, and with a number of new progressive state senators, policies like the New York Dream Act could become easier to pass.

Yet while the bill passed last month will help ensure access to more undocumented students to higher education, it comes a decade too late for many of the youth at the center of the movement who would have benefited. Many have moved on, entered the workforce, and may now have families. How many could actually return to school to pursue a college education at this point? Undocumented people will continue to age out of programs, much like what has happened with the passing of the Obama-era policy of Deferred Action for Childhood Arrivals (DACA).

Though it constitutes an important step, the broader conversations about immigration reform and policies like the New York DREAM Act continue to give preference to young, college-bound undocumented people known as Dreamers. Those that meet the requirements for the Deferred Action for Childhood Arrivals (DACA) program have become “DACA-mented,” allowing them more access to scholarships and financial aid than those with no documentation. Although DACA did offer some undocumented youth temporary protection from deportation, for others, it resulted in further exclusion because it feda narrative that divides immigrants between those who deserve relief versus those who are deemed criminals.

While DACA has helped to remove some of the barriers to higher education for undocumented students, financial, legal, and cultural barriers still exist. More often than not, undocumented students come from lower-income families, with many forced to choose between college and employment. In some cases, DACA beneficiaries provide the only form of financial support for their families. In other situations, due to financial restrictions, students may take longer than six years to finish a degree because they have to take time off to save up to pay for a semester. 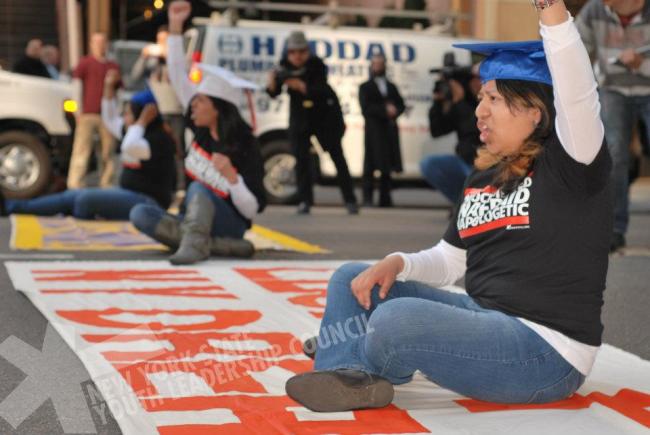 While higher education alone cannot remedy U.S. immigration policy, it does provide a space for inclusion, advocacy, research, and support for underrepresented communities. As an undocumented student who has worked alongside other undocumented students, I know firsthand the many barriers undocumented students experience while in pursuit of a college degree. On the route to post-secondary institutions, cost is one of the dominant barriers.

Ten years ago, I wanted to go to SUNY Stony Brook, and with the New York DREAM Act, I might have been able to do so. At first, I was offered a scholarship. However, once they realized I was undocumented, the school retracted the offer. As a result, my family and I could not afford to pay for tuition. CUNY was the next best option for me, one of the most affordable educational options for undocumented students like myself. Through economic support from my parents, my own part-time jobs, several scholarships, mentors, and the other undocumented students, I was able to complete my undergraduate degree. Today, I am currently studying for a Master’s in Education with a concentration in Higher Education Administration. For students from underrepresented communities like myself, higher education creates opportunities for social mobility, personal and professional development, and ultimately, the creation of an invaluable support network.

Beyond access to school, students from underrepresented backgrounds, including undocumented students, need resources to feel supported, welcomed, and validated on campus. College can serve as a safe haven from the cruel and unfair circumstances of being undocumented. Developing one’s voice and having ownership of one’s narrative is a key skill to learn in college. By sharing my story, I hope to help other students reclaim their identities.

When I started college, I felt isolated. The daily burden of being undocumented extends to daily life: access to decent jobs with livable wages, driving a car, opening a bank account, health insurance, and even forming friendships. Yet the validation and support I received on campus completely changed my experience. While at Lehman College, I helped establish the first DREAM Team, a student-led club that advocates for the rights of undocumented youth. Having this space and receiving guidance from college staff and faculty empowered me to feel a sense of belonging, which validated my experience as a student and humanized my undocumented experience to my fellow peers. Being active on campus led me to understand how my studies, my activism, and my other interests were connected to the larger society. 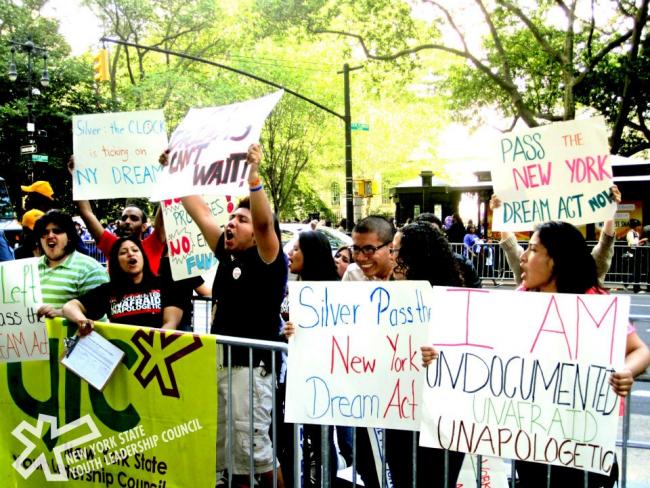 A Long Way to Go

For the past two years, I have worked with CUNY students, who, like myself, are undocumented. It has been an amazing journey to watch them grow as individuals, as students, and as professionals. For many undocumented students, getting into college and staying in college is hard—especially when the promise of a better future depends on a social security number. In many cases, their success is not possible without financial support.

This is why we must expand our understanding of what it means to be undocumented. We can begin by having open and honest conversations about these lived experiences.

Marlen Fernandez is currently the Scholarship Program Coordinator at the Jaime Lucero Mexican Studies Institute at CUNY. She is currently a graduate student at Baruch College, completing a Masters in Education with a focus on Higher Education Administration. Marlen has experience organizing around the issues of undocumented youth, formerly the President of the Lehman College Dream Team, Co-founder of the Westchester Dream Team, and former member of the New York State Youth Leadership Council.