In Colombia, the Press Under Fire

Though the New York Times broke the story on new military orders in Colombia to double kills, arrests, and surrenders, Colombian magazine Revista Semana had access to the same information. Why didn’t they publish it? 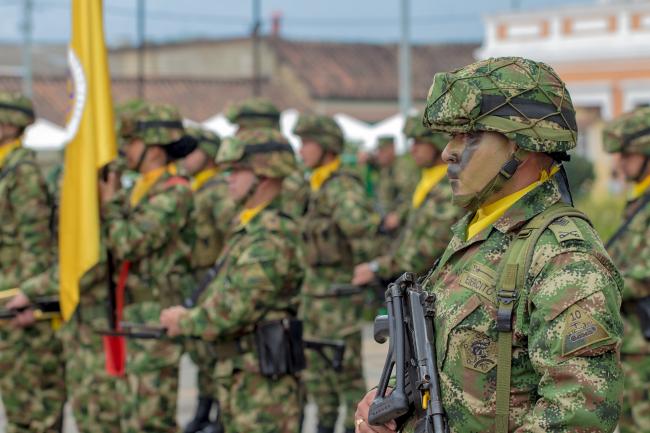 Colombian journalism has been put to the test in the past few weeks, after revelations broke that one of its major magazines, Revista Semana, had declined to publish the results of a bombshell investigation that ended up in the New York Times. In response, Semana fired their top columnist, who had published a piece asking why Semana had sat on the report.

On May 18, the New York Times’ Andes correspondent Nicholas Casey published an article, “Colombia Army’s New Kill Orders Send Chills Down Ranks,” which detailed the Colombian military’s goal to double the number of criminals and militants they kill, capture, or force into surrender. This was a chilling revelation for a country that a decade before endured members of its own army kidnapping innocent civilians, dressing them up as guerrillas, and killing them as a way to show “good results” and increase the “body count” in order to gain vacation time and other prizes from their superiors. This was a scandal dubbed “falsos positivos” or “false positives,” and at least 2,000 innocent Colombians died because of it.

The Times piece put pressure on the army and the Ministry of Defense to answer for its orders, which could very well encourage disproportionate violence against suspected criminals. But many Colombians also believed another sector of society deserved scrutiny: why hadn’t Colombian journalists reported on this? A rumor began to emerge: A Colombian outlet in fact did possess the investigation, but decided against publishing it, perhaps to avoid upsetting the government, which has close personal ties with the higher-ups at Semana.

The current government is headed by president Iván Duque, a mentee of former president Álvaro Uribe, during whose government the original false positives scandal took place. Perhaps, online commentators said, Semana's closeness to Duque made them want to avoid comparing his government to the most unfavorable aspect of his mentor's term.

On May 21, La Silla Vacía––an independent online outlet and one of the few that reports on other media in the country—confirmed that part of the rumors were true: Revista Semana, one of the prime political outlets in the country, had indeed shelved the investigation that the Times ended up publishing. Though La Silla Vacía couldn’t confirm why Semana had decided against publishing, they did confirm that Semana reporter Ricardo Calderón did possess the same documents and testimonies that the Times used in their piece.

This new revelation sparked outrage, including from one of Semana’s main columnists, Daniel Coronell. Though Coronell lives in Miami, where he is President of News for Univisión, he is well known in Colombia for having directed various news outlets in the country, and for his column in Semana, where for 14 years he combined investigative journalism with opinion writing. Coronell fled to Miami many years ago, escaping death threats. On May 26, Coronell used his column space to demand answers from Semana.

That same day, Alejandro Santos, Semana’s director, tweeted: “We will always respect freedom of speech at Semana, even for columnists who criticize their own media outlets.” But two days later, Coronell calmly tweeted that his column had been canceled by Felipe López, Semana’s founder and president.

Journalists in Colombia were on high alert. When the New York Times had published its investigation, a senator from the ruling party tweeted two photos she thought were of Nicholas Casey (one of them was actually of Colombian photographer Federico Ríos) and accused him of collaborating with the Revolutionary Armed Forces of Colombia (FARC) guerrilla group—though they have officially disarmed and since become a political party. After being targeted with such allegations, both Casey and Ríos had to leave the country. And now, Semana—which has reported on some of Colombia’s biggest corruption scandals and criminal networks since its founding in 1982—was letting go of one of their top-read columnists and one of the government’s toughest critics, seemingly for biting the hand that fed him.

Readers were irate. Many assumed the ties between Semana’s top executives to the political establishment had compromised their willingness to report on the people in power—that is, to report the truth. Indeed, both director Santos and founder and president López are related to former Colombian presidents. Furthermore, in January the Gilinski banking family purchased the largest share of the company. Jaime Gilinski Bacal is the owner of GNB Sudameris Bank and one of the richest men in Colombia. All of this raises questions concerning Semana's willingness to report on issues that might put their funding at risk.

In response, Colombians on Twitter started a campaign imploring users to unsubscribe from the magazine and to unfollow their social media accounts. When Coronell announced the cancellation of his column, Semana had 4.22 million followers on Twitter. They are now down to 4.17 million followers, marking a three percent drop, and the numbers continue to decrease.

The issue seems far from over. On the latest issue of its weekly magazine, published on June 1, Semana took the unusual step of writing an editorial (because of Semana’s paywall, many people have read this through photos of the magazine shared on social media). There, they briefly mentioned Coronell’s exit, but instead focused on the investigation that, according to the op-ed, was “scooped” by the Times. Semana’s editorial board said they believe that they should have proceeded differently with the investigation, but they also assured their readers that their plan was and still is to publish the investigation when they feel it is ready.

In the same magazine issue, Daniel Samper Ospina, another of Semana’s top-read columnists, avoided his usual humorous writing to protest what he saw as “an act of censorship” against Coronell. Also in the same issue, María Jimena Duzán, another columnist, criticized López for how he handled the Coronell situation, and Santos for how he handled the most recent false positives investigation. But she also criticized Coronell’s last column for what she saw as “independent journalists stabbing one another.” What’s more, Duzán called Coronell “arrogant” for daring to hold such debates in public.

The journalistic infighting was far from over. On June 3, El Tiempo, the largest newspaper in the country, published an interview with López. There, the magazine’s president said that Coronell threatened higher-ups to keep writing about the issue until he got a “satisfactory explanation” and that he had “additional information.” According to López, this threat was the real reason he felt it necessary to Coronell’s column: "If his decision was to keep on challenging the magazine's credibility, the logical thing was for him to keep doing that from the outside," López said. The justification, many felt, reeked of censorship.

Later that same day in another interview published in the same newspaper, Coronell denied López’s claims, and said they had been fabricated. According to Coronell, López never gave him a reason for ending the column. Coronell also slyly criticized Duzán who, he said, had joined him in reading aloud their respective columns online (another tradition prompted by Semana’s paywall), but had not mentioned her criticisms. "Maybe she only realized my alleged arrogance after being exposed to Felipe López's humility," he said.

Coronell, Samper Ospina, and Duzán all praised Semana’s commitment to good journalism in their columns, so this is not a final blow for the magazine. But more than 100 staff have been let go since December, and the magazine’s recent actions have created a distrust among its readership that will not be quickly remedied.

In the meantime, many are asking themselves if, amidst all this journalism crisis, someone will be held responsible for the scandal that started this all. The Minister of Defense was not fired after the story broke. And on June 5 Nicacio Martínez, the commander of the Colombian army mentioned in the Times article, was promoted to four-star general, stoking fears that, as in the past, members of the army will be rewarded for abetting abuses rather than held in check. Meanwhile, President Duque has been more focused on trying to tighten the laws regulating the peace deal with FARC, which he believes are too lenient towards former guerrillas, but Congress has consistently rejected his efforts, while the courts have sided with Congress on the proposals. So it seems unlikely that the country will come to a consensus about journalistic ethics or hold military abuses accountable—and stop them once and for all.

Pablo Medina Uribe is a journalist based in Bogotá, Colombia and the current editor-in-chief of the fact-checking organization Colombiacheck.