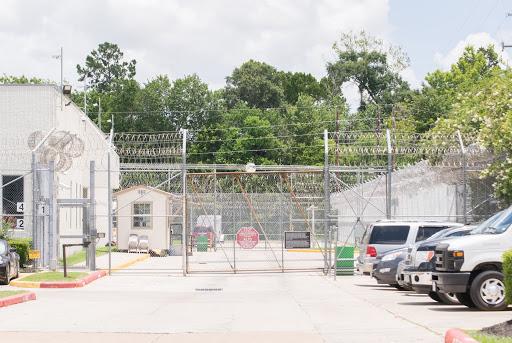 Portrayals of political corruption in the Americas often skip over the United States and Canada. Their democratic systems are presumed to be self-regulating, with strong institutions and legislation that minimize the fleecing of public coffers and “pay to play” schemes. If caught, corrupt leaders can be publicly and shamefully pushed out of office for scandals involving personal enrichment, using public funds for luxury items and travel, as well as influence-peddling and illegal fundraising. The high (or perhaps, low) watermark for such self-regulation of abuses of power is the resignation of President Richard Nixon after Watergate—and in a separate financial corruption incident, his vice president, Spiro Agnew.

The Trump administration has tested the institutions of self-policing in Trump’s private and public life. Before and during his presidency, the courts shuttered Trump’s for-profit university and philanthropic foundation. Currently, emoluments lawsuits are trickling up through the judicial system, investigating the president’s practice of openly and defiantly mixing business with his day job. Trump’s brand of self-enrichment is emblematic of a form of legalized corruption taking place within U.S. institutions involving politicians, corporations, lobbyists, and bureaucrats, who often collectively game the system for profit.

The U.S. immigrant detention system is one such area of murky legality, rife with exploitation and abuses. This federal authority—one that most nations claim—is tethered to national security concerns, both real ones and those declared without evidence by executive proclamation. It is a system that diffuses and outsources its authority through the Department of Homeland Security into counties and cities across the country as well as into private for-profit corrections corporations. Subcontracting incarceration to remote locations casts a nation-sized web of enforcement capacity, reduces accountability and oversight, and increases the number of public and private parties with financial interest in detaining migrants at higher numbers and for longer periods of time.

Three central areas of legalized corruption define the highly privatized detention system: prison labor, lobbying, and contracting leverage between private prison operators and the federal government. A troika of conspirators—corrections corporations and their lobbyists; politicians who use the migration system and alarmism around it to reap political currency and voters; and bureaucrats who shuffle between public service and private agencies—works individually and collectively to preserve its profitable relationship through expanding the detention regime.

Currently, immigrant detention is at its high water mark, with close to 50,000 persons detained every day. Private corrections in general is a $4 billion industry with between a quarter and half of its revenues drawn from migrant detainees. And between two-thirds and three-quarters of all detainees are held in privately owned or managed prisons, according to the National Immigrant Justice Center. In other words, the corrections industry’s footprint in migrant detention is enormous, much larger than its role in the criminal justice system, pegged at 8.5% by the Sentencing Project. As a result, the industry can exert significant pressure on the federal government to increase its profit margins through a variety of lawful means.

Detainee conditions—including poor medical care, physical and sexual abuse, and the overall penal atmosphere in a system defined as administrative detention—are infamous. As of press time, 22 migrants had died in ICE detention during the Trump presidency alone, a figure that does not include the children who have died in custody of the Border Patrol. And nearly 200 detainees have died in ICE custody since its founding. These dangerous detention conditions function as a government enforcement strategy and are facilitated by the largely corporate model of detention, where cutting the costs of incarceration increases profits. This in turn dovetails with the government goal of using the detention of today’s migrant as a deterrent for tomorrow’s. The “zero tolerance” family separation policy was an explicit example of this strategy.

Market control in migrant detention reaps financial wealth for detaining migrants before their deportation and/or during migrants’ simultaneous legal efforts to remain in the country. Usually measured via detention beds and profit, the revenue motivations of private prisons and detention centers have expanded markets and products, as corrections corporations have widened their services to also provide “alternatives to detention.” This includes ankle bracelets for GPS-monitoring of migrants out on bond, rehabilitation services, mental health care, and residential reentry programs.

GEO Group, one of the two private corrections giants, for example, paid $360 million to purchase Community Education Centers, a national “halfway house” provider. CoreCivic, the industry leader, owns similar properties to “better the public good,” according to its spokesperson, quoted in the Tampa Bay Times. In addition, GEO Group is completing a five-year contract worth $47 million annually to provide case management and location monitoring services of released detainees through its subsidiary Behavioral Inventions, Inc. (BI). This contract falls under the government’s Intensive Supervision and Appearance Program (ISAP), which grants detainees supervised release during their proceedings. GEO Group acquired BI in 2010 for $410 million only a year after signing its first supervision contract with ICE. Both former ICE chief Julie Myers Wood (also a security consultant) and David Ventruella, a former ICE assistant director, are on the BI board, illustrating the ‘revolving door’ between public service and private industry. Appropriating the language of prison reform, corporate jailers cast themselves in a less punitive light and utilize cost-saving arguments to justify profiting from multiple ends of incarceration. Companies too have rebranded themselves after facing scrutiny, such as the Corrections Corporation of America (CCA), now known ambiguously as CoreCivic.