The summer uprising of 2019 in Puerto Rico was a repudiation of politics as usual and revealed that Partido Popular Democrático and Partido Nuevo Progresista dominance of the island’s political system is no longer assured. 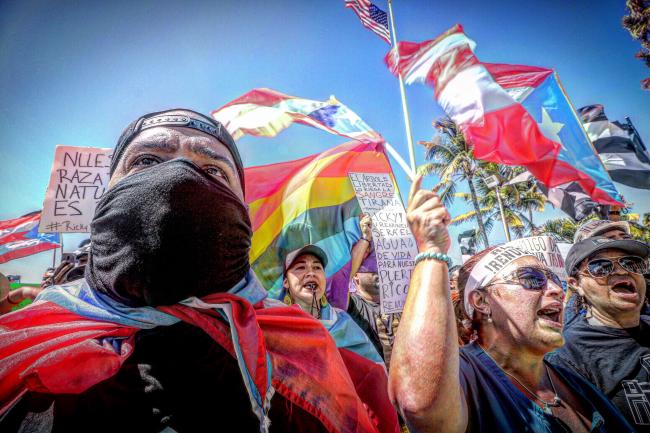 The summer uprising of 2019 in Puerto Rico was a repudiation of politics as usual and revealed that Partido Popular Democrático (PPD) and Partido Nuevo Progresista (PNP) dominance of the island’s political system is no longer assured. The political landscape has been transformed by the popular uprising, and new actors and forces are emerging that may cause Congress to rethink the terms of Puerto Rico’s colonial subordination.

For decades the PPD—a proponent of commonwealth, or the Estado Libre Asociado (ELA)—and the PNP, a proponent of statehood, have preached with almost religious fervor that the foremost issue that confronts Puerto Rico is the resolution of its territorial status. The PNP has been promoting Puerto Rico’s incorporation into the Union as the 51st state.  The PPD has continuously campaigned since the inception of ELA in 1952 for enhanced self governing powers. Little has changed in the last half-century to differentiate the political parties. Electoral campaigns are now ossified political rituals far removed from the people’s daily struggles to lead dignified lives in a broken economy.  The PPD and PNP know that as long as the population remains polarized between statehood and commonwealth, it will be distracted and fail to grasp the duplicity of the political class in creating the financial crisis and enforcing austerity. The politics of status is losing its grip on the electorate. Puerto Ricans are turning away from the voting booths to register their rejection of the parties and what they represent. Electoral participation rates, which were historically very high in Puerto Rico, have been steadily declining. They dropped from 81.7 percent in 2004 to 78.2 percent in 2012, and then plummeted to 55.5 percent in 2016. Ricardo Rosselló won the governorship in 2016 with only 41.8 percent of the vote, the lowest plurality in modern electoral history.

The uprising exposed the status issue—the ideological bedrock of both political parties—for what it is: a false dichotomy between two political organizations, neither of which has the credibility nor the requisite support to motivate Congress to effect a change of Puerto Rico’s colonial status. The protestors sent Washington two clear messages: the people reject the politics of territorial status change, and the political class that perpetuates the charade is no longer capable of managing the colony. Both parties are in trouble and neither has any idea on how to extricate Puerto Rico from its crisis.

The Political Machinations of the Uprising

The uprising is often portrayed as a vibrant collective catharsis spurred by societal trauma and the relentless indignaciones foisted by an uncaring government. But it was also a historic event that marked the collapse of the colonial state’s legitimacy. Rosselló designated former Resident Commissioner, and political rival in the PNP, Pedro Pierluisi as his replacement, despite warnings that the Puerto Rican senate would not approve the appointment. Rosselló defied his party and appointed Pierluisi as his successor. Pierluisi is despised for working as a consultant for the Financial Oversight and Management Board, or junta. The Senate did not approve the Pierluisi appointment, and the Supreme Court of Puerto Rico ruled that his appointment as governor was unconstitutional. Pierluisi served as governor for five days, the shortest gubernatorial tenure in Puerto Rico’s history. Secretary of Justice Wanda Vásquez, an unelected cabinet official with ethical challenges of her own, was sworn in as governor on August 7. The governorship fell to Vásquez because Secretary of State Luis Rivera Marín, who was in the constitutional line of succession to replace Rosselló, was implicated in the infamous Telegram chats and resigned in disgrace. The botched gubernatorial transition was emblematic of the moral corruption and incompetence that plagued the Rosselló administration from virtually the start. The nominations of both Vásquez and Pierluisi antagonized the resistance, and provoked protests in San Juan.

The massive marches were remarkably non-partisan. In photos from the protests, none of the banners or standards seemed to reference the PPD, PNP, or Puerto Rican Independence Party (PIP), among the thousands of Puerto Rican flags that the protesters briskly waved. For many of the protestors, democracy in Puerto Rico was nothing more than a hollowed formulaic exercise of casting votes to select which faction of the political class would control the colonial state. They demanded a new Puerto Rico built by the very people victimized by the colonial state and the junta. The uprising reconfigured insular politics.

The PNP has weathered the collapse of the Rosselló administration and the public spectacle of the PNP at war with itself over his replacement. The once reviled Vásquez has made a seemingly effective display of combatting corruption. She purged the administration of incompetent Rosselló hangers on. She is diplomatically engaging the opposition in conversations. But on September 27,in a televised message, Vásquez endorsed the junta’s financial plan to reduce Puerto Rico’s debt. The Federation of Teachers denounced the plan as unfair to the pensioners. The PIP immediately criticized the fiscal plan claiming that the junta continued to put the burden of paying down the odious debt on the backs of workers, students, retirees, and the poor, who in effect became human collateral for a highly speculative financial gambit that collapsed.

But, despite the seeming return to political normalcy, the political party system is in crisis. The leadership of the PNP has not been decided. Resident Commissioner Jennifer González and Senate President Tomás Rivera Schatz are scheming to get the PNP nomination for governor. The PPD is dormant and barely visible during this period of political uncertainty. Its leaders know the antiquated Estado Libre Asociado, which was established almost seventy years ago is an anachronism. It has been repeatedly discredited by Congress and the U.S. Supreme Court. The junta, which has supremacy over the legislature, was the death knell for the ELA, whose leaders falsely claimed guaranteed Puerto Rico’s autonomy. The PPD’s presumptive candidate for governor, San Juan Mayor Carmen Yulin Cruz, does not enjoy the full backing of the PDP leadership and has been criticized for her administration of San Juan.

As the PPD and PNP flounder in search of credibility and legitimacy, the PIP, the asambleas de pueblo, and Movimiento Victoria Ciudadana (MVC) are trying to fill the political vacuum. The PIP, once seen as the only viable—albeit electorally inconsequential—proponent for self-determination converted the demands of the protestors into legislative measures. The PIP proposed setting up an Asamblea para un Nuevo Puerto Rico, which would write a “new constitution based on the sovereign power of the people of Puerto Rico.” PIP legislator Juan Dalmau called on the legislature to respond to the protestors demand for “greater democratic participation, transparency in government operations and amendments to the constitution.” The PIP is hoping to assume leadership of the popular forces that are challenging the colonial regime.  But the party will face resistance from the asambleas de pueblo.

The asambleas de pueblo are the opening salvo of an island-wide movement to create a new democratic structure that is accountable to the people and not to foreign capital. The asambleas are planning a people’s convention to draft a constitution to replace the discredited ELA. The asambleas refuse to debate Puerto Rico’s territorial status and are fiercely independent of the political parties. At present, they reject an alliance with PIP and the MVC and appear confident that an organized citizenry will create the New Puerto Rico.

The summer 2019 uprising may have given the MVC, a new political party in the making, needed credibility to emerge as an alternative to the PNP, PPD, and PIP.  Launched in March 2019, by September 29 the MVC had obtained 24,880 of the required 47,406 signatures needed for certification as a political party for the November 2020 elections. On September 9, the MVC convened a national organizational assembly to “organize the structure” of political party. The participants decided to create a network comprised of four sectors: the university system, civic organizations and other groupings, the 78 municipios, and the 5.4 million strong Puerto Rican diaspora in the United States. The MVC may be the only political party to include Puerto Ricans living abroad in its organizational structure. The MVC is led by an emerging national leadership, much of it young and leftist. One of its founding members Alexandra Lúgaro Aponte ran as a politically unaffiliated candidate in the 2016 elections and obtained 11.3 percent of the popular vote. Her popularity, which shocked the leadership of the three political parties, was an early warning that the electorate was growing tired of the ping pong elections between the old-fashioned PNP and PPD. The MVC platform is wide-ranging and ambitious, but its key elements are fundamentally reformist.  Some of its demands echo those of the asambleas, including an end to government corruption, cancelling the debt, moving to a parliamentary system, environmental justice, labor rights, and protection of the pensions. The MVC wants to decolonize Puerto Rico, which could mean either statehood or independence.

There is a sense in Puerto Rico that politics as usual has been permanently broken. The citizenry is dismayed with the political parties and their leaders. The 2020 electoral campaign will probably disregard territorial status politics and focus on which party can deliver economic and social justice. If neither the PPD or PNP win the governorship, Puerto Rican politics will have been irrevocably transformed. Invariably the U.S. will need to alter the terms of Puerto Rico’s colonial subordination. This does not necessarily mean that Congress will accept Puerto Rico as a state of the union, or grant it independence. For example, Congress can delegate to Puerto Rico increased powers for self rule. But for now this is foreseeable only with Democratic majorities in both houses of Congress. The political future of Puerto Rico remains uncertain.

Pedro Cabán, is Professor of Latin American, Caribbean and Latina/o Studies at the University at Albany.