Puerto Rico Rises Up: Readings on a Simmering Crisis

A NACLA reading list to put ongoing protests in Puerto Rico into context beyond the breaking point of the governor’s chats scandal. 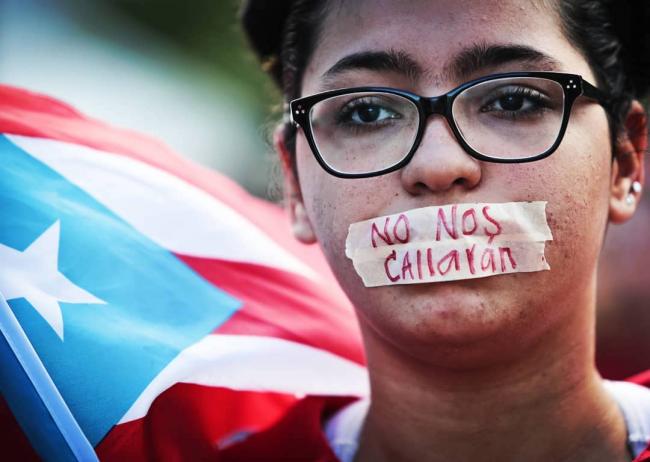 On July 24,  the streets of San Juan erupted in cheers as Governor Ricardo Rosselló announced his resignation in a televised address. Rosselló’s resignation was the culmination of nearly two weeks of protests by Puerto Ricans on the island and across the U.S. under the slogan “Ricky Renuncia,” following the leak of 889 pages of a group chat between Rosselló and and close associates, including members of his cabinet. In the chat, they mocked political rivals, feminists, queer people, victims of Hurricane Maria, and others. But while these offensive messages may have prompted this popular repudiation of Rosselló, the roots of public outrage over Puerto Rico’s elite government boys’ club run far deeper.

From more than a century of colonial rule, which has only deepened with the imposition of sweeping privatization and austerity to confront the island’s massive debt crisis, to the bungled Hurricane Maria recovery effort, to police abuse and gendered violence on the streets of San Juan, “Puerto Ricans are confronted with constant attacks on their communities, bodies, mental health, and very humanity,” according to Marisol Lebrón in her piece The Protests in Puerto Rico are About Life and Death. As she writes, “For Puerto Ricans, the leaked chat was only the latest reminder of the ways that their lives are devalued and their futures circumscribed by both colonial rule and the avarice of local elites.”

With this in mind, we invite you to revisit some of NACLA’s coverage of these issues in the years leading up to the most recent protests in Puerto Rico.