Statement: In Defense of Professor Keymer Avila’s Research Amid Police Violence in Venezuela

Professor Keymer Ávila has recently been the target of a smear campaign in Venezuela. 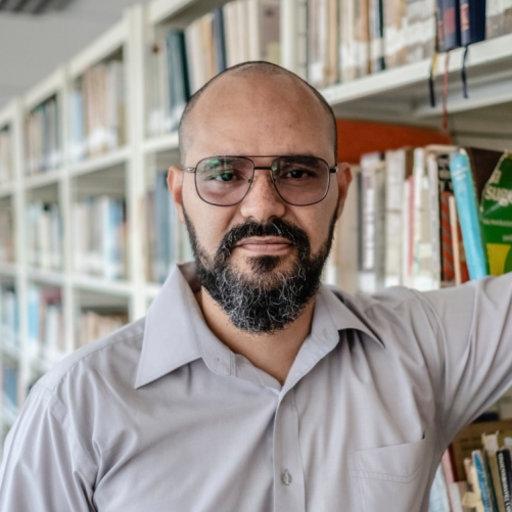 In 2017, as part of our summer issue on Prisons, Punishment, and Policing in the Americas, NACLA published a roundtable interview with several leading Venezuelan scholars of violence in a country with some of the highest murder rates in the world. Among those featured was Keymer Ávila, criminologist at the Universidad Central de Venezuela whose research in and with popular sector communities in Caracas helped expose the scale and complexity of violence against the poor under the government of Nicolás Maduro.

A rigorous researcher deeply committed to reporting on the challenges confronting Venezuela’s popular sectors as they are caught in the middle of massive webs of corruption, sanctions, shortages, and repression, Ávila’s work showcases the same commitment to careful, progressive, fact-based analysis of Latin American politics and society that has long characterized our work on behalf of social justice. It is why we were proud to publish his work on violence, as well as his report on the effects of Venezuela’s migratory waves on those left behind in the country’s popular sector communities. It is why we are proud to stand with Professor Ávila in the face of attacks on his character and his research.

Over the last few weeks, Professor Keymer Ávila has been the target of a smear campaign launched by the news daily "Ciudad CCS,” published out of Caracas City Hall, with baseless claims that aim to discredit and criminalize independent research findings on a problem crucial to the future of Latin American societies. Similar campaigns have already been carried out against organizations working to denounce violations against the right to life and personal integrity in popular sector communities.

These campaigns resort to the most basic argumentative fallacy: delegitimize the messenger to avoid any debate on fundamental issues and hide the relentless truth of the message.

In the face of this attack we the undersigned, researchers and academics working in a variety of fields, support and defend the preservation of one of the foundational principles of our profession: the scientific production of data, materials, and evidence that may contribute to debates at the service of the common good. We stress Professor Keymer Ávila’s distinguished academic trajectory and we join our voices to those of different organizations of various political stripes that have denounced the use of lethal force targeting Venezuelan popular sectors over the last few years.

This smear campaign is silent on the fact that since 2015, when the militarized operations known as "People’s Liberation Operations"—OLPs in Spanish—were launched, followed [in 2016] by the creation of the Special Action Forces—FAES in Spanish—of the National Police, the government has unleashed a policy of bloodshed against the poorest and most vulnerable sectors of the country.

Official figures published by the Minister of the Interior Néstor Reverol reveal significant increases in violent deaths registered as "resisting authority," that since 2016 number more than 4900 cases per year. The scale of this increase, and the field surveys carried out by different organizations and researchers, expose that extra-judicial killing has become state policy aimed at the poor and, especially, at young men in popular sector neighborhoods.

Testimonies by those who have been the victims of police operations highlight the excessive violence to which communities, families, mothers, daughters and sons of murdered youth are exposed. In addition, the Venezuelan state has steadfastly denied this reality, and therefore, has refused reparations and the restitution of rights to those affected by "iron fist" policies.

The report by the "Use of Lethal Force in Latin America Monitor," one of the targets of the campaign we denounce, is an initiative by well-known researchers and academics from Mexico, Colombia, El Salvador, Brazil and Venezuela. Professor Ávila was in charge of the chapter on this last country, and it draws on figures from two sources: the first, consisting of official data from the Ministry of the Interior, which allow us to approximate the scale of the phenomenon under review; the second is comprised of a systematic investigation undertaken by the researcher, from a group of cases drawn from secondary sources, whose configuration is - in view of its size and its compatibility with official sources – well within standard methodological parameters used in the social sciences to estimate different proportions found in the data. Accordingly, its scientific validity is more than confirmed.

Keymer Avila is professor in both the undergraduate and graduate programs at the Universidad Central de Venezuela (UCV) and researcher at Criminal Science Institute. He is the author of numerous publications, both in refereed journals and public facing media. He has also advised the Ministry of Justice and the Police General Counsel, as well as various national and International Human Rights NGOs.

We believe that the production and diffusion of knowledge based on evidence is indispensable to confront the threats facing Latin America’s current context, where people are demanding significant improvements in their political and institutional systems, and which may lead to more democracy and the effective exercise of civil, political, economic, social and cultural rights.

May this statement reveal the extent of support for Professor Ávila's work, and which any social sector that so wishes may join. Those who attack his research do not harm the university or the social organizations that shine a light on institutional atrocities; instead they hurt the country, the poor, all the people and communities that have fallen victim to extermination practices executed by the state’s forces of repression. Far from "defending a national project," these attacks legitimize, strengthen, and encourage the mass production of violent deaths in Venezuela, as well as the resulting depths of pain and mourning to which thousands of Venezuelans are subjected.

We urgently call for an in-depth and responsible debate on deaths perpetrated by the state, and impress on the need to establish mechanisms for accessing truth and reparations for victims. We support all those who work and research to register, denounce, and resist the wave of institutionalized, lethal violence. Finally, we express our complete solidarity with the survivors of this violence, with the mothers and relatives of the victims whose lives have been cut short by the state apparatus.