The Legacy of Samir Flores, One Year Later

The activist and journalist Samir Flores was killed one year ago. His community is still seeking answers—and continuing his fight. 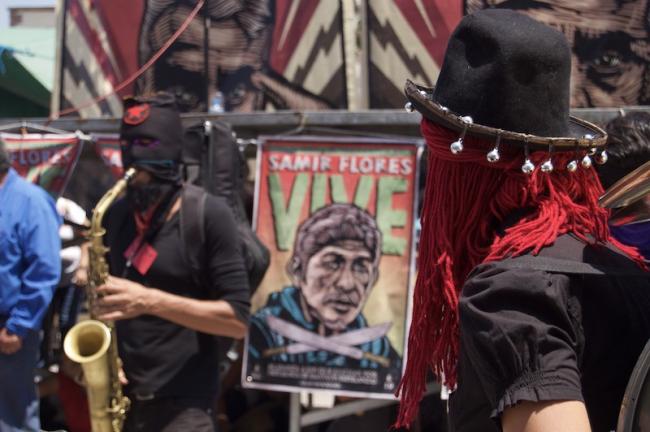 At this time last year, the Nahua community of Amilcingo, Morelos was caught in a series of social struggles. The government was about to implement a regional consultation vote on the Proyecto Integral Morelos (PIM), an energy megaproject involving a thermoelectric plant in nearby Huexca and a gas pipeline that would cross through Amilcingo. Activists from the town had been particularly vocal in their opposition to the project, as part of the coalition Frente Nacional de Pueblos en Defensa del Territorio y Agua Puebla Morelos Tlaxcala (FPDTA-PMT), a group encompassing land struggles in three states. Coincidentally, the referendum wouldn’t have voting booths in the town of several thousand. Local activists presumed this was because of Amilcingo’s vocal opposition to the project—and to the referendum itself. On top of that, the town had spent months fighting for state accreditation of its primary school, which operated without state resources and on a teaching staff of volunteers.

Samir Flores Soberanes, a local community radio broadcaster and activist, played a central role in both of the fights. Early in the morning February 20, 2019, though—just days before the consultation vote—Flores was shot in the head outside his home. Despite the widespread regional and national protests sparked by his murder, after the elapse of a year, authorities have yet to release any advances in the investigation of Flores’s death.

Flores was a vocal advocate for Indigenous rights and land protection, a member of the FDPTA and the Indigenous Governance Council (CIG), a Zapatista-affiliated organization of Indigenous groups across Mexico. In 2013, he founded the community radio station Radio Amiltzinko. Each morning, he would broadcast news reports from the radio’s headquarters in the center of Amilcingo. He discussed, among other things, the negative effects of the Proyecto Integral Morelos, and he urged listeners to resist the project.

Despite suspicions that the murder could have been linked to the upcoming plebiscite, and demands for its cancellation, the vote took place as planned. On the day of the vote, Amilcingo residents burned ballot urns in neighboring towns in protest. The project was approved, with nearly 60 percent voting in favor. This past July, though, a judge in Morelos’s 9th District ruled in Amilcingo’s favor on the injunction against the Morelos pipeline, due to the project’s execution having violated the community’s right for a free and informed prior consultation. The gas pipeline project has been suspended, and it won’t pass through Amilcingo.

Leo Perez, who collaborated with Samir in Radio Amiltzinko and continues to broadcast on the radio, says the cancellation felt like a small vindication for Amilcingo and the FDPTA. “We were really happy,” Perez says. “We don’t want his death to have been in vain. He suffered so his people would be okay.” 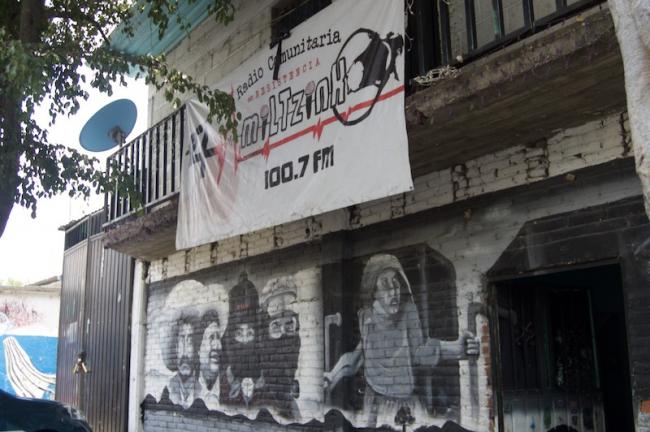 Now, though, the state is courting nearby towns to accept the rerouted pipeline’s passage through their region. “It was a victory for our struggle, but now there’s a lot of pressure in other towns through offers for social programs so they agree to the pipeline,” Perez says. “We’re still fighting. We don’t want another town to be tricked.”

The state has recognized Amilcingo’s elementary school, which Amilcingo human rights defender Samantha César, also a member of the FDPTA, says is now fully operating. Amilcingo renamed the school: Escuela Primaria Samir Flores Soberanes. “Samir had to die for it to be recognized, and now it has his name,” César says.

Currently, the investigation of Flores’ death falls under the care of the Morelos state prosecutor. He told press last year that the office would pursue six lines of investigation: connections to organized crime, groups in favor of the PIM, political interests, Flores’s role in the community radio, a labor conflict Flores had had years before in the municipality of Temoac, and conflict related to the primary school.

Local activists have seen no advances in the investigation of Flores’s murder. Activists believe the murder is related to his resistance to the PIM, but the authorities haven’t released any information with respect to any of the lines of investigation. César says that the little work they have witnessed has seemed like a way to intimidate those who were involved in the PIM struggle. “Two months ago some people [from the FDPTA] were cited to testify, but no one on the other side,” César says. “The investigation hasn’t been fair. It seems like there’s not a lot of interest in pursuing the investigation process.”

That lack of interest, among other things, has led César and others to push for Mexico’s Attorney General (FGR) to prosecute the case. They’ve met resistance, though. “They say it’s a local case,” César says. “We say that of course it has national relevance, because he was a human rights activist and a land defender.” 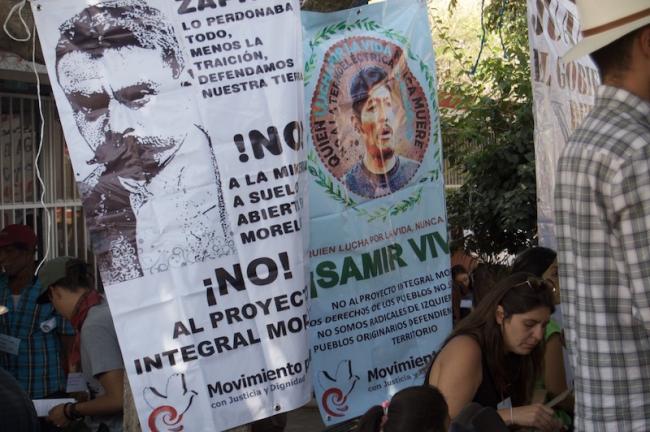 On the national level, Indigenous communities continue to see the government push megaprojects like the PIM through spurious consultation votes. In southern Mexico, the Tren Maya tourism project and the Transístmico industrial corridor have moved forward despite widespread opposition from Indigenous communities and reports that protocols for an Indigenous consultation haven’t been respected. César sees those struggles as a continuation of Flores’s work. “We’re demanding justice for Samir, but also for all the disappeared people and people who fight for land and our rights as Indigenous people in the face of an extractivist political economy,” César says. “We see it with the Tren Maya, with the Transistmico, the Proyecto Integral Morelos. AMLO is obsessed with implementing these projects despite the clear opposition from Indigenous people and despite them bringing poverty, destruction, and plunder of our territory.”

Cesar says that the fight against the Proyecto Integral Morelos is now in its second phase. In addition to demanding the cancellation of the PIM, the FPDTA continues to face repression as they fight against the incursion of megaprojects in Puebla, Morelos, and Tlaxcala. In Zacatepec, Puebla, they have campaigned against an industrial wastewater plant, which will house drainage from textile factories, that they say will affect the Río Metlapanapa and local water supply. The National Guard met an October protest against the project with tear gas and rubber bullets. And on January 24, FPDTA member Miguel López Vega, active in both the Zacatepec and PIM struggles, was arrested on trumped-up charges as he left a government office in Puebla. He was released five days later, after two of the three charges against him were dropped, but César sees his arrest as part of the government’s continued targeting of land activists.

Flores’s struggle for Indigenous communities’ right to defend their land continues in the form of the continued resistance to the PIM and other megaprojects in Indigenous communities. To commemorate Flores, the National Indigenous Congress and the Indigenous Governance Council (CNI-CIG) will conduct three days of activities under the banner of the Samir Somos Todas y Todos Days in Defense of Territory and Mother Earth. On February 20, the anniversary of his death, Amilcingo will host religious, cultural, and political activities. The following day, a march, convoked by the EZLN and the CNI-CIG, will take place in Mexico City. On February 22, Amilcingo will host an National Assembly fot Defense of Territory and Mother Earth, with attendees from across the country. Additionally, movements of solidarity with the CNI have planned protests and cultural events across Mexico and internationally to commemorate Samir, from cultural events in San Cristobal de las Casas to protests at the Mexican Consulate in Seattle.

“We need to maintain this form of reminding ourselves that Samir is still with us,” Cesar says. “We continue demanding respect for our rights as a people. We won’t agree to simulations of democracy.”