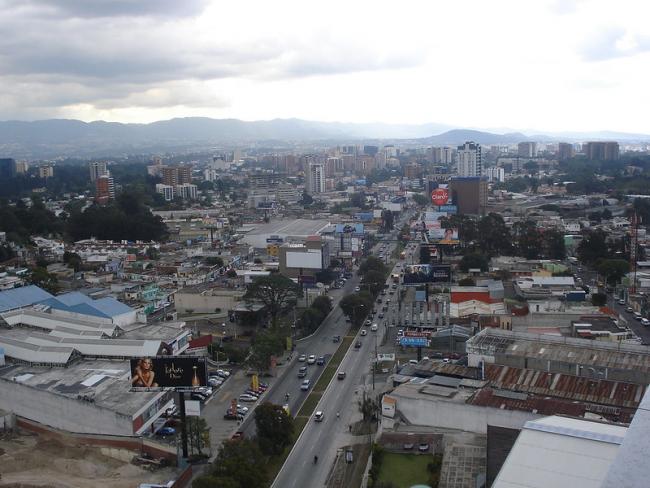 Guatemala’s only public psychiatric hospital has been described as a “dumping ground” for people with disabilities. After the first reported case of Covid-19 reached the facility, disability rights advocates fear patients will be treated as disposable.

Silvia Quan, a Guatemalan disability rights activist and president of the Colectivo Vida Independiente, said wards at Federico Mora are “saturated” and unsanitary. “Staff are low, and not qualified to do the job,” she added.

For years, the Federico Mora mental health facility in Guatemala City has had a notorious record. Investigators have accused the hospital of inhumane conditions, sexual assault of sedated patients, and physically restraining patients in a manner that amounts to torture.

The Inter-American Commission on Human Rights has noted the “deplorable conditions'' of detention and called on the government to close the facility. Experts have continued to visit and monitor Federico Mora at least once a year. But due to the pandemic, its gates have been shut to visitors in recent months.

Now campaigners and independent investigators are only able to gain information about what happens inside the facility through staff leaks.

On April 24, local press reported that a nurse at Federico Mora had tested positive for Covid-19. Information from sources suggest that at least half of the staff are now in quarantine. It has not been confirmed how many patients have been infected with Covid-19, but leading disability rights activists believe it has already spread throughout the institution. They fear for the safety of the 321 residents, who advocates refer to as “detainees” given the coercive conditions they face.

“There’s a lot of unreported cases of mysterious deaths of patients, and of course, a lot of abuse and sexual violence going on inside the institution,” said Quan, who has a prominent history in human rights advocacy and was involved in drafting the UN Convention on the Rights of Persons with Disabilities (CRPD).

“The physical conditions have not changed either,” she added. “The facilities are pretty run down, and hygiene is not a priority. And that is of course what is very concerning regarding Covid-19.” Guatemala has reported over 500 deaths related to Covid-19 and the government announced additional restrictions in mid-June as new cases peaked.

Disability Rights International (DRI), an international charity that campaigns for the rights of people with disabilities, sent an urgent appeal to the United Nations in May calling for immediate protections for the patients and staff at Federico Mora.

“In that kind of environment, I can’t imagine anyone would escape alive,” said Laurie Ahern, president of DRI.

The organization has called for immediate government intervention to test patients, provide care to those exposed, and immediately remove anyone who has not yet contracted the virus.

Federico Mora is already the subject of a case before the Inter-American Commission on Human Rights, which has called on the government to protect detainees from violence, abuse, and deprivation of medical care.

Abuses were first exposed when investigators found inhumane conditions at the facility in 2012. DRI described it as "the most dangerous facility our investigators have witnessed anywhere in the Americas."

An exposé by the BBC in 2014 documented cases of sexual assault against sedated patients and described patients being left in their own feces.

Lisbet Brizuela, director of DRI’s Mexico office, visited the facility with a team from the organization in February. She said in an interview that the conditions had hardly changed from what was described in the 2012 report.

“They’re living in congregated environments. They’re vulnerable because of the conditions and lack of staff. We observed the population covered in urine and feces, having breakfast on floors. There are no safety measures. It’s completely unhygienic and inhuman,” Brizuela said.

DRI observed that two female patients were pregnant at the time of their visit in February, suggesting that patients continue to be vulnerable to sexual assault and rape. A hospital staff member who spoke on the condition of anonymity confirmed two patients were pregnant as the result of suspected rape by security guards who work at the facility.

The staff member described a “culture of fear and terror” working at the facility. He said no patients have tested positive for Covid-19 yet, but some staff have become ill. “We don’t have sufficient protection equipment,” he said.

A nurse who asked to remain anonymous said the hospital and staff do their best to provide “accommodation, food, clothing, food, treatment, within the confines of what’s available at the hospital.” She said they currently have limited staff numbers. Many are not working because they are isolating due to their own vulnerabilities to the virus.

Activists claim the Guatemalan government is neglecting the staff and patients at the institution. It is believed four migrants deported from the United States will be detained in Federico Mora, despite having tested positive for the virus. In addition to psychiatric patients, the facility also houses individuals in conflict with the law, including incarcerated people declared mentally unfit for trial.

“It shows how authorities view this hospital, not as a hospital but as a dumping ground,” said DRI’s Ahern. “It’s a warehouse for humans who are mainly [deemed] not useful for society, like deported migrants or prisoners.”

The conditions at Federico Mora reflect the country’s attitude towards people with disabilities. Guatemala has no dedicated mental health legislation, and mental health expenditures make up just 1.46 percent of the government’s total health budget.

“Disability rights have been stalled in time for more than 20 years,” said Quan. “Guatemala did ratify CRPD in 2009, which mandates that there has to be a legal reform to harmonize national legislation and policies to be consistent with the convention. But that has not happened.”

Guatemala’s health system is marked by deep inequities. With no universal healthcare system, the health sector is “fragmented and segmented,” according to the World Health Organization. In the wake of the Peace Accords, ending 36 years of bloody internal armed conflict, neoliberal reforms laid the groundwork for a patchwork system, locking in poor health outcomes for poor Guatemalans. For the country’s large Indigenous population, language barriers complicate access to health care. In mental health, Guatemala has one psychiatrist for every 200,000 people.

Disability rights groups like DRI campaign for community-based support for people with disabilities. They say this would be better than placing them in facilities where they are at risk to underfunded support services and a lack of personalized care. Advocates say that people with disabilities who are institutionalized do not receive any meaningful rehabilitation that allows them to be integrated into the community, and many are expected to live out the rest of their lives in a facility.

“There are hundreds of people who are detained for the simple fact of having a disability and having nowhere to go due to the lack of alternatives in the community,” DRI said.

A 2013 DRI report found that 75 percent of patients at Federico Mora did not need to remain at the facility for psychiatric reasons and could “easily be integrated into the community,” if appropriate support was available. Like many countries, Guatemala lacks community-based services and support programs for people with mental illness and disabilities and their families, leading to an overreliance on long-term institutionalization, according to IACHR.

The Guatemalan Ministry of Health and the director of Federico Mora did not respond to requests for comments.

“What is happening at Federico Mora is happening around the world wherever children or adults with disabilities are locked up in congregate settings—psychiatric hospitals, orphanages, social care homes,” he said. “In a global pandemic, there’s no time to lose in getting people safely out of these facilities before they are exposed.”

The UN special rapporteur on the rights of persons with disabilities, Catalina Devandas, has stated that: “The situation of people with disabilities who are in institutions, psychiatric facilities, and prisons is particularly serious, due to the risk of contamination and the absence of external supervision, a situation that is aggravated by the use of states of emergency due to the health crisis.”

For Quan, beyond the immediate threat, the situation represents the bigger picture of state neglect and stigma toward people with mental illnesses and disabilities.

“We feel hopelessness. We fear people have been left to die,” she said. “It is a very good projection of how people with disabilities are seen by the government and by society.”

Naomi Larsson is a British-Chilean journalist based in London. She covers social justice and human rights for publications including the Guardian, Al Jazeera, and the Telegraph. She was featured on the Forbes 30 under 30 list, and was shortlisted for an Amnesty Media Award.