The struggle to transform Puerto Rico’s flawed energy grid with locally controlled alternatives is a matter of life and death. 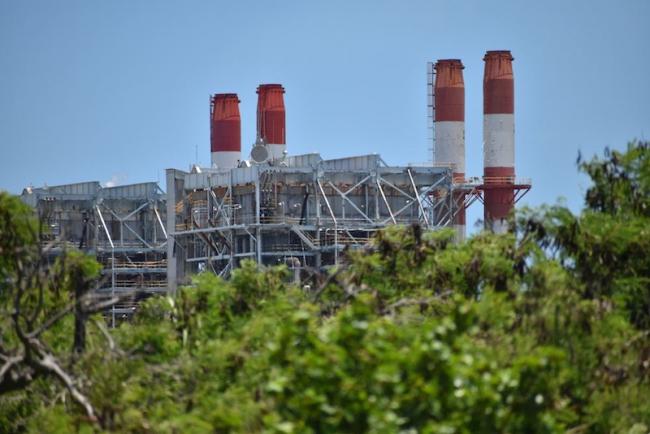 After Hurricanes Irma and María barreled down on Puerto Rico in 2017, communities in the shadow of a behemoth coal-burning power plant on the island’s southern coast spent months without electricity. Despite being within the sacrifice zone of the privately-owned plant, they— like residents across the archipelago—remained at the mercy of the fragile, centralized grid. The system runs on imported fossil fuels, primarily methane “natural” gas, bunker C residual fuel oil, diesel, and coal. The coal plant, owned by Virginia-headquartered AES Corporation, did not provide power until the grid was restored months later.

The AES plant and various other large fossil fuel-burning power complexes that supply about 98 percent of the archipelago’s electricity encapsulate the perils of Puerto Rico’s dependency on methane gas, oil, and coal and the urgent need to transform the electric system. Most of these fossil fuel plants are located in southern Puerto Rico and rely on a vulnerable, high-voltage transmission system to send electricity across the island’s central mountains to the San Juan metropolitan region in the north, where electricity demand is greatest. The 6.4 magnitude earthquake on January 7, 2020 caused another general blackout, in some locations lasting as long as a week, rattling the already precarious system.

With each power outage, the loss of human life and other detrimental harms are at stake. In the wake of the 2017 hurricane season, the most destructive in almost a century, Puerto Rico gained notoriety for experiencing the longest blackout in U.S. history and the second longest ever recorded globally. Each major power failure also represents a blow to Puerto Rico’s viability. Long blackouts propel working-aged people and their children to migrate stateside, often not returning to the archipelago. Increasingly, they are leaving behind an aging and under-resourced population.

Now, various independent initiatives aim to sustainably transform Puerto Rico’s electric system. Since 2017, a few communities—including those with rural aqueducts—small-scale farmers, and an estimated 16,000 individual homeowners scattered throughout Puerto Rico have installed or are planning to install solar photovoltaic (PV) energy systems. For instance, the community-based organization Casa Pueblo, a leader in renewable energy in Puerto Rico, is currently implementing a PV project to power the Adjuntas town center as well as local small businesses. An organization called AMANESER facilitated installation of small solar kits in the community of Veguita Zama in the municipality of Jayuya, which experienced a nine-month power outage after Hurricane María. Grassroots community collectives, like the Comité Diálogo Ambiental, the El Coquí Community Board, and the Iniciativa de Eco Desarrollo de Bahía de Jobos (IDEBAJO), have planned and partially implemented a community solar project as an alternative to the oil-burning thermoelectric Aguirre Power Complex and the AES coal plant, both located in Jobos Bay. In the community of Toro Negro, the nonprofit organization Puerto Rico Community Foundation was instrumental in the installation of a large rooftop solar array. Several other foundations and nonprofit entities have also supported the installation of PV systems with battery energy storage systems (BESS) at community centers, schools, hospitals, and other critical facilities to serve as resiliency hubs during the frequent power outages. 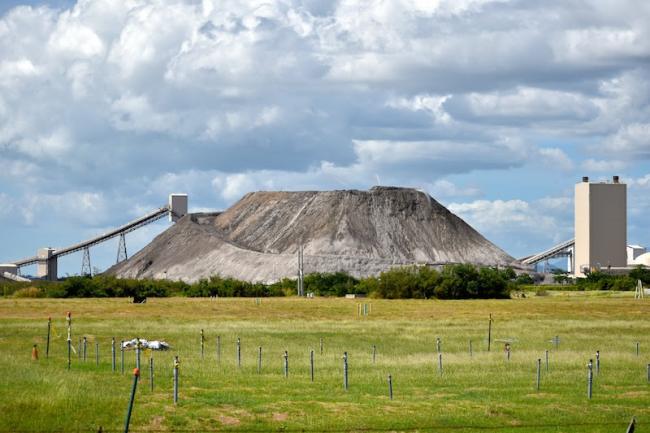 These initiatives challenge the virtual stranglehold the coal, oil, and gas industries have on the Puerto Rico Electric Power Authority (PREPA), the public corporation that provides all the archipelago’s electric power. But thus far, it appears as if each community is working on its own and “reinventing the wheel.” Puerto Rico needs to jump-start the transformation of its electric system with the development of rooftop solar communities and businesses in a concerted effort led by civil society groups. The government’s plan, outlined in the Electric Power System Transformation Law (Law 120-2018), to privatize the transmission and distribution system through concession agreements threatens these community initiatives.

Amid U.S. debates about a Green New Deal and increasing talk of green investment across Latin America, we urgently need to understand and learn from advocacy efforts for and barriers to solar energy transitions in Puerto Rico. These experiences offer lessons in how a solar transformation can fail, but also demonstrate the kind of work necessary for a genuinely just transition.

Converging and Diverging Projects and Demands

The lack of clear, publicly available information about the affordability of rooftop solar has thus far been an obstacle to people’s widespread participation as “prosumers”—people who are both producers and consumers of energy—and the transformation of PREPA. But local groups and researchers have long proposed solutions. For instance, University of Puerto Rico-Mayagüez faculty members developed a small rooftop PV prototype intended to make solar energy accessible to low-income residents, which they created to respond to the urgent need for energy in these communities. Despite more affordable financing options, PREPA participation is still necessary to make rooftop solar accessible to all. To further boost the energy transition, the local credit-union sector could provide small loans to enable individuals, communities, and businesses to acquire and install PV and BESS systems. Loan guarantees from the public sector could incentivize credit unions to invest in this financing. In addition, energy literacy programs urgently are needed to promote efficiency and participation in demand response programs.

One initiative seeking to bridge the gap is Queremos Sol, a platform of civil society groups— including community, environmental, labor, and academic organizations—that seeks to sustainably transform Puerto Rico’s grid. The coalition launched a proposal in October 2018 detailing objectives and mechanisms to reach a goal of 100 percent renewable generation by 2050. The plan proposes incremental advances in energy efficiency, demand response programs, and onsite and community rooftop solar projects to expand renewable power generation. The proposal, which stems from a previous UPR faculty initiative known as La Mesa de Diálogo Energético (Energy Dialogue Roundtable), also includes specific recommendations for democratizing PREPA’s governance to include communities and workers. Concerned about the role of fossil fuels in the climate crisis, Queremos Sol participants seek to promote a public discussion across multiple sectors about the consequences of the archipelago’s energy sources.

Shortly after the release of the Queremos Sol platform, Puerto Rico’s Senate rolled out a bill committed to achieving 100 percent renewable energy by 2050, which later became the Puerto Rico Energy Public Policy Act (Law 17-2019). Then-governor Ricardo Rosselló also soon embraced the same timeline and goal. Yet, there are extreme disparities in how Queremos Sol, the proponents of the new law, and the former governor and the executive branch have proposed to transform Puerto Rico’s electric system. Stateside media heralded the Energy Public Policy Act as Puerto Rico’s Green New Deal, but it is far from that.