Mutual Aid and Survival as Resistance in Puerto Rico

Faced with an onslaught of disasters and the injustices of colonialism, Puerto Rican communities have bet on their own survival. Their mutual aid efforts testify to both the power of grassroots organizing and the scale of state neglect. 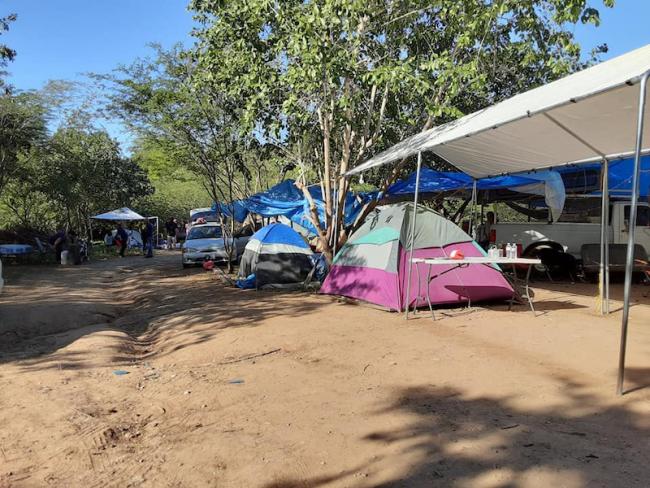 I grew up hearing a common saying in Puerto Rico: “Mándeme más si más me merezco”—send me more if I deserve more. I always heard this used to signal suffering. It was a way to indicate that a higher being was “sending” obstacles and that you should be able to manage them or overcome the hardship. The phrase likely feels fitting for many people across the world to sum up the experience of the year 2020 so far.

As I scroll through social media and come across memes that capture that sentiment—what else is 2020 going to throw at humanity?—I think of Puerto Rico. But for Puerto Rico, it is not only 2020 that has brought disasters, death, and suffering. Rather, 2020 has been a more complicated year than usual because its crises have a compounding effect. People in Puerto Rico have long endured colonialism, corruption, and a deep economic recession. Then, in 2017, two major hurricanes devastated the archipelago amid an ongoing debt crisis. Thousands of Puerto Ricans died as a result of Hurricane María and thousands more lost their homes. A little over two years later, a 6.4-magnitude earthquake was felt across Puerto Rico on January 7, 2020, plunging the archipelago into a total power blackout for days. Though earthquakes are common in Puerto Rico, they are usually not very strong, and it had been more than 100 years since one had caused homes to crack and collapse. All these events, realities, and experiences amplified the effects of the next crisis.

And yet, in Puerto Rico there’s another common saying: Solo el pueblo salva al pueblo—only the people save the people. This mantra became a rallying cry for Puerto Ricans on the archipelago and in the diaspora in Hurricane María’s devastating aftermath. Puerto Rico is a colony of the United States, and despite being U.S. citizens, Puerto Ricans are relegated, as are other colonial subjects, to second-class citizenship. The inequalities of this relationship are lived on all fronts, from political disenfranchisement at the federal level to the management of disaster aid at the local level. Since the Obama administration assigned a fiscal oversight board in 2016 to manage Puerto Rico’s budget in the face of its multimillion-dollar debt load, it has become increasingly clear that no one is going to step in and do right by the people of Puerto Rico.

This realization has led to increased grassroots organization focused on addressing the immediate needs of different sectors of the population. During a 2017 student strike against austerity and cuts to public education at the University of Puerto Rico (UPR), activists organized comedores sociales, community kitchens for socialized food distribution. The initiative grew out of earlier student organizing to address food insecurity on UPR campuses in 2013. These efforts aimed to assure that the basic needs of people suffering hunger would be met at least in some small way, and these experiences would become all the more important when the next crises hit.

Mutual aid in Puerto Rico is a story about injustice and lack of access to resources and power channeled into action in order to survive. Tired of watching people die after Hurricane María, Puerto Ricans needed to do two things: fill the immediate gaps in order to keep people alive and, at the same time, continue to demand accountability and action from governments. Disaster relief funds and supplies were slow to reach communities in need. Some people buried their dead in their backyards, thousands left for the U.S. mainland, and a year after the hurricane some people were still living without electrical service. It was evident: The state had collapsed. The protest signs that read “Only the people save the people” took on a new and raw meaning.

If Puerto Ricans were to wait for the state—federal or local—to address the absolute devastation and lack of resources, many would die waiting. During that time, multiple organizations—mostly based on grassroots groups that existed prior to the hurricane—quickly organized to channel aid. The Brigada Solidaria del Oeste (Solidarity Brigade of the West), ISER Caribe, Puerto Rico Rises–Forever Preciosa, and the Centros de Apoyo Mutuo (Centers for Mutual Aid) are some examples of the multiple organizations and initiatives that helped with collecting and distributing supplies and rebuilding. All Puerto Ricans gained some level of experience with these activities. 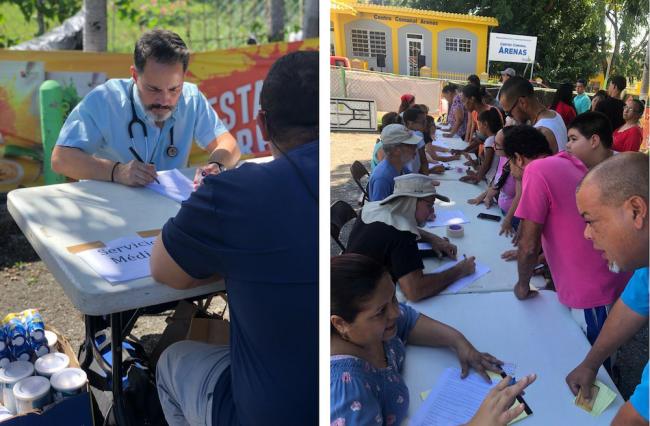 Amid these grassroots efforts, the concept of mutual aid—and the idea that doing something for your neighbors meant also doing something for yourself—gained traction. I am an activist and a scholar and, having been an activist far longer than I have been a scholar, I have tried my best to use my anthropological skills to support community organizing and mutual aid efforts. Community-based work in the face of multiple crises in Arenas, a small community Puerto Rico’s Guánica municipality, shows just how crucial these lessons would be in 2020.

From Aftershocks to Mutual Aid

The earthquake that woke Puerto Ricans up on January 7, 2020 was felt in every town across the archipelago. Hurricane María left the entirety of Puerto Rico cut off and in a terrible state, but the earthquake’s destruction was more localized, specifically in the towns of the Southwest and in the central mountainous region. The type of disaster was also novel. After a hurricane passes, you step outside and start cleaning up. Earthquakes of the magnitude we experienced do not just pass—they continue with multiple aftershocks. After the initial days of the blackout, once we could go out and purchase goods, caravans of cars loaded with water, food, camping tents, and other supplies began arriving in the most affected areas. Many communities and groups were already organized due to their experience with Hurricane María. This enabled them to immediately carry out disaster-relief work with the framework of mutual aid.

As residents and communities, we created grassroots structures and informal networks that would be critical to channeling aid and addressing the community needs quickly. It took the federal and local governments several weeks to start fulfilling their obligations. As the ground continued to tremble and shake, every weekend car and truck caravans showed up with people seeking to offer a helping hand. They looked on as damaged homes, business and places of worship came close to collapsing with every aftershock. Affected people slept in their cars, on air mattresses outside their homes, and in tents pitched on municipal baseball fields.

Isa Rodríguez Soto is an independent scholar and applied anthropologist in Puerto Rico. Her research interests include gender, health, and social movements in Puerto Rico. She received her PhD in Global Health from Arizona State University. She has coauthored articles that were published in CENTRO Journal, Journal of Hispanic Higher Education, and Current Anthropology. Email: isarodriguezsoto@gmail.com