After the interim government declared an early end to the school year, patchy internet and poverty threaten to reduce the number of low-income youth that pursue higher education. 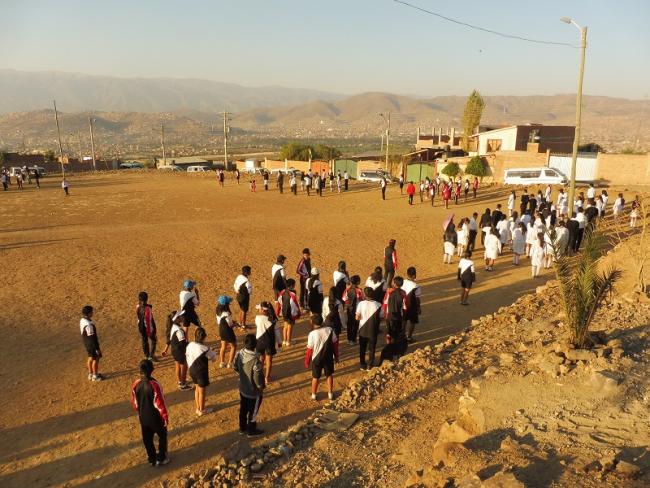 As a small nonprofit media organization, we rely on institutional support and the generous support of our readers to keep NACLA's extensive web coverage available free of charge. A donation in any amount helps to ensure we can continue providing the highest-quality coverage of the region, as we have done for over 50 years, throughout the Covid-19 pandemic, and in solidarity with the global Black Lives Matter movement. With summer drawing to a close, we humbly ask for your support. nacla.org/donate

Two weeks ago, Marco started working in a supermarket in La Paz, stacking shelves. It’s not what he was expecting from 2020, but with the coronavirus pandemic pummeling Bolivia’s economy, he appreciates the money.

“My parents ended up completely out of work and my little sister has epilepsy and the medication is very expensive,” he says.

Until last month, Marco’s days were a grueling schedule of work at a mechanic shop in the mornings, online classes in the afternoons, and homework at night. Despite the pandemic, he was keen to finish his final year at school so he could start university.

In early August, plans changed. Yerko Núñez, Bolivia’s presidency minister, announced that the school year would finish early, because with the country’s poor internet infrastructure, many children couldn’t attend classes online. Instead of sitting exams, pupils would automatically pass on to the next academic year.

Now, school leavers like Marco, 18, are faced with the prospect of graduating from high school in a deep recession, having received just a few weeks of classroom education before the pandemic hit. The pandemic came hot on the heels of the coup against Evo Morales in November 2019, when lengthy roadblocks and protests also disrupted school in many areas.

Marco was in the top three in his class before the pandemic hit and dreams of studying engineering. He hopes to find a way to pay private tuition to make up for the gaps in the public system. “Nobody in my family has studied,” he said. “I want to pave the way for my sisters.”

The decision to declare an end to the academic year soon descended into a legal wrangle split down party-political lines. A court swiftly overturned the decision on the grounds that it violated the right to education. But the Ministry of Education retorted in a testy communiqué that the decision would need to be reviewed by the Plurinational Constitutional Tribunal before it could be considered final, accusing the judge of political bias and describing the legal challenge as seeking to “damage and undermine the academic year” because of the political ties the parties who brought the action had to Morales’ party, the MAS.

A confusing limbo followed, in which many teachers continued to give online classes to rapidly dwindling numbers of pupils who increasingly viewed attendance as voluntary.

Fatima Fernández Aviles teaches computer skills in two rural communities in the hills above the town of Sacaba, near Cochabamba. She said that only half her students had phones that could handle virtual classes, and not all could afford to pay for minutes or data in any case. Several have left the village since classes finished, either to their families’ remote rural communities, or to work in the tropical Chapare region.

Fernández Aviles believes the situation has damaged students’ motivation. “When Murillo said that [the school year was over]... it was as if all the work we’d done had been in vain,” she says. “They used to come and ask me about my degree, what they had to do to get into university… Now, apparently, they won’t be able to go to university, not until next year.”

Her fear is that, despite her best efforts, some students might drop out of school entirely. “They think more about work, don’t they?”

The Morales government managed to narrow the inequality gap in Bolivia: its GINI coefficient dropped from 58.5 in 2005 to 44 in 2017, according to World Bank data. MAS educational policies included the “Yo sí puedo” adult literacy program, which was credited with drastically reducing illiteracy, followed by “Yo sí puedo seguir” general education program.

The Juancito Pinto cash transfer is a 200Bs payment aimed at encouraging children to stay in school, funded largely with the proceeds of the nationalization of the hydrocarbons sector.

The MAS government also strengthened education in Indigenous languages through educational policy and legislation requiring public functionaries to speak the Indigenous language of their region. However, in practice there is a thriving black market in language certificates. 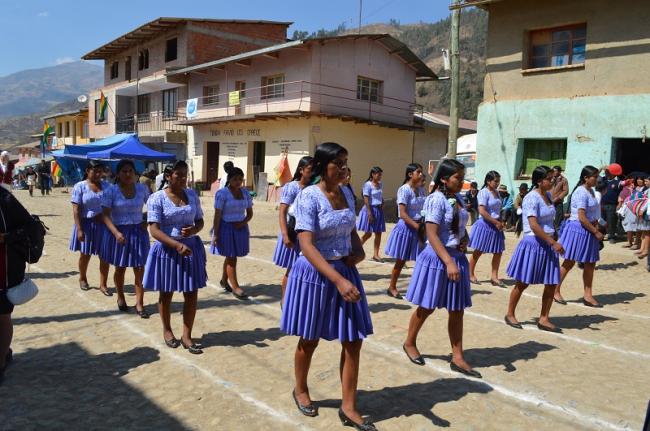 Education law 070 adopted an inter- and intra-cultural approach to education that, on paper at least, incorporated Indigenous knowledge and practices that had long been marginalized or treated as “unscientific” into the curriculum. The law was named after Avelino Siñani and Elizardo Pérez, educators at Warisata, a school on the altiplano during the 1930s where Aymara and white or mestizo Bolivians could learn side by side.

Policies such as these, as well as a series of scholarships and decentralization measures aimed at increasing access for Indigenous and disadvantaged students, made substantial progress towards democratizing the education system, according to Weimar Iño, who researches education at the Universidad Mayor de San Andrés in La Paz.

“Today, [Indigenous people] have more chances to study than they did 30 years ago,” he says. “There has been an expansion not just in terms of infrastructure, but also in terms of access.” Now, with the economy forecast to contract by over three percent, that progress could start to slide backwards.

Wealthier urban families who can afford private schools and a good internet connection may emerge almost unscathed. One teacher at a private school in Cochabamba said that all the children in her class had computers and internet access. “This measure will be very unequal,” she says. “If they’re unable to pay for private classes, it will be very difficult. Those who can pay for private classes are going to be just fine.”

The authorities are launching catch-up courses via TV and radio, while some universities are preparing their own offerings. In theory, this will allow this year’s school leavers to apply for university. But questions remain over how well this will work. “Private universities are trying to make a profit from this, like always,” said Iño.

Young people are left with a sinking suspicion that they will have to fill the gaps themselves. “Everyone has to make an effort, to fill themselves with books and Youtube tutorials,” says Estrella, 18. Like Marco, she is in her final year at school and hopes to go to university. Her name has been changed at her request. “I’ll have to take classes to catch up.”

Marco’s school has stopped giving virtual classes because most of his classmates have found alternative tuition. But because neither of his parents has regular work, his family cannot afford it. Estrella’s family is strapped for cash, too. She has had to take a job in a cheap lunch counter so they can make ends meet, even though she risks exposure to the coronavirus.

In some cases, high school leavers are facing an outright ban. Cochabamba’s public Universidad Mayor de San Simón has announced that 2020 high school leavers won’t be allowed to sit entrance exams until August 2021, a move which risks limiting university access next year to those who can afford the fees of private universities.

Unequal conditions plagued Bolivia’s educational system even before the pandemic hit, according to development economist Dr Lykke E. Andersen. The private university where she teaches offers scholarships to students from the local community, but she said that they often drop out because there is a wide gap between their academic level and those of students educated at high-quality private schools.

“Even in good schools, this will accentuate differences between the good and the not-so-good students,” she says. “It requires a lot of motivation to study by yourself.”

Despite the looming difficulties, Andersen says the recession could prompt people to study more. “It’s really difficult to foresee, but what I’ve seen in Bolivia is that when work opportunities are lacking, people tend to study, and when there are lots of jobs, people tend to drop out and work instead,” she says, giving the example that during the 2009-14 commodities boom years, there were a lot of well-paid jobs in the mining sector. Iño of the Universidad Mayor de San Andrés added that more work needs to be done to help graduates into graduate-level jobs within the country.

However, with elections scheduled for October 18, this will be a problem for the next administration to solve. MAS presidential candidate Luis Arce is topping the polls, followed by center-right former president Carlos Mesa of the Comunidad Ciudadana coalition. According to its campaign platform, Comunidad Ciudadana would seek to modernize Bolivia’s educational system, making more use of technology, increasing connectivity, and participating in PISA tests. No other candidate has more than eight percent support, although many voters are undecided.

“The government has given up on education, as far as I can tell. It will be the next government that does something,” Andersen says. “These kids are getting out under maximum uncertainty.”

Meanwhile, Marco is still juggling work, study, and family commitments, but his teachers have shown little sympathy for his situation.

“My teachers just say, ‘You have to fight for it,’” he says.

Amy Booth is a freelance journalist based in Buenos Aires, Argentina. She writes about human rights, development, politics and social affairs in Bolivia and Argentina.